Go is a fascinating game. It has very simple rules, but is very mathematically complex—even moreso than chess. In addition, it is really visually appealing (to me, anyway), played with simple black and white stones on an austere grid, on which a sort of irregular order emerges as the game progresses. 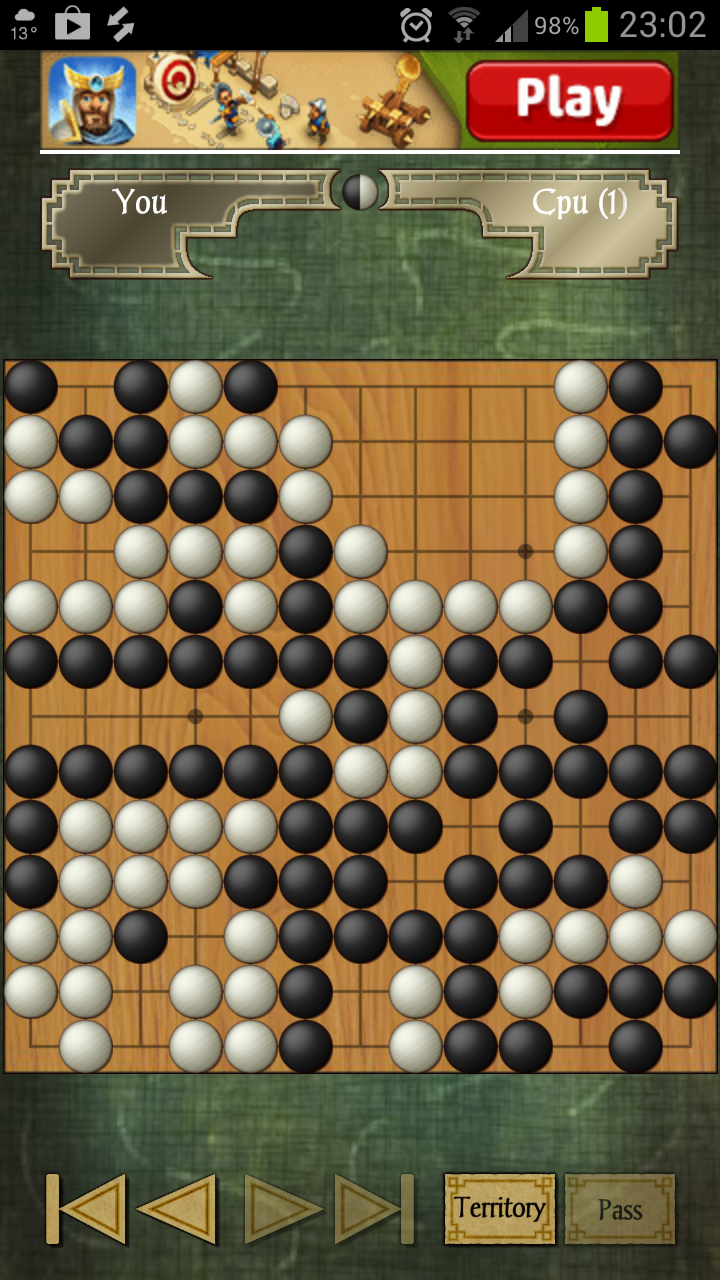 The basic concept of the gameplay is to surround your opponent's groups of stones while keeping your own stones from getting surrounded. The rules (Wikipedia is my main reference here) are:

Wikipedia explains the rules/gameplay as follows:

Vertically and horizontally adjacent stones of the same color form a chain (also called a string or group) that cannot subsequently be subdivided and, in effect, becomes a single larger stone. Only stones connected to one another by the lines on the board create a chain; stones that are diagonally adjacent are not connected. Chains may be expanded by placing additional stones on adjacent intersections, and can be connected together by placing a stone on an intersection that is adjacent to two or more chains of the same color.
A vacant point adjacent to a stone is called a liberty for that stone. Stones in a chain share their liberties. A chain of stones must have at least one liberty to remain on the board. When a chain is surrounded by opposing stones so that it has no liberties, it is captured and removed from the board.

A key element to the game of Go is the concept of "Liberties": empty intersections adjacent to a stone or chain. Liberties that are surrounded by the same chain that they belong to are called "eyes". The opponent cannot place a stone into an eye unless every other liberty is already taken (due to the rule against "suicide"); this means that a group/chain of stones with two or more eyes is impossible to capture and will remain on the board for the duration of the game.

Mathematically, I think the game concept of "liberties" can be seen as degrees of freedom where stones could potentially be added on to an existing chain/group, or where the opponent must add constraints to capture a chain/group.

Because of the way that a stone's future status (kept on the board or removed) depends on the status of neighbouring points, I'm also reminded of the mathematical concept of cellular automata (like Conway's Game of Life) although they don't have continuing human input after the initial set-up. Go's adjacency rules follow the definition of a Von Neumann neighbourhood. 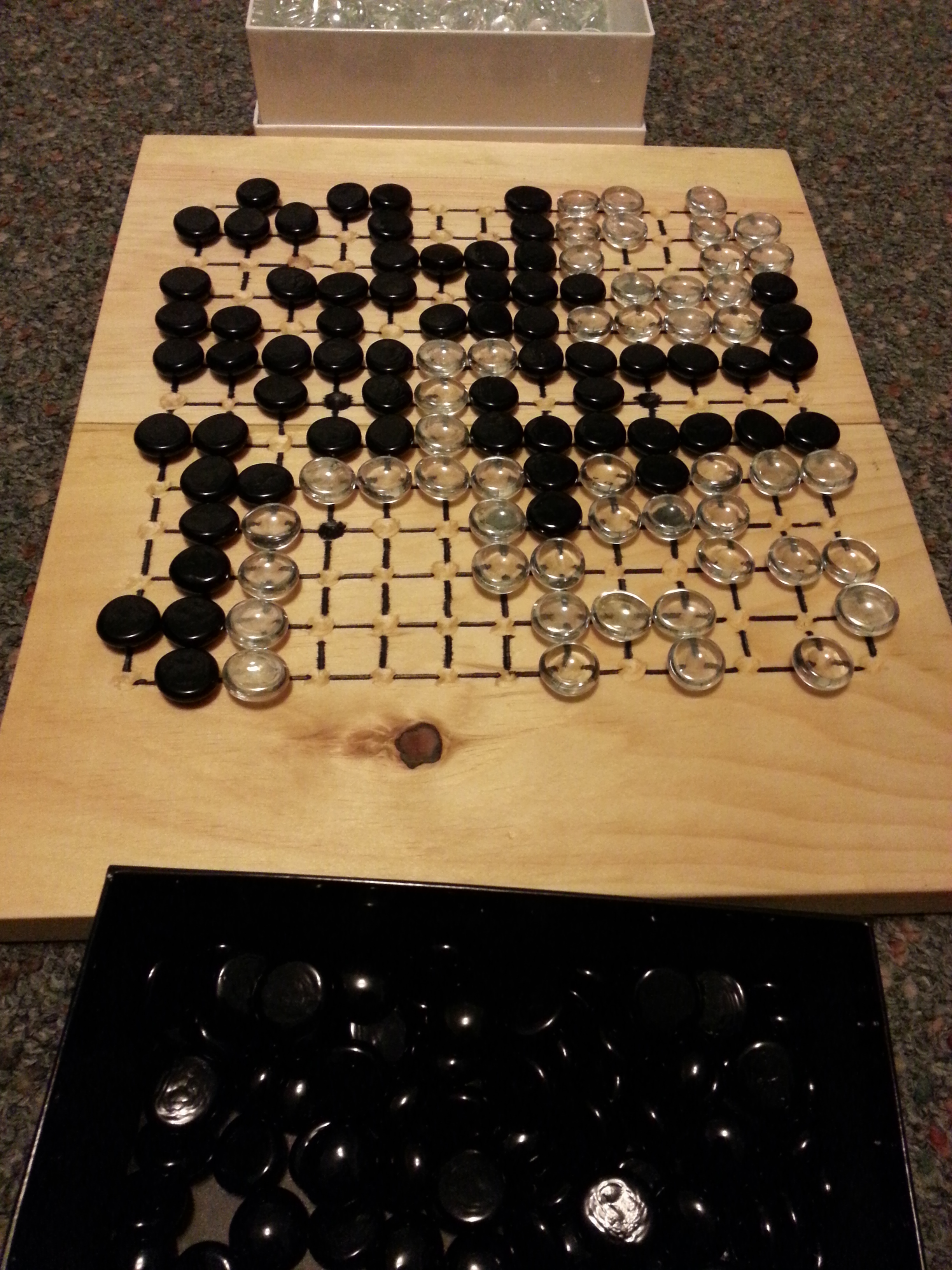 Finally, here are the top ten reasons to play go, from the US Go Association.