This post is a brief review of a board game I got recently.

I backed the campaign for the board game Privateer, on Kickstarter, back in December 2013. After a 3 year wait, it finally arrived, and had some chances to play it over the holidays. In my opinion it was worth the wait: it's an enjoyable, well-balanced game. 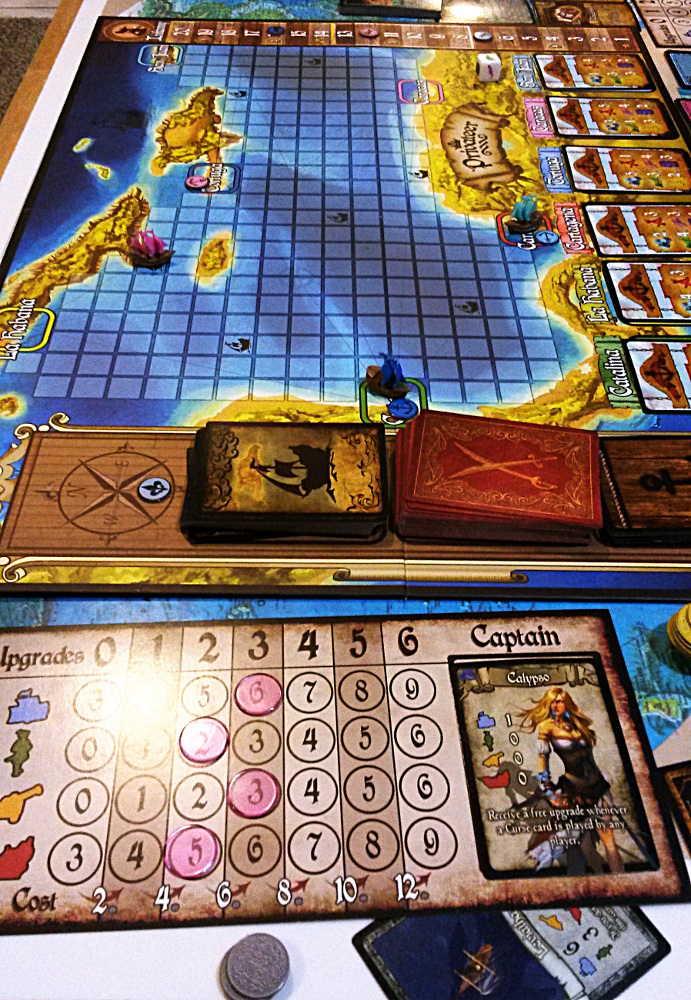 The board is a grid map of the western Caribbean, showing the ports of Catalina, Havana*, Cartagena, Tortuga*, Caracas, and San Juan. Each player has a ship token that they move around the map, trading between ports or getting into battles. The ships have a captain, selected from randomly-dealt cards at the start of the game, and can receive upgrades in four categories. The four categories are sails (movement speed), crew (odds of success on bounty card draws), cannons (combat strength), and hull (cargo capacity). Each upgrade grants a point towards winning the game; they cost progressively more at higher levels.

*These ports should be shown on the north sides of their respective islands if my geography is correct (but that would slow down the game with greater distances, so I think some artistic license is allowed).

Each player's turn starts with drawing a bounty card, which can yield an artifact or curse, or a chance to steal from or trade with other players. Next comes moving on the map (the prevailing wind direction which can be set by certain cards or abilities affects your speed). Finally, depending on the square you end on, there may be a battle or the chance to transact trades at a port.

Here is a view of the board: 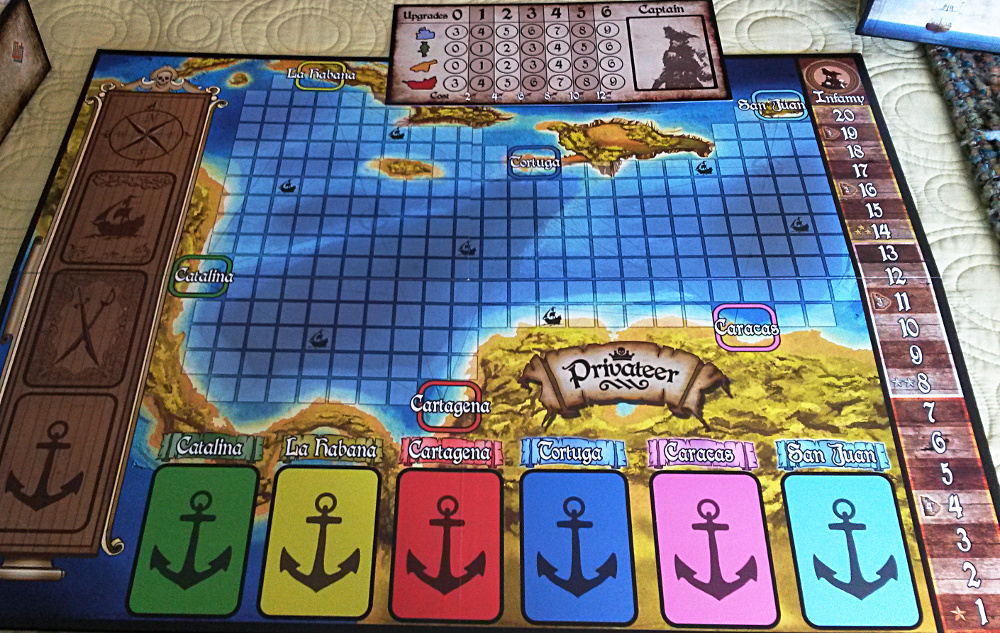 The colourful spaces at the bottom are for cards that state the prices of various trade goods for each port. Different decks to draw from are placed along the left hand side of the board; the right hand side has a ladder to track victory points ("Infamy"). At the top of the photo I've included one of the cards that each player has to track upgrades to their ship.

Here are some examples of the different types of cards in the game: 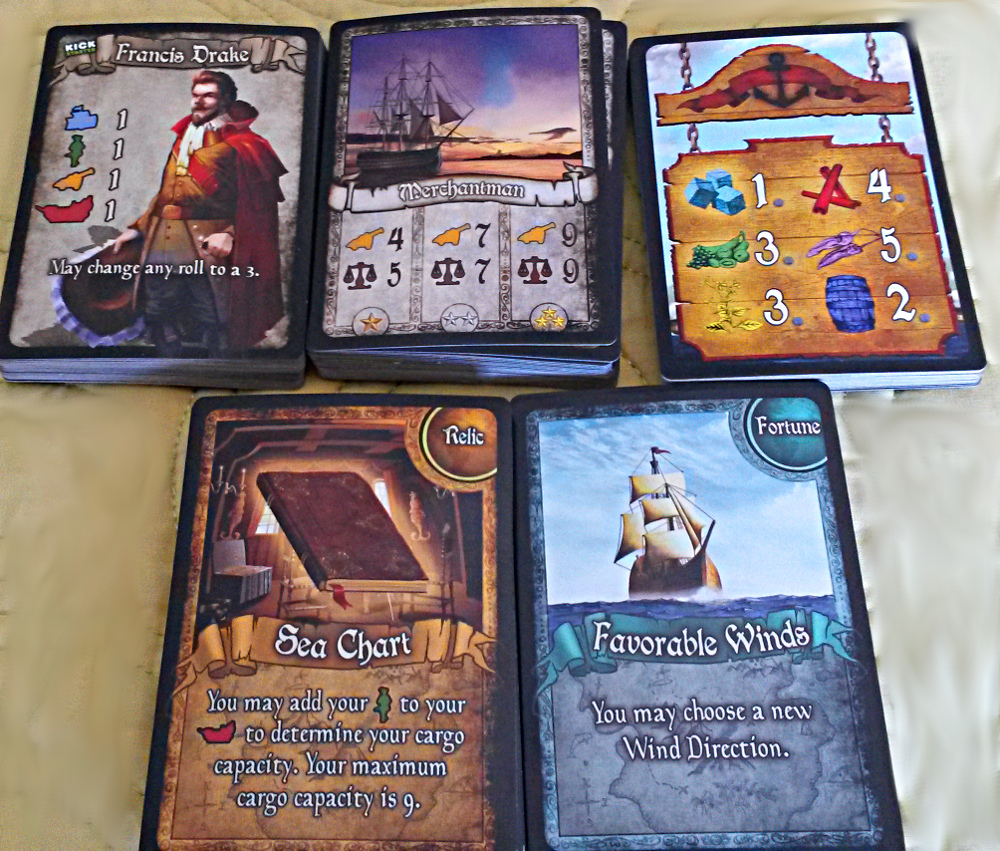 Going from left to right, starting from the top row, these cards are examples of:

The optimal strategy in playing this game will vary depending on your captain's strengths and the upgrades you prioritize (e.g. if you spend a lot on upgrading cargo capacity early in the game, you'll probably be better off avoiding combat). However, a typical game might look like this:

You can see more about this game here.