Hyla Park is a little-known park in Fredericton. I had the idea that more people might use it if there was a map available, so I decided to make one.

Hyla Park is the result of a private land conservation effort by the Nature Trust of New Brunswick. It is located just off of Greenwood Drive on Fredericton's Northside and I often bike past it on the Gibson Trail heading out to Marysville—which is one of my favourite local bike routes.

Last weekend, I went there to make a map, using the My Tracks app to log my GPS coordinates. While I was there, I saw 2 red foxes (or the same one in two different locations), a turtle, some birds, and lots of evidence of beavers (but no actual sightings of the industrious rodents).

Here is the map I made after importing my GPS log into Google Earth: 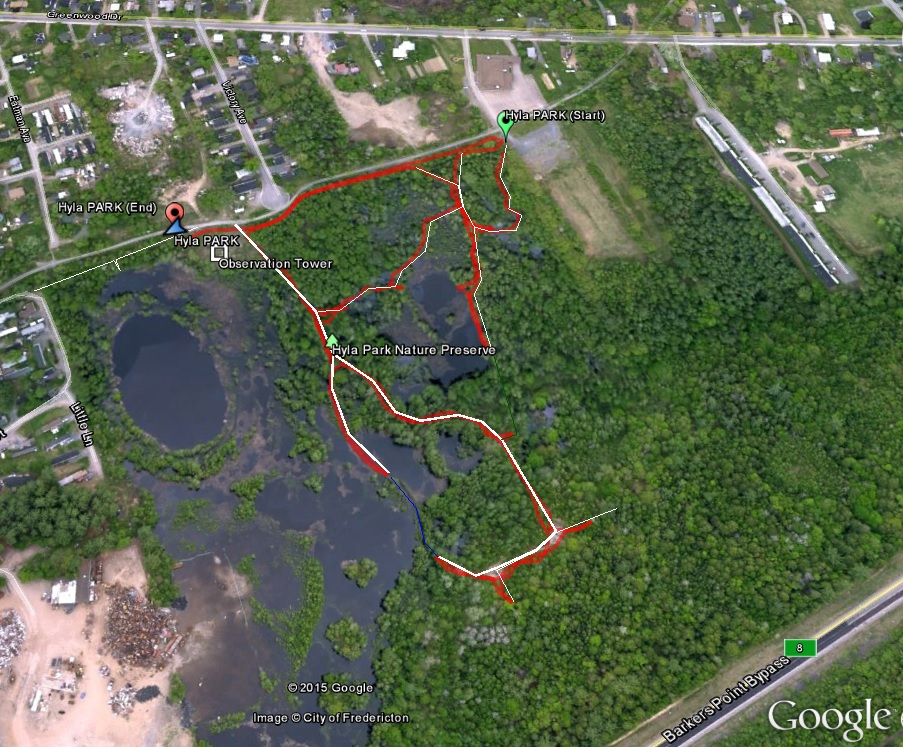 The red lines are my GPS tracks. I added white lines in Google Earth to have a cleaner map to share (.kml file available on request). The thicker lines represent the trails that are in the best condition. Once I mapped it out, it looked like some of the trails continued to make loops although they weren't passable when I went due to high water levels or overgrown conditions. I've shown these as green and blue lines.

Outside the park, getting close to the Route 8 bypass, there is a well-used trail that some of the trails in Hyla Park connect to.

I also had the idea of building an observation tower just off of Gibson trail, for a nice view out over the wetlands; a suggested location is indicated on the map above. It might also be nice to add some boardwalks to keep the trails passable in different seasons.

Here are some photos I took in the park: 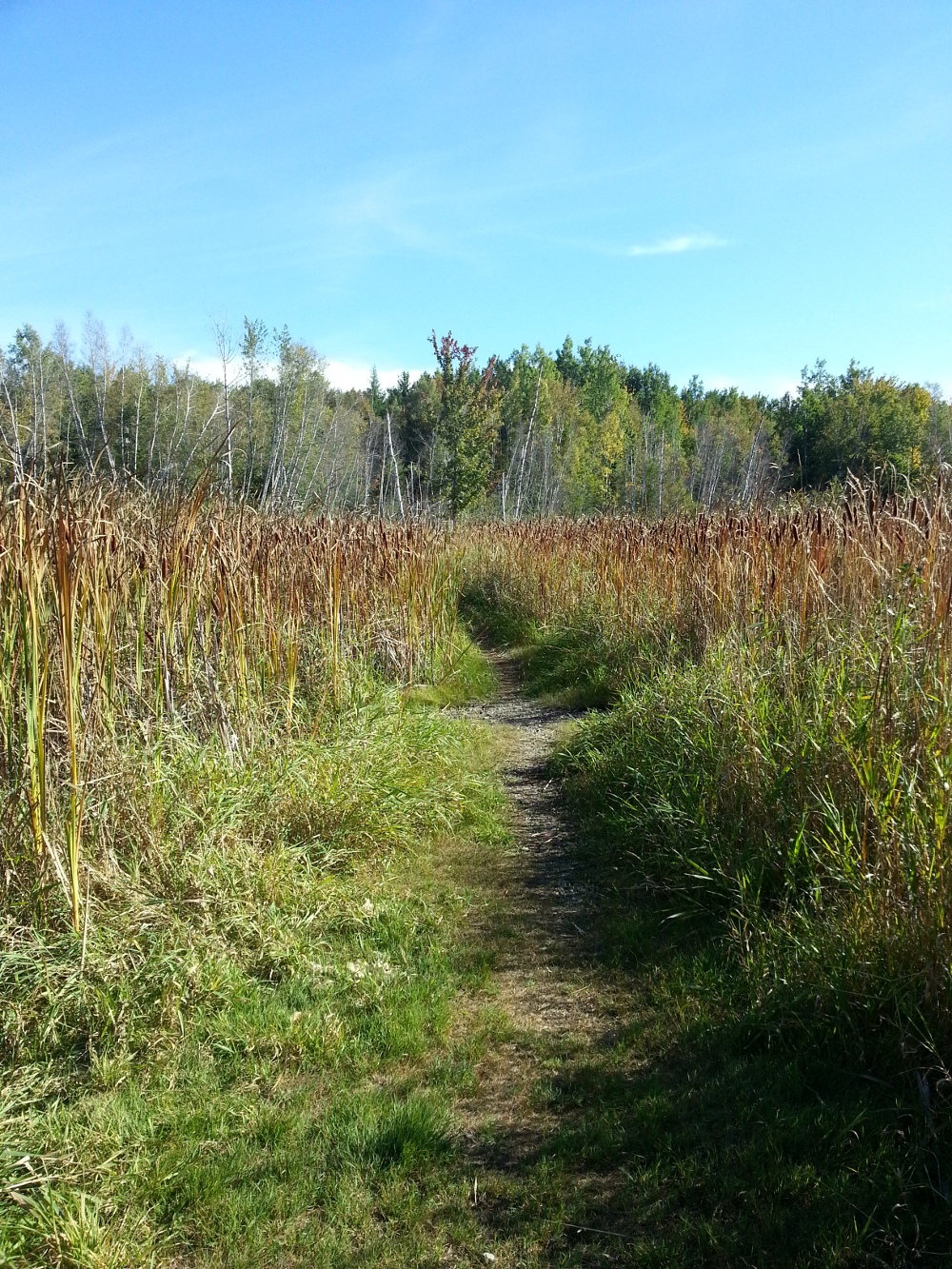 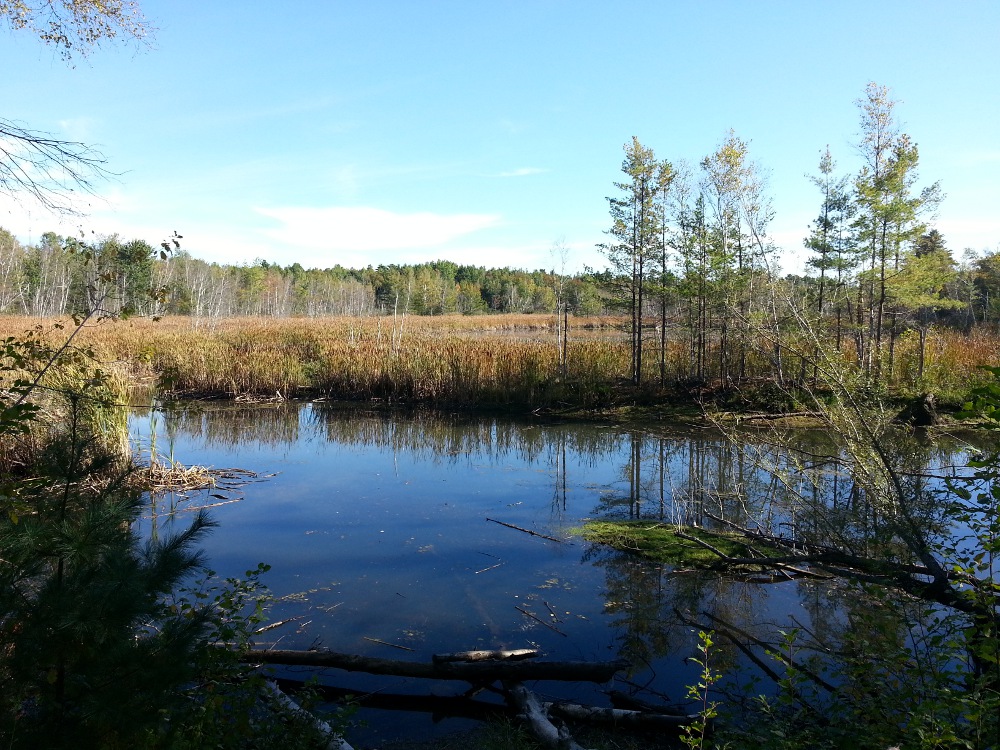 The image from Google Earth used in the map above is from a time when the water level was really high. Looking at historical imagery of Hyla Park in Google Earth is very interesting, as it shows changing water levels with seasons (and as beavers do their thing). In the winter imagery, some of the trails can be seen:

The weather is turning colder and the season for non-winter outdoor activities like hiking and kayaking is coming to an end. This post on the best bridges and boardwalks on New Brunswick trails is one I've been saving for a while (most of the

Following close on the heels of my vacation to the Pacific Northwest, I went on a business trip that included attending the WEFTEC wastewater treatment conference in Chicago (I also attended last year). Note: everything on this blog is solely my own view and