Recently I went on a hike (with my family) along Shogomoc Stream, about 45 minutes outside of Fredericton. It's a pretty cool spot, so I thought I'd share it on my blog.

Shogomoc Stream offers a couple of good reasons to visit. At the mouth of the stream, where it meets the Saint John River, there is an engineered suspension bridge for pedestrians. Hike upstream a ways, and there is a series of waterfalls to see.

The Shogomoc Suspension bridge was built as a link for biking or walking between Fredericton and Woodstock, NB. It is quite an impressive structure, with a nice view out over the river. NB Trails contributed $305,000 towards its construction; assuming this was matched by the Provincial and/or Federal government, the total cost was probably $0.5 – $1.0 million. 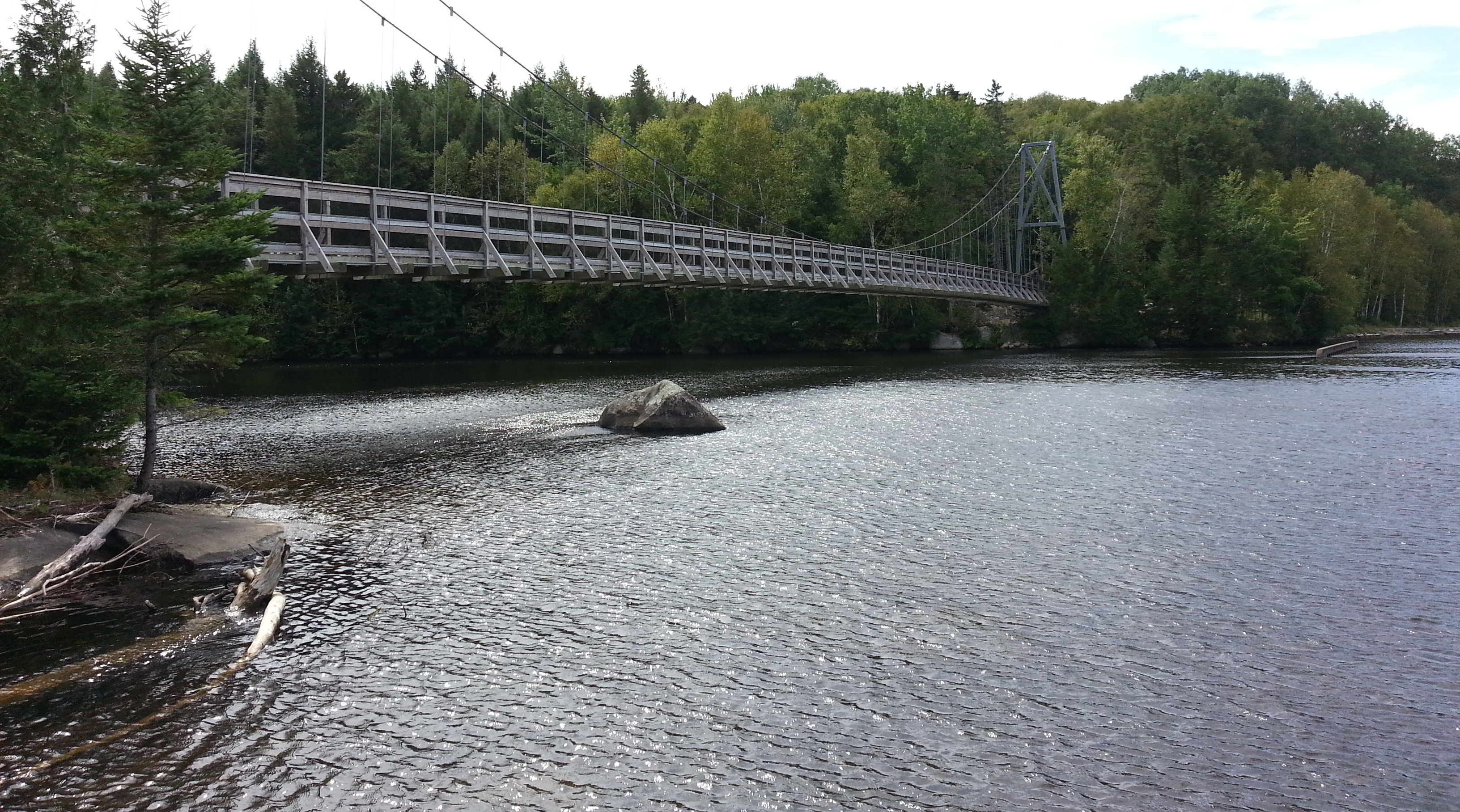 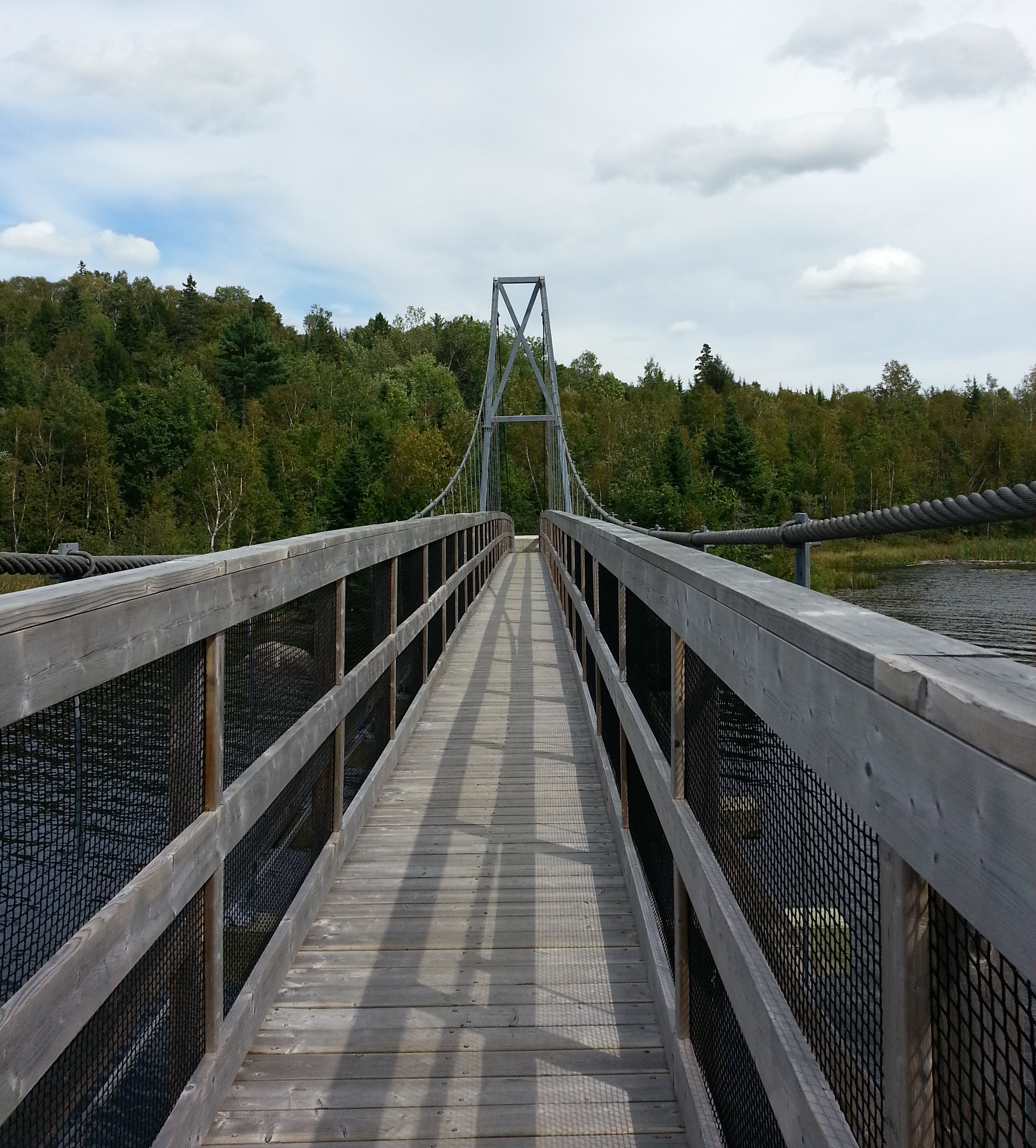 Using the MyTracks app (for Android), I logged the hike to the falls and back, which ended up being around 7 km. The image below shows it mapped in Google Earth afterwards. We could have made it a shorter distance by parking right down by the suspension bridge or by sticking closer to the path of the stream between the suspension bridge and the highway. We hiked as far as the third falls (pictured below); apparently there is a fourth falls if you continue further upstream. The condition of the trail is overgrown to non-existent in places, but it's hard to get lost as long as you stay close to the stream. 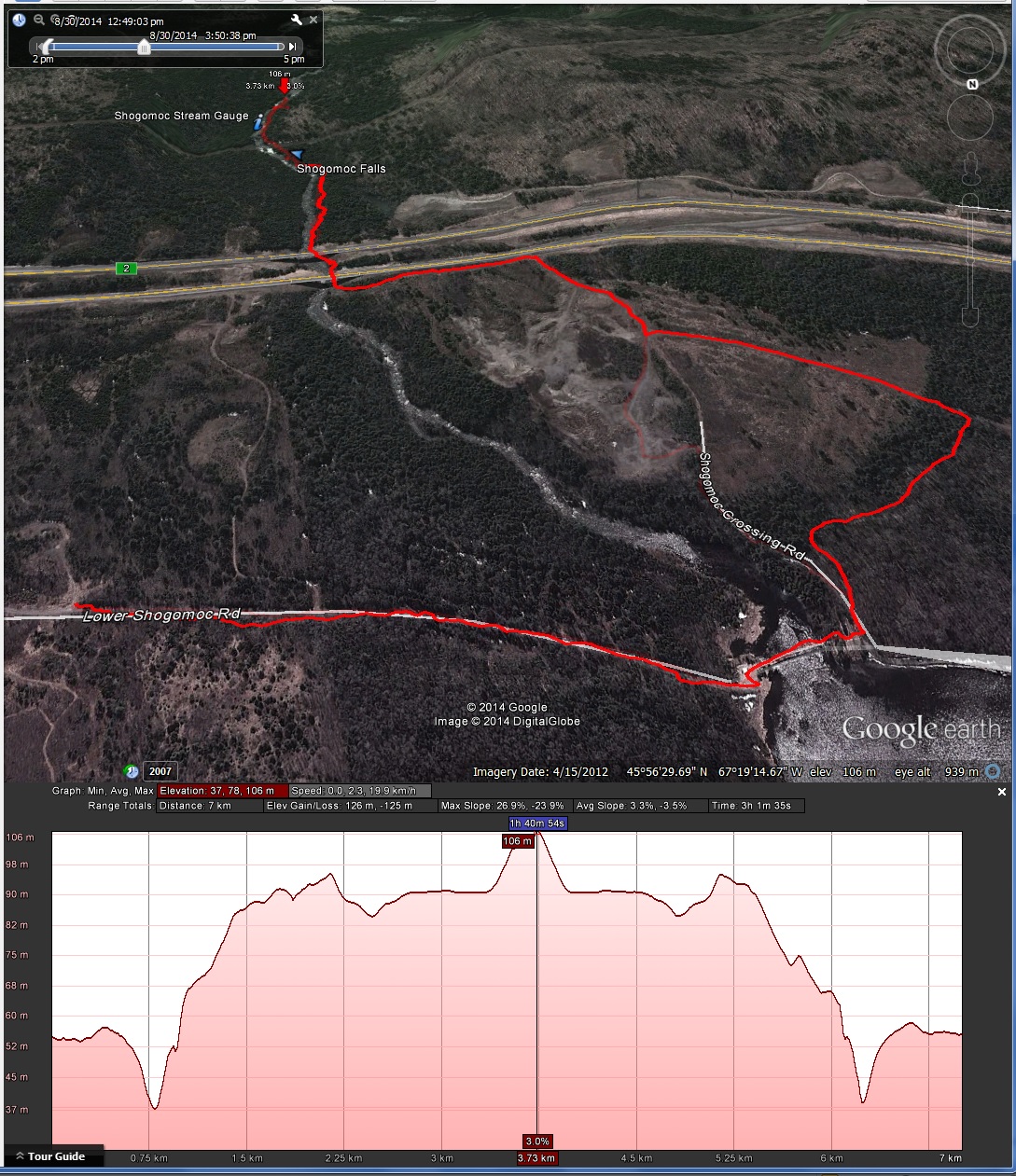 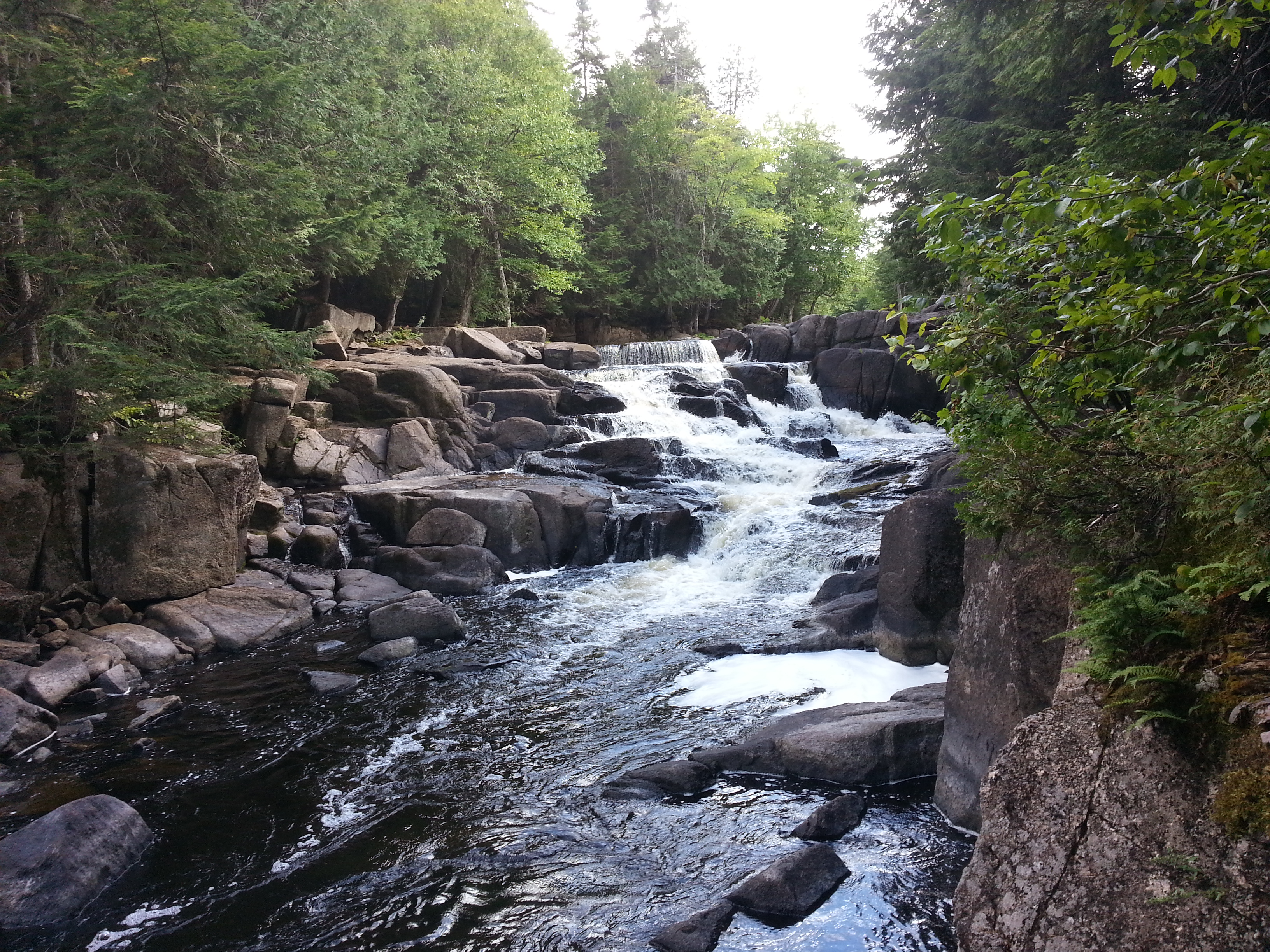 I'd be remiss if I didn't mention that I found out about these waterfalls in Nicholas Guitard's excellent book Waterfalls of New Brunswick: A Guide.

There is a stream gauging station along the Shogomoc, with the code "01AK001". You can see the current and past water level measurements here. I made a graph of the year-to-date water levels on the Canada Wateroffice website: 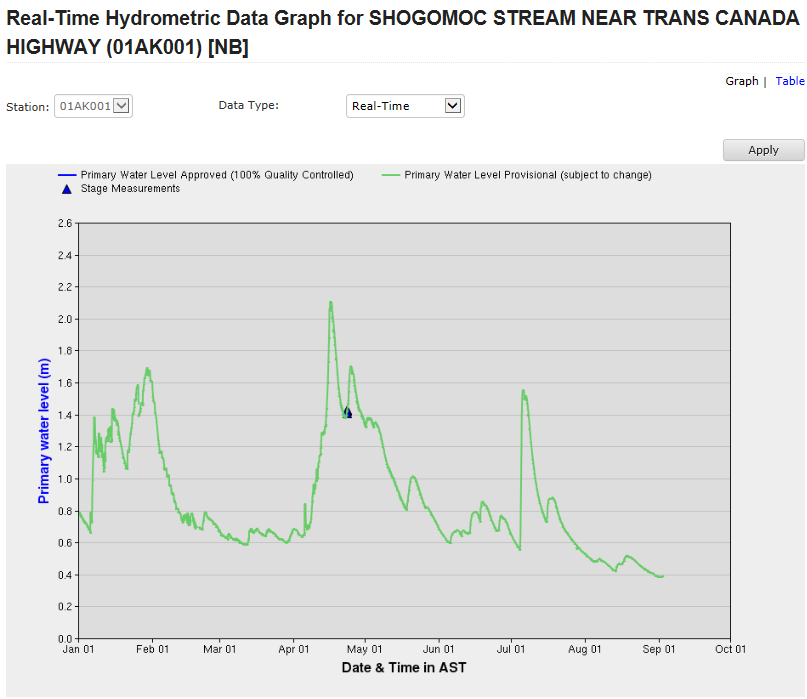 I expect the waterfalls would be most impressive during the spring run-off in the second half of April. This year, the impacts of Post-Tropical Storm Arthur can clearly be seen in early July as well.

If I recall correctly, data from this stream gauge was included in a project I was involved in several years ago.