This post is something I originally wrote for a Facebook note a few years ago, but I'm planning to do more to explore economic concepts in video games.

I dug out an old computer game recenty (i.e. before I originally wrote this note), Sim City 2000. Although it's a Windows game, it won't run on Windows 7; however, I got it working on my Linux laptop using the Windows emulator "Wine". After playing a couple of games for old times' sake, I had an idea: applying the Laffer curve concept to the game mechanics.

Briefly, the Laffer curve is a relationship between the tax rate and the revenue received from taxation. It explains how increasing tax rates do not provide a 1:1 return in increased tax revenue; situations can even exist where raising the tax rate reduces the revenue obtained.

Figure 1 shows Sim City 2000 running on my laptop. The procedure I used was as follows:

By always starting from the same save file and running the test over the same 5.5 in-game years, I had an opportunity that real-world economists never have, where "all else being equal" really worked. Note that the city had sufficient cash reserves such that no services suffered from lack of revenue, so the tax rate was the only thing changed. I also didn't build anything in the city while I was doing the experiments. 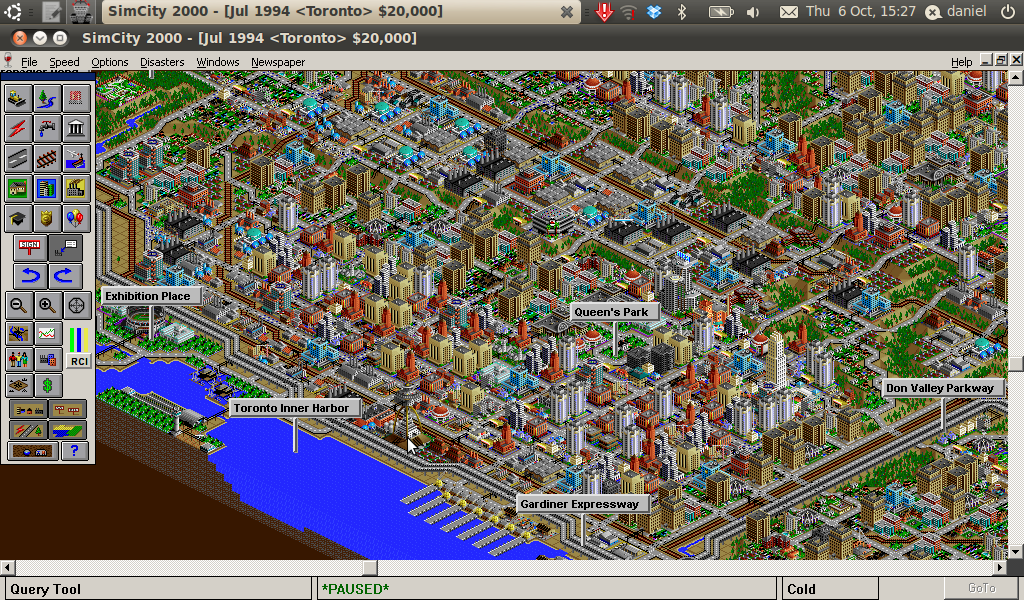 Figure 1: At the start of the experiment. 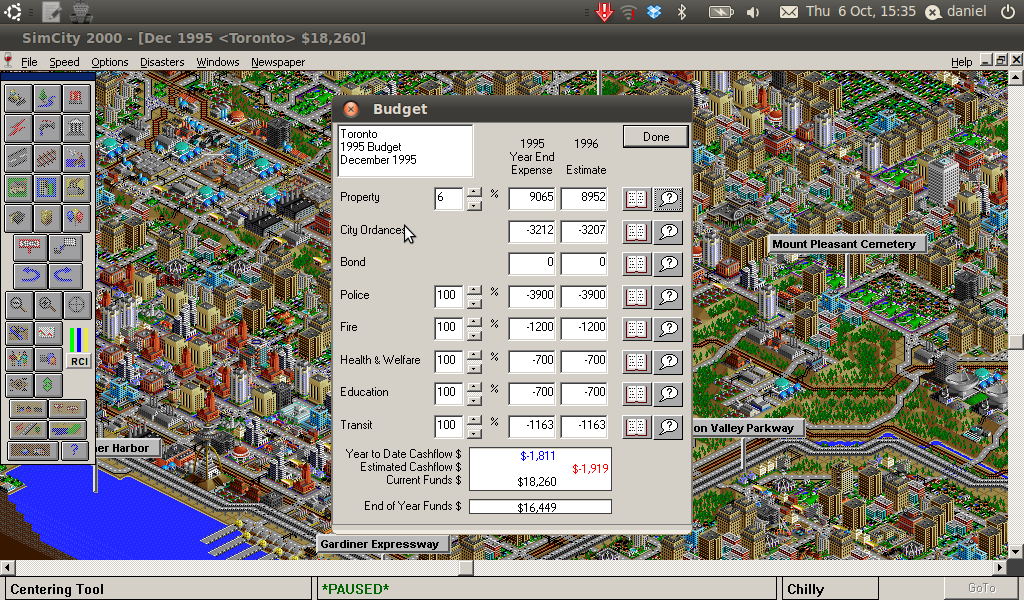 Figure 2: The budget screen where the tax rate can be set.

Figure 3 shows the revenue as a function of tax rate, averaged over the 5 years of game time that I was recording it for. In this particular case, 9% appears to be the approximate maxima.

Figure 4 helps to explain these results. At a 9% taxation rate, the revenue doesn't change much from year to year. But at a 15% tax rate, it drops steeply as Sim citizens leave for greener pastures. 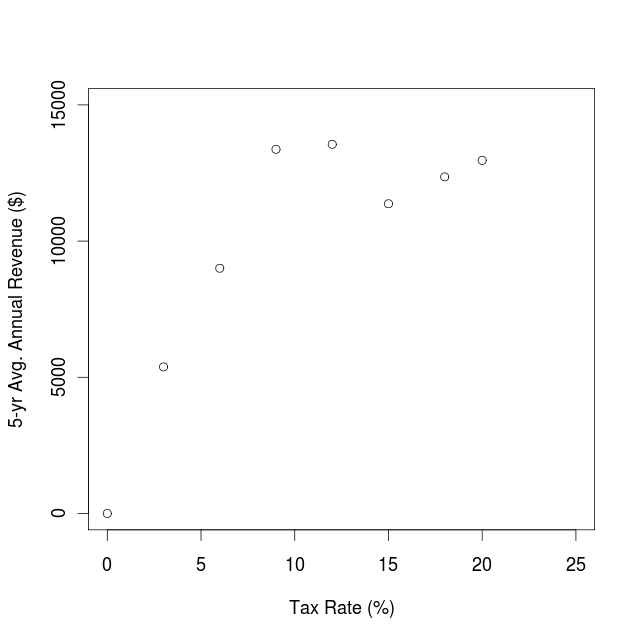 Figure 3: The average revenue over the five year experiment for each tax rate tested. 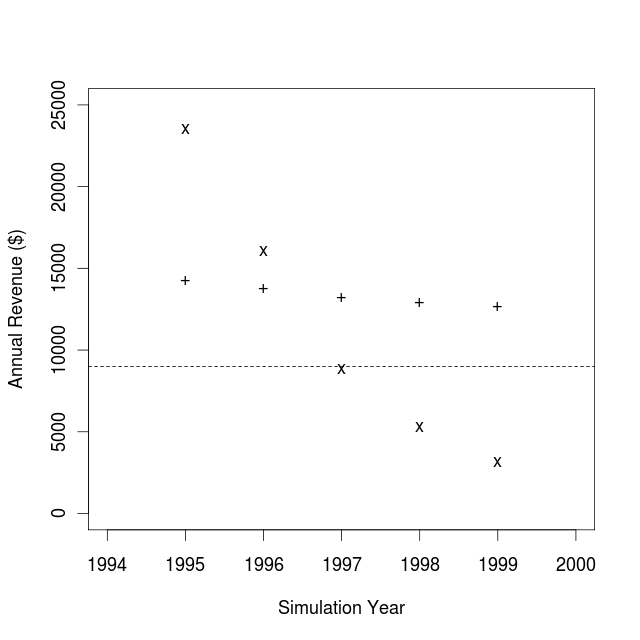 Figure 4: Revenue from each year of the experiment for tax rates of 9% (+) and 15% (x). The dashed line is the approximate expenses. 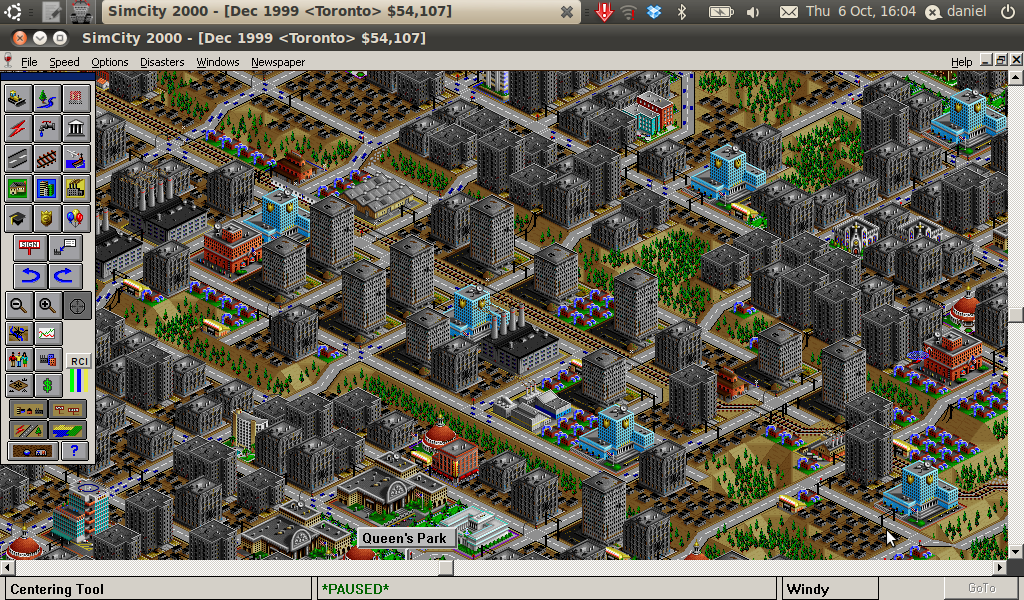 When I first posted this note on Facebook, it generated some good discussion: