This post is a brief follow-up to the one I wrote earlier this year about trying to make a hydraulic computer.

One of the key elements of the hydraulic computer I tried to build was a set of AND gates, built "using a siphon and a slow drain" per a paper I found. Because I made these components by hand, they didn't have a consistent amount of water that would trigger the siphon. To address this issue, I designed a version that could be 3d printed so that each one would be the same.

Here is a cross-section of the Sketch-Up model I made: 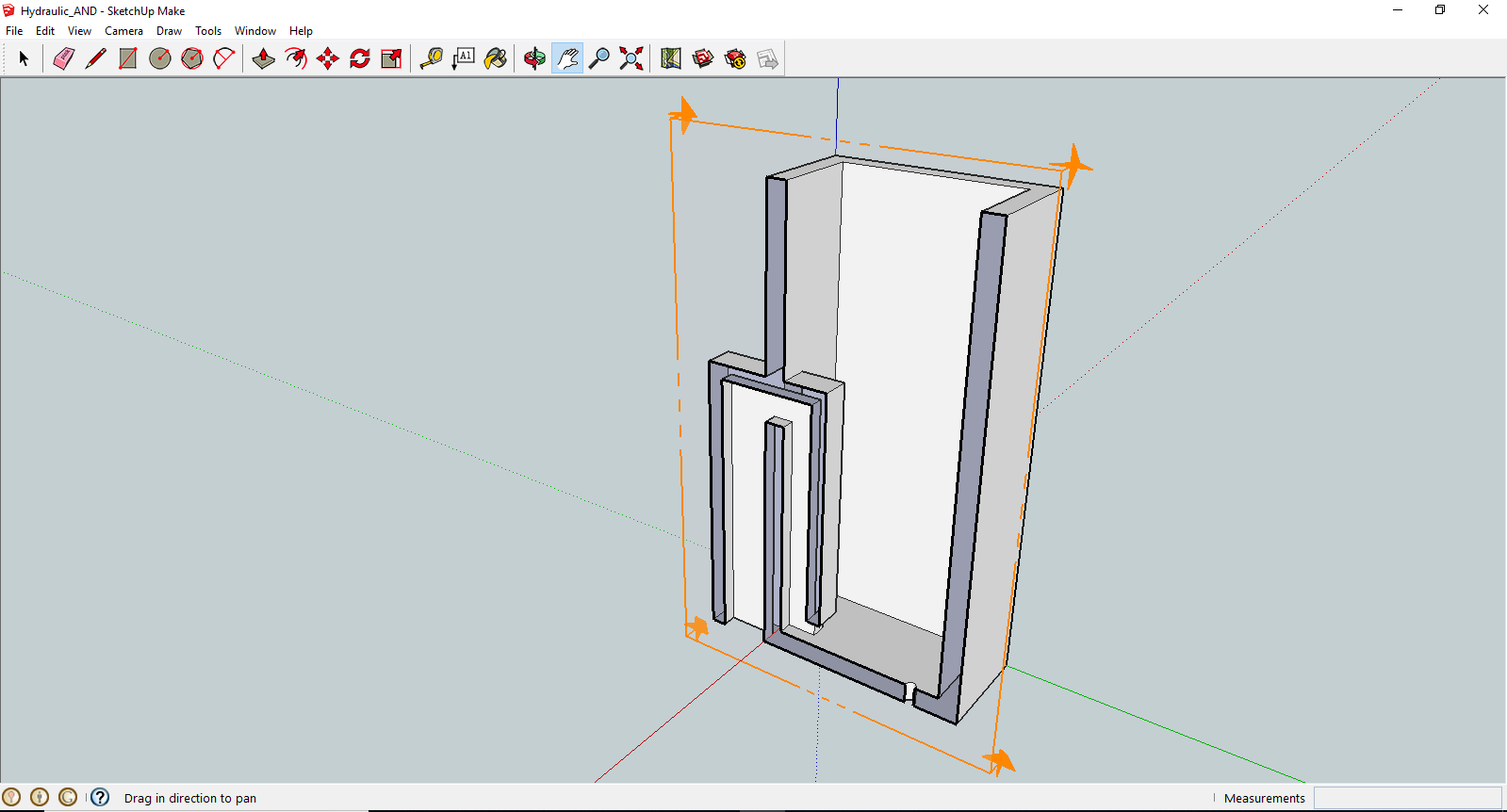 As long as the main chamber is only half full or less, it will slowly drain out the hole in the bottom. But if enough water is added, the siphon will start flowing and send most of the water out the larger hole. At least that's the theory.

I had two of these units printed from 3DHubs (described here). They were not water- or air-tight at first, so they leaked out of the bottom in more places than just the drain hole, and the siphon wouldn't hold. Additionally, there was some support scaffolding printed inside the siphon tube that decreased its flow rate a bit.

To address the leaks, I painted them with acrylic paint. This did allow it to flow through the siphon (as seen in the unit on the right in the image below) but it hasn't quite achieved the consistent performance I'm looking for. 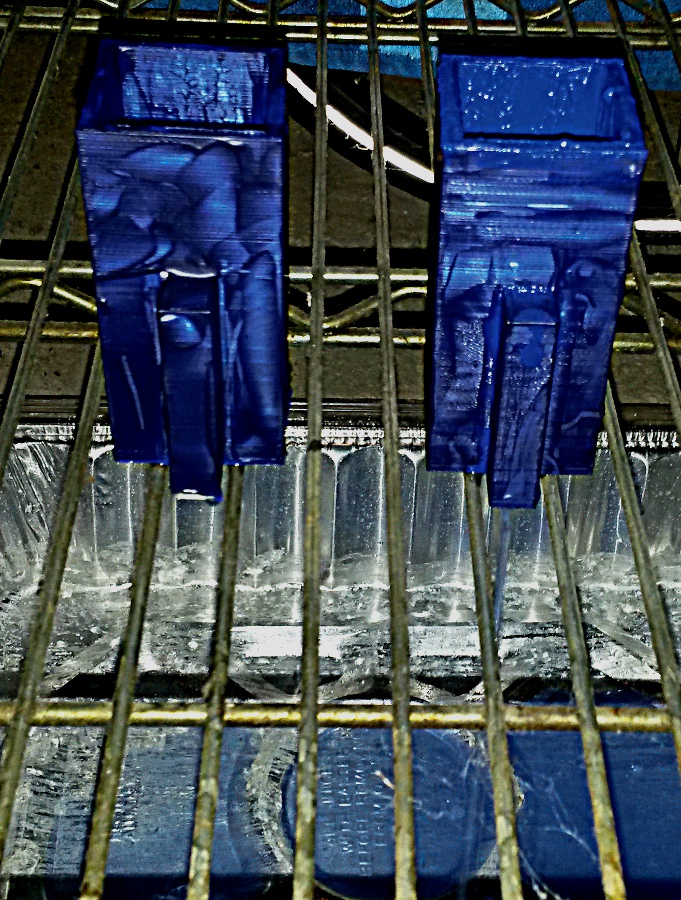 Ideally, the ratio of the diameters of the small drain hole and the siphon would be such that they would discharge equal volumes so that the unit could be set up to input flow to other logic gates in series.

In the hydraulic computer I tried to build, the distribution of flow between the test cups (i.e. AND gates) was a bigger problem than their performance, so even if I had reliable, repeatable performance from this component, the overall system wouldn't work together as intended yet.

If you'd like to try printing one of these AND gates or improving the design, it's available for download on Thingiverse.