Conductivity is a commonly-measured parameter in water. For example, I measured it in my thesis and it is being measured in the Disappearing Rio Grande Expedition. This post is about my first attempt at making a home-made probe to measure this parameter.

I've wanted to try making some DIY water-testing instruments for awhile. Now that I have a 3D Printer, it seemed like the time was right. I decided to try making a conductivity probe because it doesn't require any special materials. To measure parameters such as pH, oxidation-reduction potential (ORP), and ammonia or oxygen concentration would require specialized electrodes and/or membranes, but conductivity is inversely proportional to the basic electrical property of resistance (Ω). I already have a multi-meter that can measure resistance, so I just needed to make a probe with parallel electrodes.

Conductivity is a useful parameter, because it increases with increasing levels of salinity/dissolved solids. From empirical equations for ionic strength of solutions in Snoeyink & Jenkins (1980), I obtained the following relationship for Total Dissolved Solids (TDS):

I designed my probe to have electrodes with an area of 1 cm2 spaced 1 cm apart so that conductivity could be calculated as the reciprocal of resistance (which then needs to be multiplied by 1 million to convert Siemens to microSiemens). 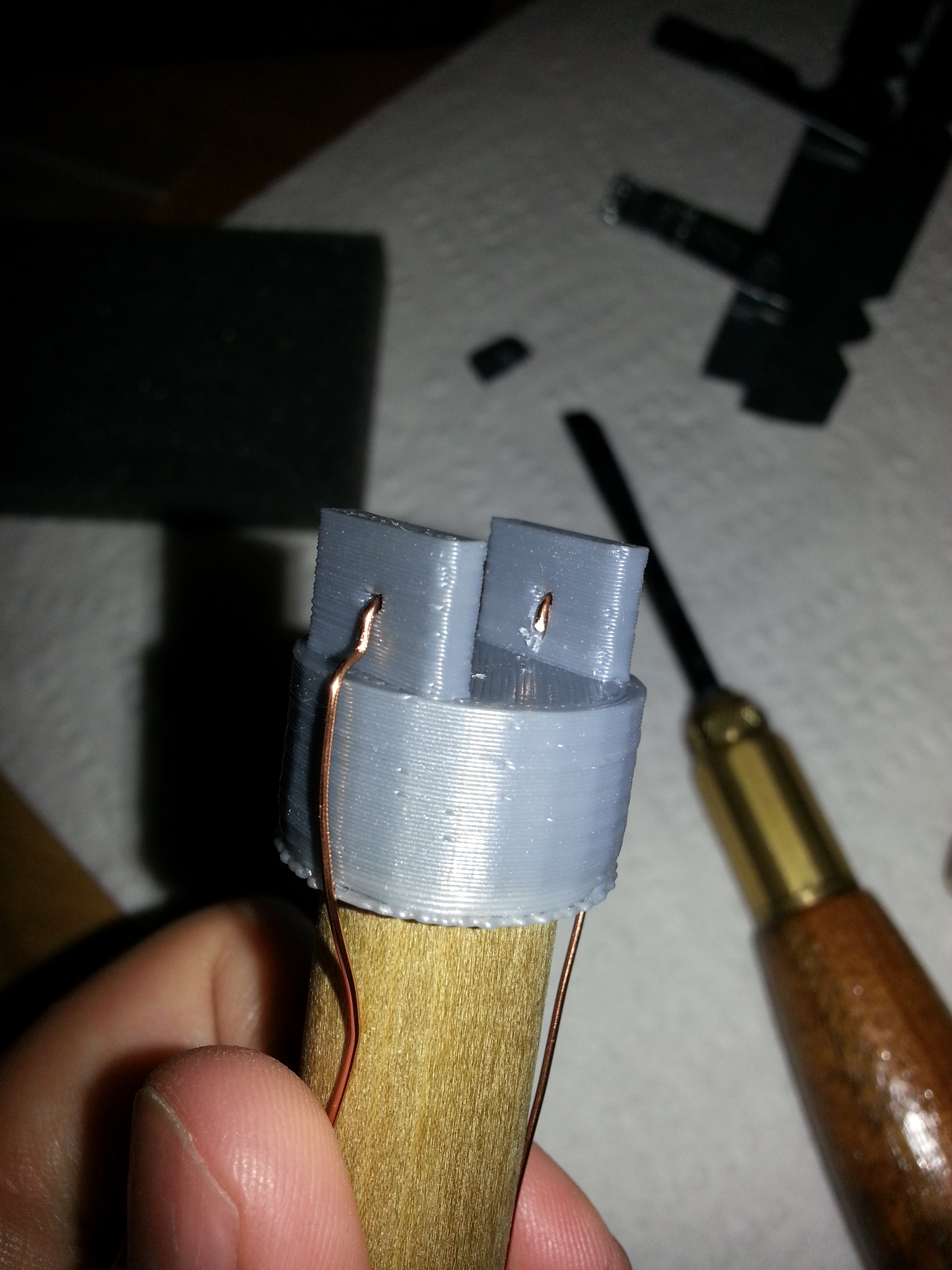 Above, I've listed some predicted resistances under different conditions, but in order to get better accuracy (e.g. in case the dimensions, spacing, or alignment of the electrodes is a bit off target), it is best to make a calibration curve. That is, I need to measure the resistance of prepared solutions (table salt in distilled water) of different salinity levels and perform linear regression on TDS vs. 1/R. Watch for a post covering this calibration—hopefully later this week (since this post is later than my normal posting schedule) if I can get a new probe ready by then. 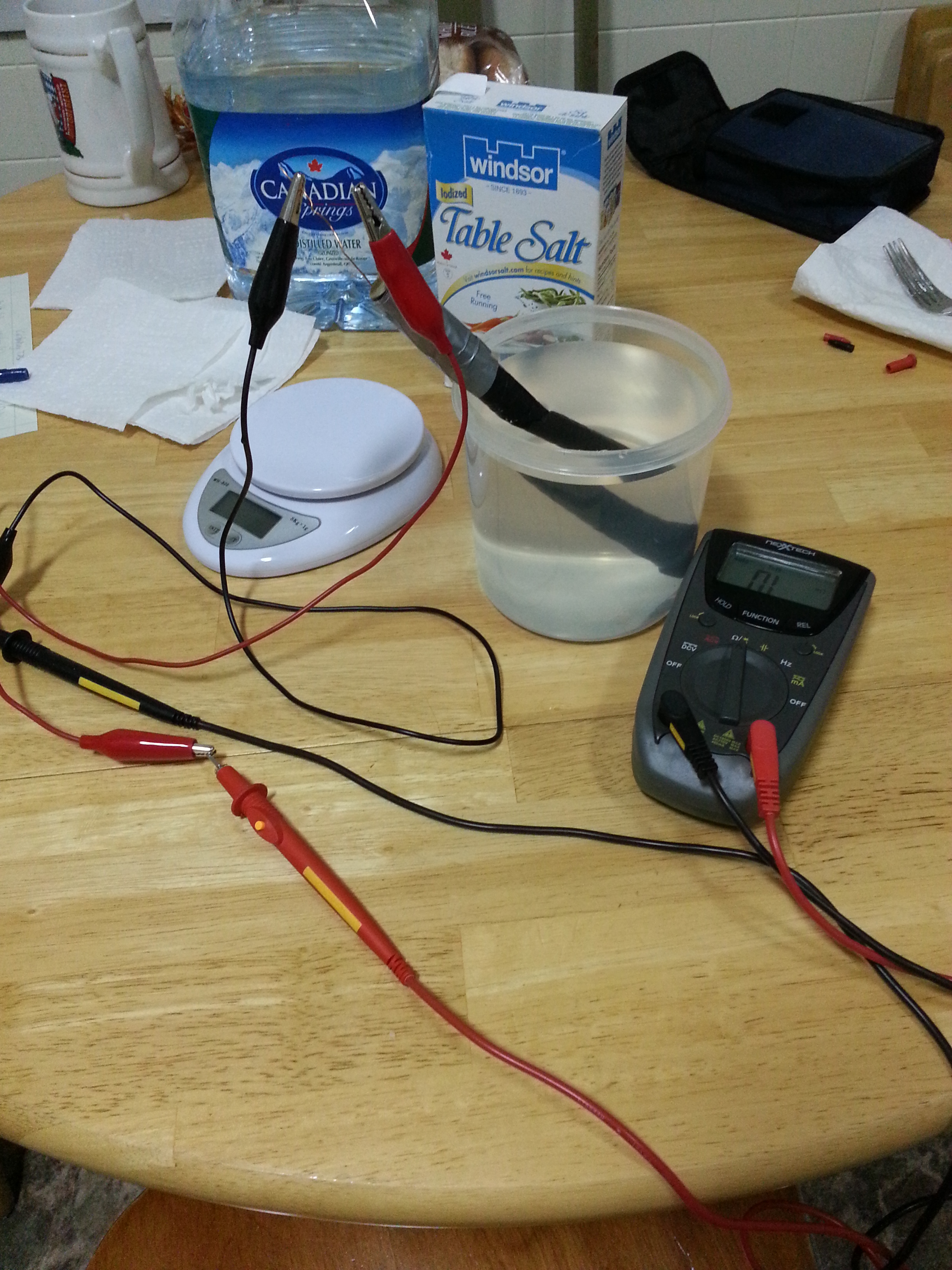