My previous post was about my experiences in Brazil; this post is about some things I learned about the history and culture of that country.

Before I went to Brazil, I took a short, free, online course about its history. The course was called Brazil for Beginners and was offered through Udemy. It had around five hours of lectures (around 20 min. each) and comprised an introductory profile of the country followed by an outline of its history.

Brazil is a huge country, both in area and in population (5th in the world at 200+ million people). It is an industrial and agricultural powerhouse and is self-sufficient in energy. Unlike many large countries, it doesn't have any separatist movements. There are five major regions in Brazil:

Aside from this basic overview, I also learned about the history of Brazil through this course. Here are some of the significant events and people:

The situation with the Brazilian monarchy, where a European royal house relocated to the Americas, was more-or-less unique in the New World.

During Brazilian history, plantation owners—first for sugarcane then later coffee planters—have been a potent political force. I'll have more to say on that below.

"Brazil for Beginners" was the first online course of its kind that I've taken, but I doubt it will be the last. It's great to have access to such a wide variety of options these days for learning for personal interest or even continuing education purposes. In light of concerns about student debt and the rising cost of post-secondary education, I can even see these kinds of courses being a way for self-motivated students to affordably get their "101" credits (for lecture courses, not ones that rely on labs or 1-on-1 interaction) if they get accredited for transfer to traditional universities.

In addition to the course that I took, I've also learned a bit about Brazilian history through a book I'm reading called Uncommon Grounds. It is about the history of coffee, but, as I mentioned, coffee has been very important in Brazilian history.

Coffee cultivation used to be jealously protected. Just as the Dutch smuggled a coffee tree from Aden, Yemen to Holland in 1616, some coffee seeds were smuggled into Brazil from French Guiana in 1727. Later, the royal family promoted coffee production in Brazil by sponsoring botanical research and distributing seedlings. Slave labour was the mainstay of coffee plantations until abolition; afterwards the planters enticed immigrants from Europe (Italy, etc.) to work on their plantations.

The author, Mark Pendergrast, includes this quote from an 18th century traveller to the Caribbean to illustrate the way slavery was intertwined with coffee and sugar production:

"I do not know if coffee and sugar are essential to the happiness of Europe, but I know well that these two products have accounted for the unhappiness of two great regions of the world: America ... [&] Africa" (p.17)

At the turn of the twentieth century, Brazil was unrivalled for global coffee production. Apparently by 1900, there were half a billion coffee trees in the state of São Paulo. The port of Santos alone (not counting other ports in Brazil) shipped half of global coffee production in 1901 following a bumper crop. (Even though the city of São Paulo is less than 100 km from the coast, it is separated from the sea by a dramatic mountain range. The nearby coastal city of Santos is thus the main port for SP state. If I go back to Brazil, I think it sounds like an interesting place to try to visit.).

Coffee production in Brazil was aimed more at quantity than quality, according to Uncommon Grounds. For example, they grew coffee directly in the sun rather than in the shade, which leads to faster growth but is less sustainable. They also used a system of supply management to try to keep the price that growers would receive from dropping too low if production outpaced demand. This involved warehousing excess production if the price of coffee in global markets dropped below targets. In spite of these efforts, coffee prices still underwent boom and bust cycles. In fact, the price of coffee as a commodity crashed two weeks before the start of the Great Depression—an early warning of sorts. It is difficult for a single country to control the price of a global commodity (Central American countries and Colombia were increasing their exports); in the 1930s, Brazil resorted to burning millions of bags of beans per year rather than selling them and seeing the price drop from such a surplus of supply. In the late 1930s Vargas ended this practice and allowed more of a free market in coffee exports. Brazil was becoming industrialized by the inter-war period, so the economy was less dependent on a single export and coffee barons had relatively less political power.

Uncommon Grounds also talks about coffee production in other countries and its distribution/advertising/consumption in the US and Europe. This includes the origin of coffee brands such as Folgers and Maxwell House that are still around today along with many that went out of business over the years. I'm finding the parts about the coffee growing countries to be the more interesting parts of the book, though.

Something random I learned about Brazil from these sources and also from being there is that Italy was a big source of immigrants and there is a large Italian community there. Brazil was also the only Latin American country to fight in World War 2, sending soldiers to the campaign against the fascists in Italy.

I'll finish this post off with a few more photos that I took on my visit:

Large-scale agriculture, for crops such as sugarcane and coffee, is a key sector in the Brazilian economy (although they have diversified with a lot of manufacturing and other industry compared to a century ago). Here is a farm growing sugarcane: 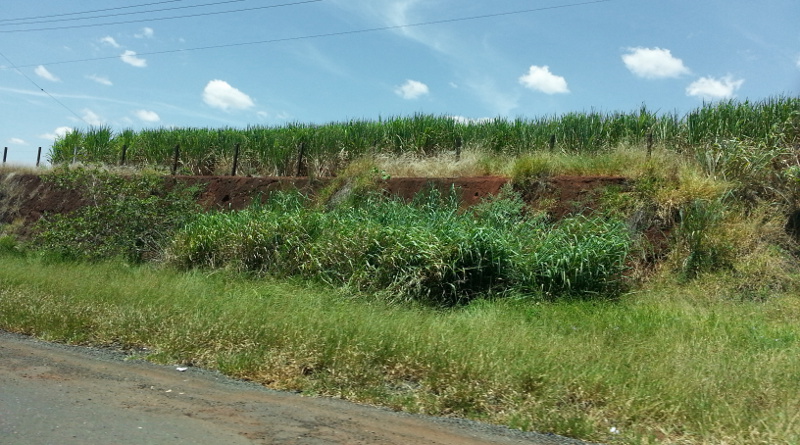 One of the uses for sugarcane is in the production of cachaça; 51 is a major brand:

The Pirassununga campus of the University of São Paulo is located on an enormous former farm and runs zoology and food engineering programs. This illustrates the ongoing importance of agriculture in Brazil: 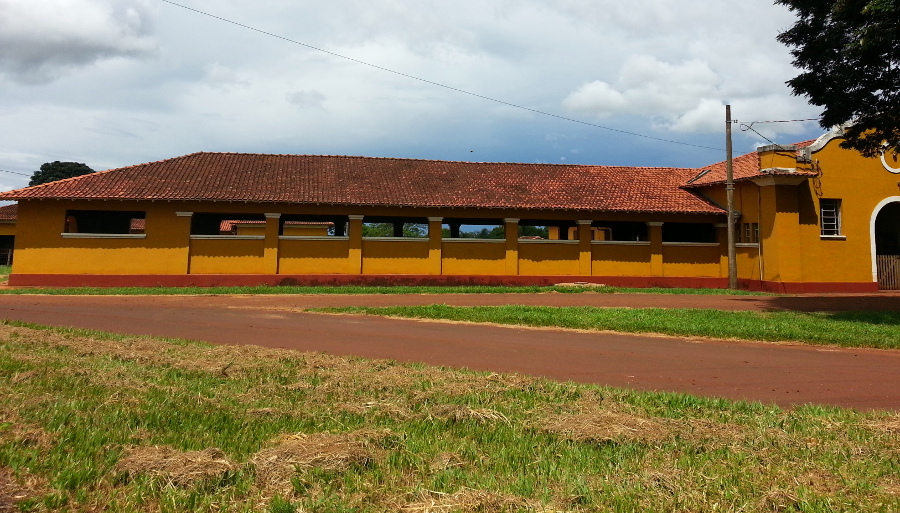