A week ago, I was privileged to attend a formal dinner; it seemed like a fitting topic to write a post about.

When I graduated from UNB, in 2008, I won the Ketchum medal (awarded to the top graduating student in Civil Engineering). Every five years, there is a reunion dinner for previous winners—a great tradition to keep alive.

The dinner was held in a ballroom of the Old Government House and featured salmon. There were around two dozen people in attendance, spanning from graduation years of 1958 – 2017. Aside from the dinner and some socializing, there were some remarks about the medal's namesake, Henry Ketchum, as well as about an interesting project in the province that one of the attendees has been working on. 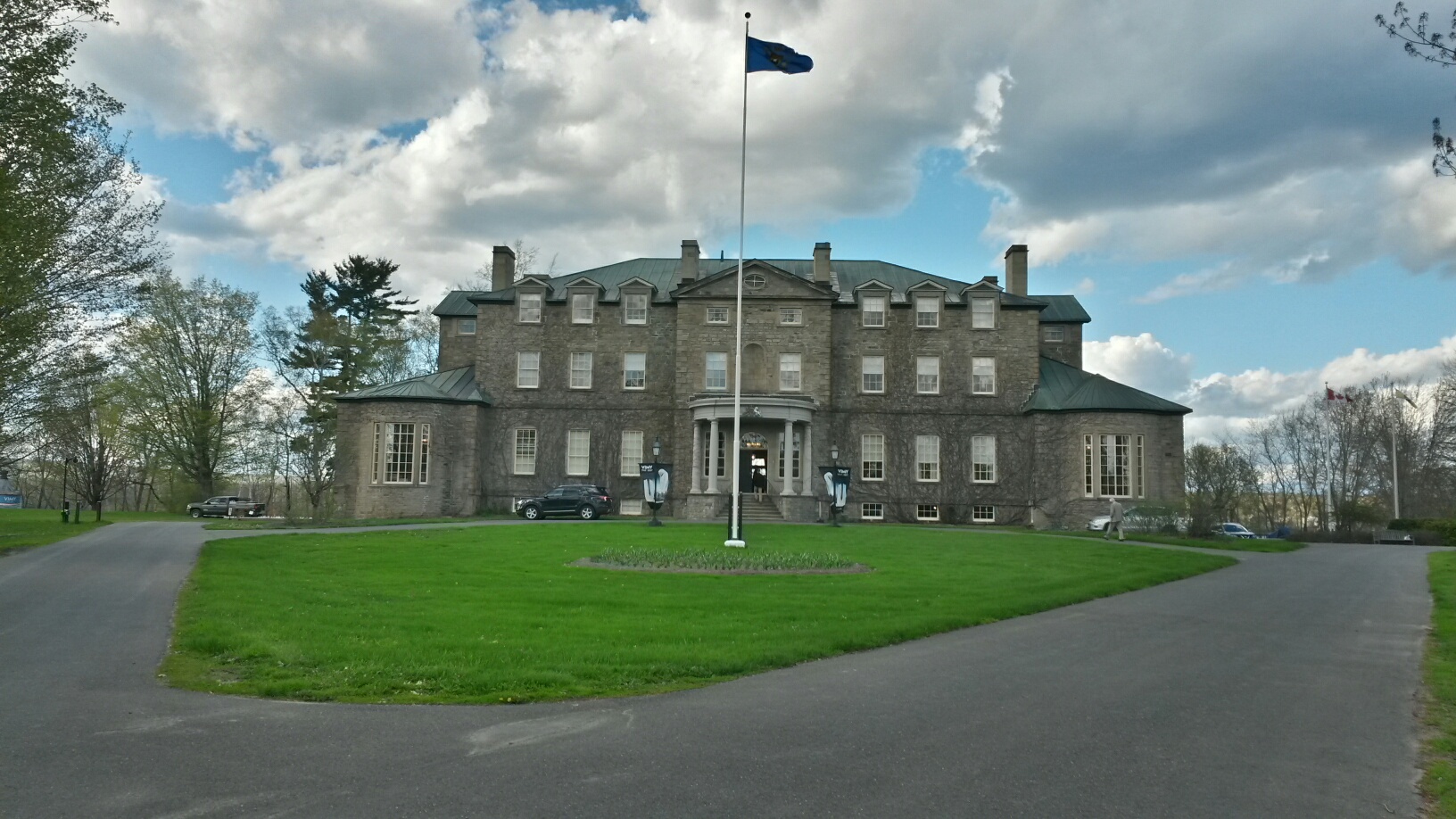 Henry Ketchum was the first recipient of a civil engineering diploma from the University of New Brunswick. Lt. Gov. Sir Edmund Head advocated for an engineering faculty at UNB (Kings College at the time), resulting in a short course being offered in the spring of 1854—the first engineering course in Canada. This was attended by Ketchum and 25 other men. A few years later, a diploma program was started and Ketchum was the first graduate, in 1862.

From the programme booklet prepared for the dinner, here is the syllabus for the civil engineering course in early 1854:

An explanation of the construction and uses of Logarithms, Sines, tangents, etc., Trigonometrical Formulæ; Resolution of Plane Triangles; methods of Surveying with Theodolite, Circumferenter, etc. Construction, use, and Adjustment of Instruments used by the Engineers, both for the field and office work; levelling: Method of determining best route for Railway, etc.; Computation of the quantities of land, earthwork, etc., required for the execution of the works; Horsepower and Machinery, etc.; Method of "setting out" Railway curves and side widths; Calculation of gradients and theory of inclined planes; Superelevation of rails; Composition and resolution of Forces; Calculation of strains and pressures; strength of materials; theory and practice of timber and iron framing; viaducts, bridges, etc.

Apparently Ketchum worked in Brazil for around five years, on the Santos to São Paulo railway; later he worked on a never-completed project to transport ships across the Chignecto Isthmus. The UNB Library has some additional information about Henry Ketchum.

One of the engineers at this dinner gave a brief presentation about his involvement with the Fundy Trail Parkway development which was quite interesting. He showed a video of the route taken by a drone. I found the video below on YouTube and it looks like the same one (or very, very similar):

One of the things I really appreciate about this dinner (this was my second time attending) is the sense of connection with the history of UNB and engineering in NB that it fosters. This comes from being with a lot of experienced engineers with stories to tell and hearing about some of the accomplishments of previous Ketchum medal winners who have already passed away (it was first awarded in 1897). Notable to me is the fact that many winners of the Ketchum medal have worked for ADI over the years. Finally, the Old Government House was built in the 1820s and has surely witnessed many formal dinners over the years, further boosting the sense of connection with provincial history.