Well, the NB provincial budget was released today. As I did last year, I wanted to show the actual numbers in a way that makes sense, with minimal commentary.

I didn't get into looking at the Capital Budget ($656M), but it can be found here.

Note that all amounts are in millions (M) of Canadian dollars.

Context: Where We Stand

Last year's budget projected $8310M in revenue and $8630M in expenses, leaving a deficit of $477M including a $150M contingency reserve. The first thing I looked at in this year's budget was how close the 2015 fiscal year (2015 – now) projections were. Total revenue came in a bit lower than projected and total expenses came in a bit higher, but the contingency reserve (circled in the image below) was lowered to $100M so the deficit ended up being $466M. 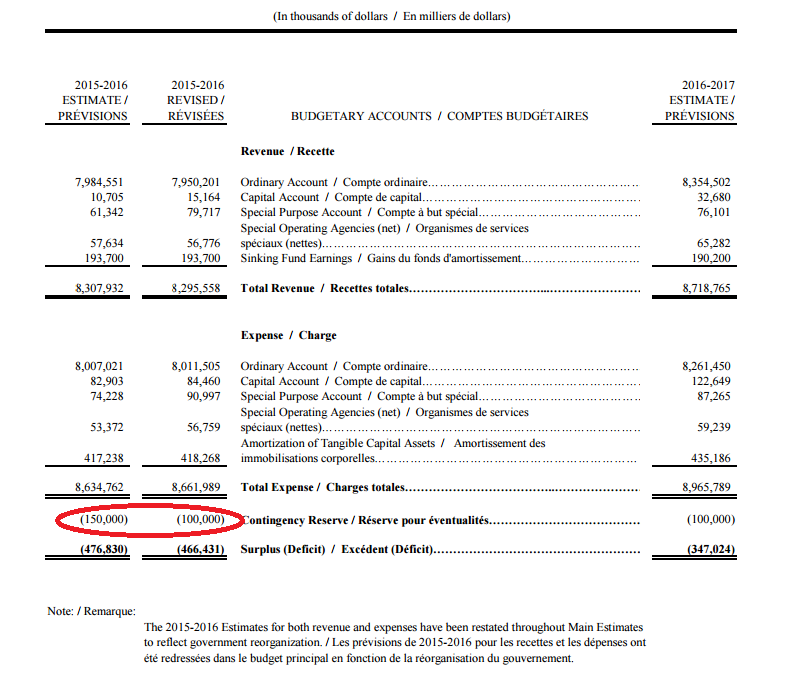 This year the projected expenses have increased to $8966M (I think this includes capital spending), while projected revenues have only increased to $8719M which leaves a deficit of $347M after the $100M contingency reserve is included. The provincial government plans to keep narrowing the gap between expenses and revenues (i.e. the deficit) by addressing both sides of the equation to eventually balance the budget in 2020. See page 20 of the budget speech for a table summarizing the multi-year plan. Compared to the table in my post last year showing the Liberal Party's election platform, the deficit this year and the plan to reach a balanced budget in 2020 are more-or-less on track with the key modification of a shrinking contingency reserve.

By the end of March 2017, the total provincial debt is projected to be $13500M ($13.5 billion). The net change in the debt includes the ordinary account deficit plus capital spending less tangible asset depreciation.

I don't have space to cover everything, so go to the speech document linked above or to media coverage on the provincial budget for information on cuts to civil service jobs, consolidation of some facilities, and how tax rates are changing.

Context: Revenue and Spending this Year

I made this graph by comparing the ordinary account (not including capital budgets) expense projections for key departments—all of the ones with budgets over $100M, plus Agriculture & Aquaculture and the Dept. of Natural Resources—between the fiscal year ending now (in March, to be precise) and the upcoming one: 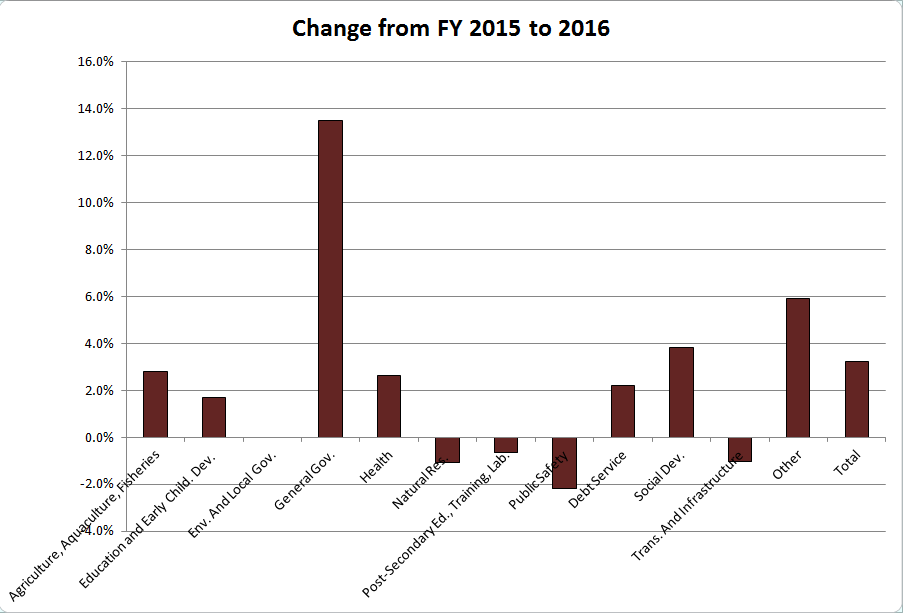 Here are a few things to note:

See my post last year for a breakdown of the percentage of the budget taken up by each department.

I thought it would be useful to compare New Brunswick's budget to another province. I picked Saskatchewan, because they have a population that is not hugely larger (~50%) but their economy has been growing much better (at least until this year; we'll see what happens now that commodity prices have fallen drastically) and they have had a string of balanced budgets.

I used this article from CTV as my source of information on Saskatchewan's budget. Note that it is from last year since they haven't released this year's budget yet.

Here is a comparison of various sources of revenue between Saskatchewan (SK) and New Brunswick (NB): 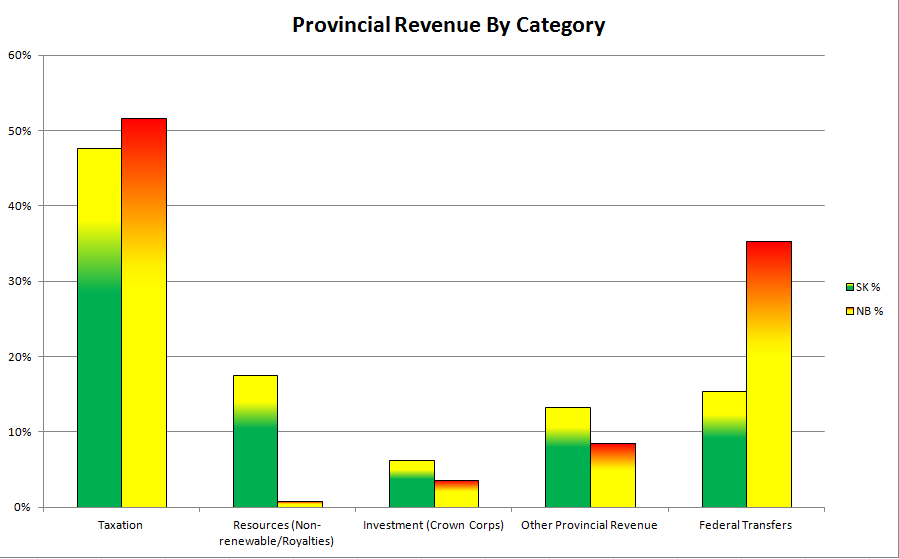 Here is a comparison of expenditures between the provinces. Note that the way each province classifies functions or divides up responsibilities between departments doesn't line up perfectly, so I had to group some things together and make assumptions in some cases about which departments were roughly equivalent (this is also true for the graph above, but it's more of a challenge on this one). 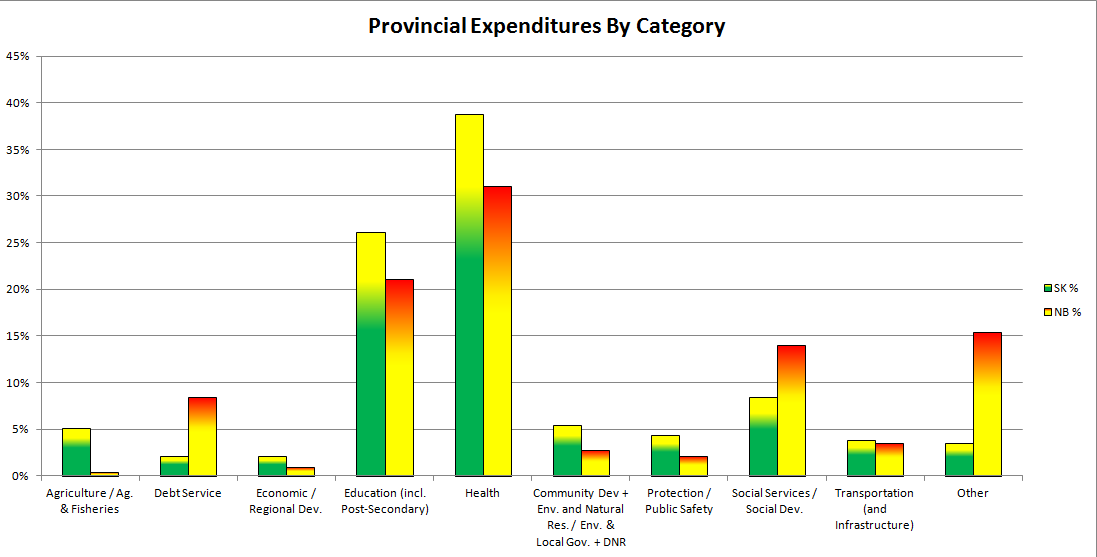 The main point I want to point out from this graph is that New Brunswick spends much more on debt service, which leaves Saskatchewan free to spend more on education and health.