This post comprises a board game review and an interactive map I made, joined by the common theme of non-traditional storytelling.

Rogues to Riches is a story-telling board game, created by Sam Fraser in Halifax. I backed it on Kickstarter a few years ago, but only got the print-and-play version; I didn't get around to playing it until I was in a board game cafe (in Halifax, as it turns out) this summer and played it with some friends. After that, I was motivated to print, cut, and glue the digital copy I had so that I could play it at home.

In the game, each player has a "lair" that they are trying to defend, while on their turn they have to pick another lair to attempt to rob. Each lair is defended by a series of "traps" (described on one deck of cards) which the would-be robber has to use their "gear" (described on another deck of cards) to overcome. The game mechanics involve the thief explaining to other players how they plan to get past a trap using their gear, followed by the defender explaining how the trap will foil the scheme. The observing players get to vote (one or two thumbs up or down) on the viability of the plan and then the number of votes is added/subtracted to a dice roll. The plan succeeds if the total is above a certain threshold.

My best moment so far while playing Rogues to Riches was using a Top Hat gear card to overcome a Fog of Apathy trap by explaining that the self-respect it bestowed would surmount a lack of motivation induced by the fog. In the following photo, I've moved the defeated Trap card into the points section of my lair (you get points by defeating traps and stealing riches). 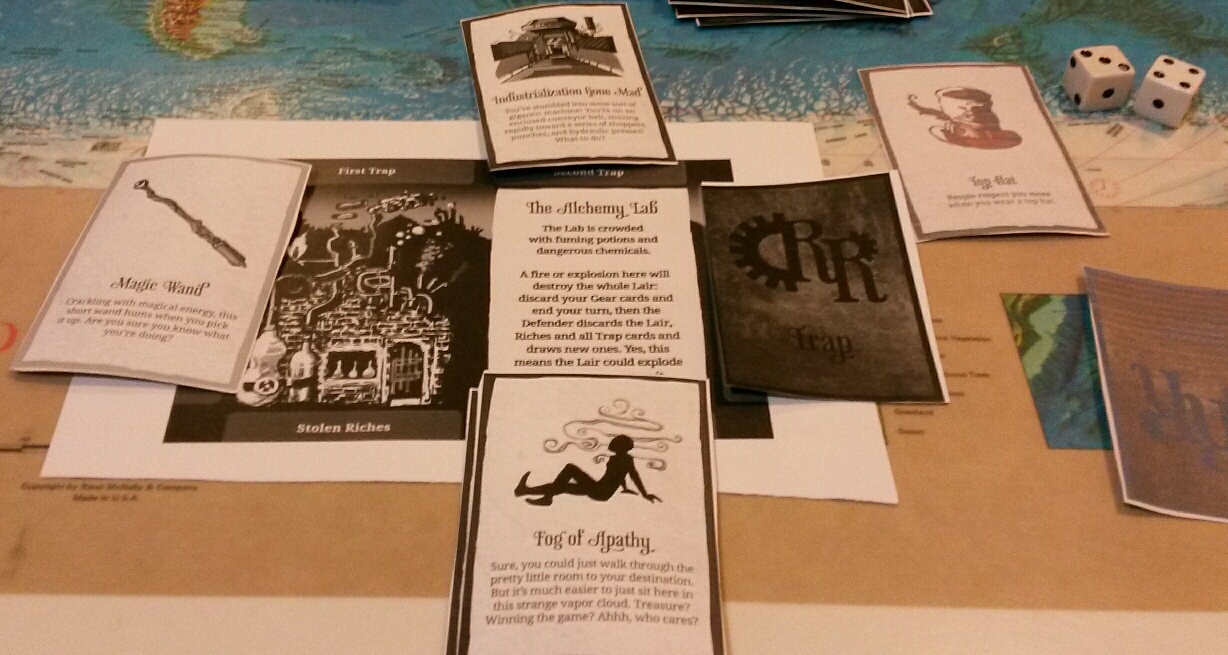 Here is another board game from Kickstarter that I reviewed earlier this year.

Switching gears completely, I've previously noted the story-telling potential of Google Earth—and the latest version has embraced that aspect. I decided that I wanted to try making a story in Google Earth myself. The topic I selected was a biography of John Wesley (the Wikipedia article was my main reference).

The following photo shows a screenshot looking at the map I made. There are placemarks for significant locations in Wesley's life which each expand to a description (many of which include photos) when clicked. There is also a slider (in the top left of the main frame) that traces a line from one place to the next as the years advance. 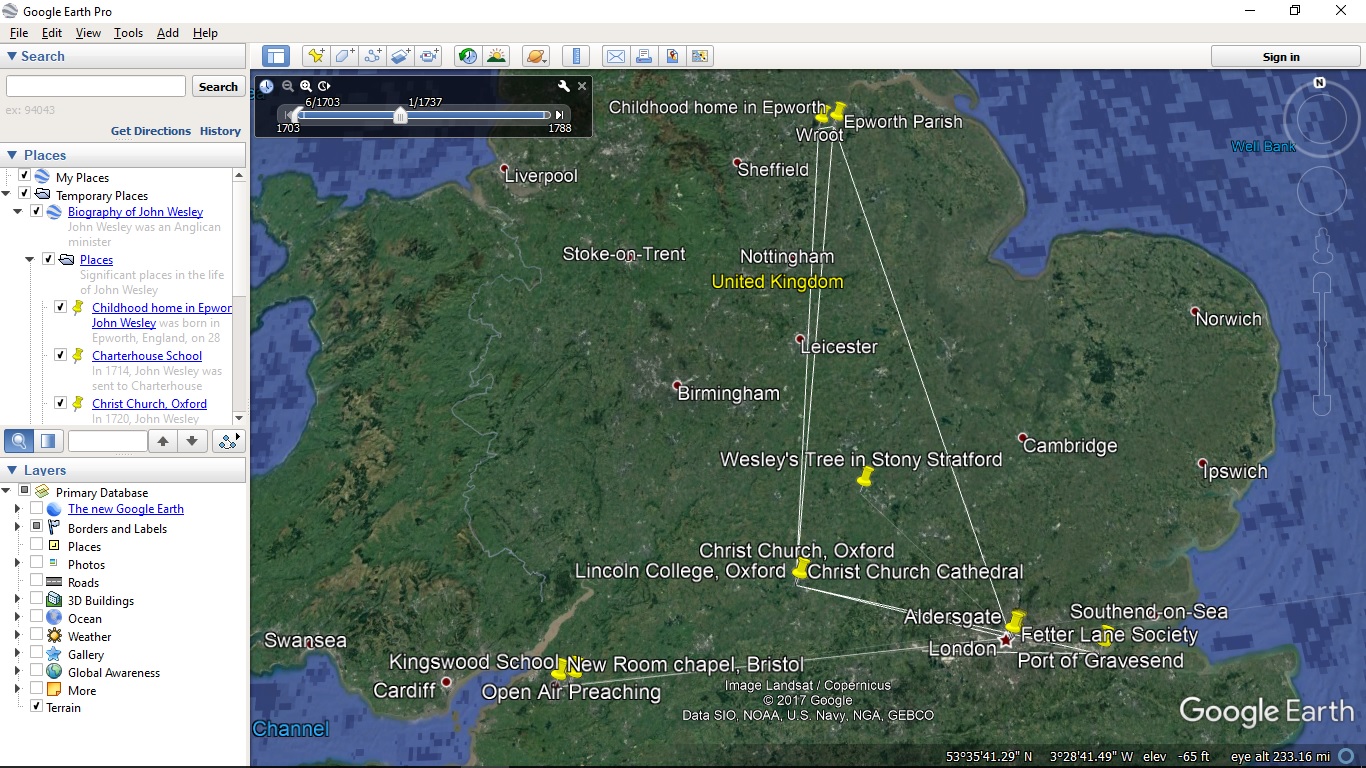 The file can be downloaded here if you have Google Earth installed and would like to view it interactively.

I wrote the kml file manually in gedit. The following snippets of code formed the core of the file. The timeline template was expanded to around 25 pairs of <when> and <gx:coord> (with the dates and coordinates filled in) and the location template was copied and pasted around 20 times (then filled in with the coordinates and description). To improve this file, I could have added some <Style>—especially for the timeline track.

Here are some additional references on Wesley:

Finally, if you're interested in Church history, I suspect you'll also enjoy this rap video about Martin Luther (1517 was 500 years ago, by the way).