Continuing my short series about my recent trip to France, this week's post is about the time I was in Marseille.

Marseille is a very cool city, centered around a large harbour. The harbour entrance is flanked by forts, and numerous vantage points (Palais du Pharo, Notre-Dame de la Garde basilica, and the forts themselves) offer nice views of the city centre and out to sea. It's also a very old city, dating back to at least the time when the Greeks were masters of the Mediterranean. Its proximity to Italy and Corsica contributes to the dining choices—I had an excellent anchovy pizza while I was there. Shops around the harbour and the Panier district are full of local/Provençal products such as olive oil, soap, and lavendar. 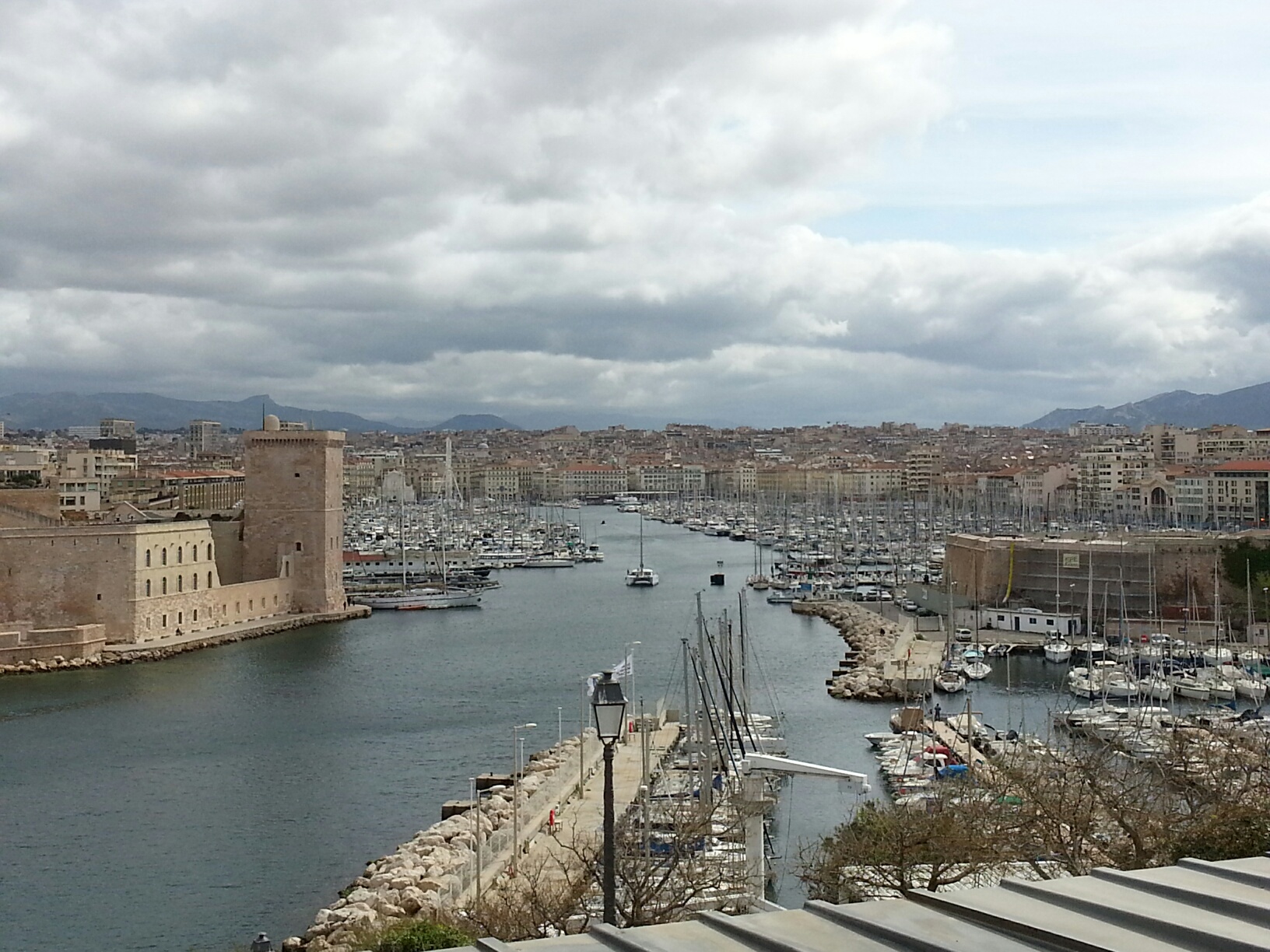 Marseille has a number of museums, but I only had time for one of them on this visit: MuCEM—the Museum of European and Mediterranean Civilizations. It is pictured on the left in the following photo (the Villa Mediterranean is on the right). The architecture of MuCEM is very interesting, with the most prominent feature being the screening lattice-work made of fibre-reinforced concrete. The museum grounds also encompass Fort St-Jean, part of which was originally built by the Knights Hospitaller. Its roof has some gardens and great views of Marseille.

Inside the museum, the permanent exhibition covered the history of Mediterranean civilization. It was split into four thematic zones on four "Mediterranean distinctives": agriculture (specifically of the triad of wheat, olives, and grapes, supplemented with some sheep and goat raising), monotheism, citizenship, and the age of exploration. I found it to be very well organized and interpreted. There was also a temporary exhibition on Algeria before, during, and after French rule. It featured lots of old maps, and also some paintings (especially of the French conquest), and posters recruiting colonists. At the time of Algerian independence, the descendants of the colonists numbered around one million. 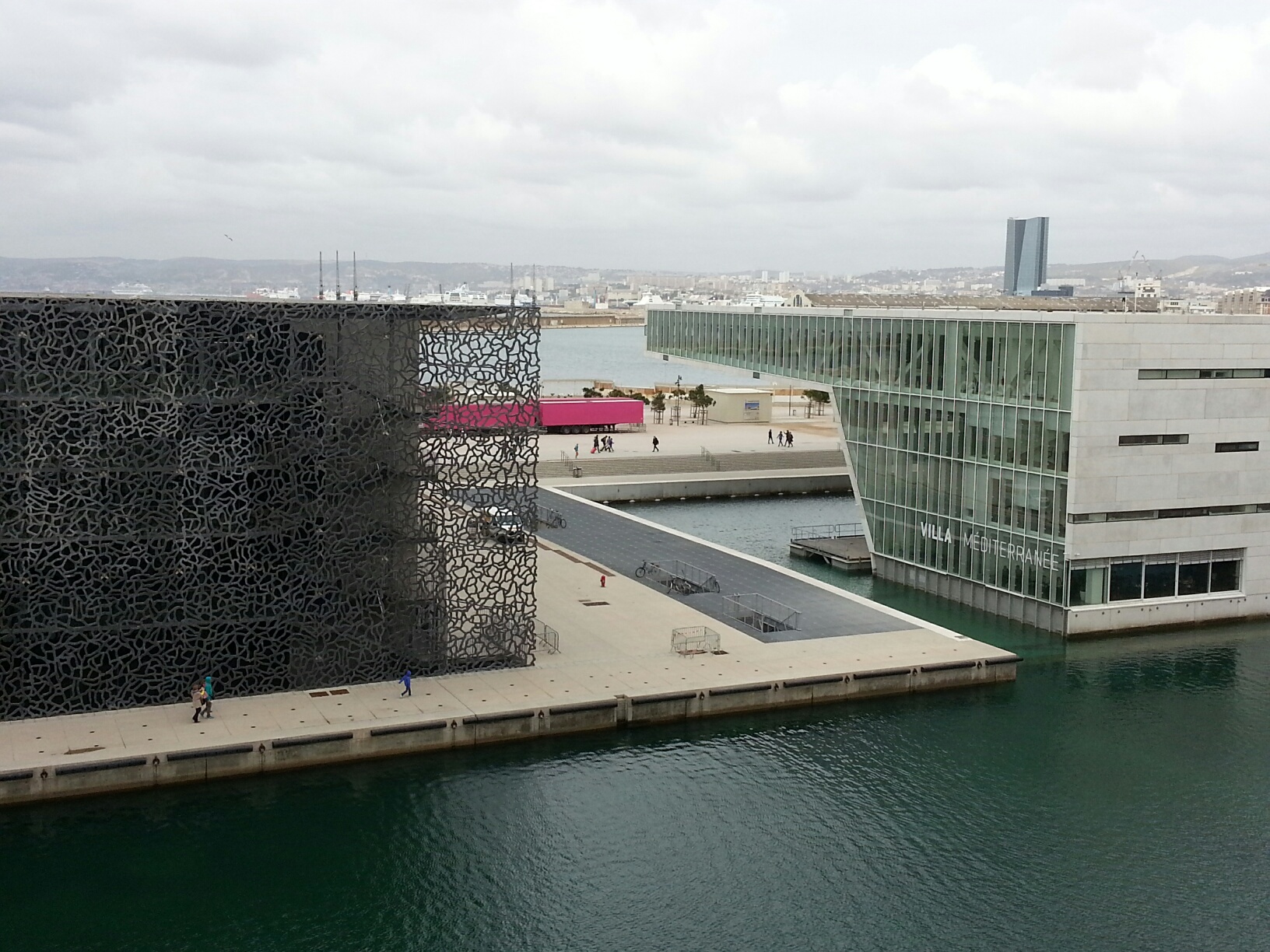 While I was in Marseille, I also took the opportunity to do a short hike in the Calanques National Park. It was very accessible—I started at the endpoint of bus route 19 and hiked to Callelongue, then walked back along the seaside road—but it was quite a strenuous hike, reaching the summit of Béouveyre (≈ 360 m). The scenery in the park was nothing short of incredible, as the following photos hint at. I encountered a few other groups of hikers, but mostly it felt like I had the place to myself. I'm glad I was there early in April, as the weather wasn't too hot, which made the hiking less tiring. 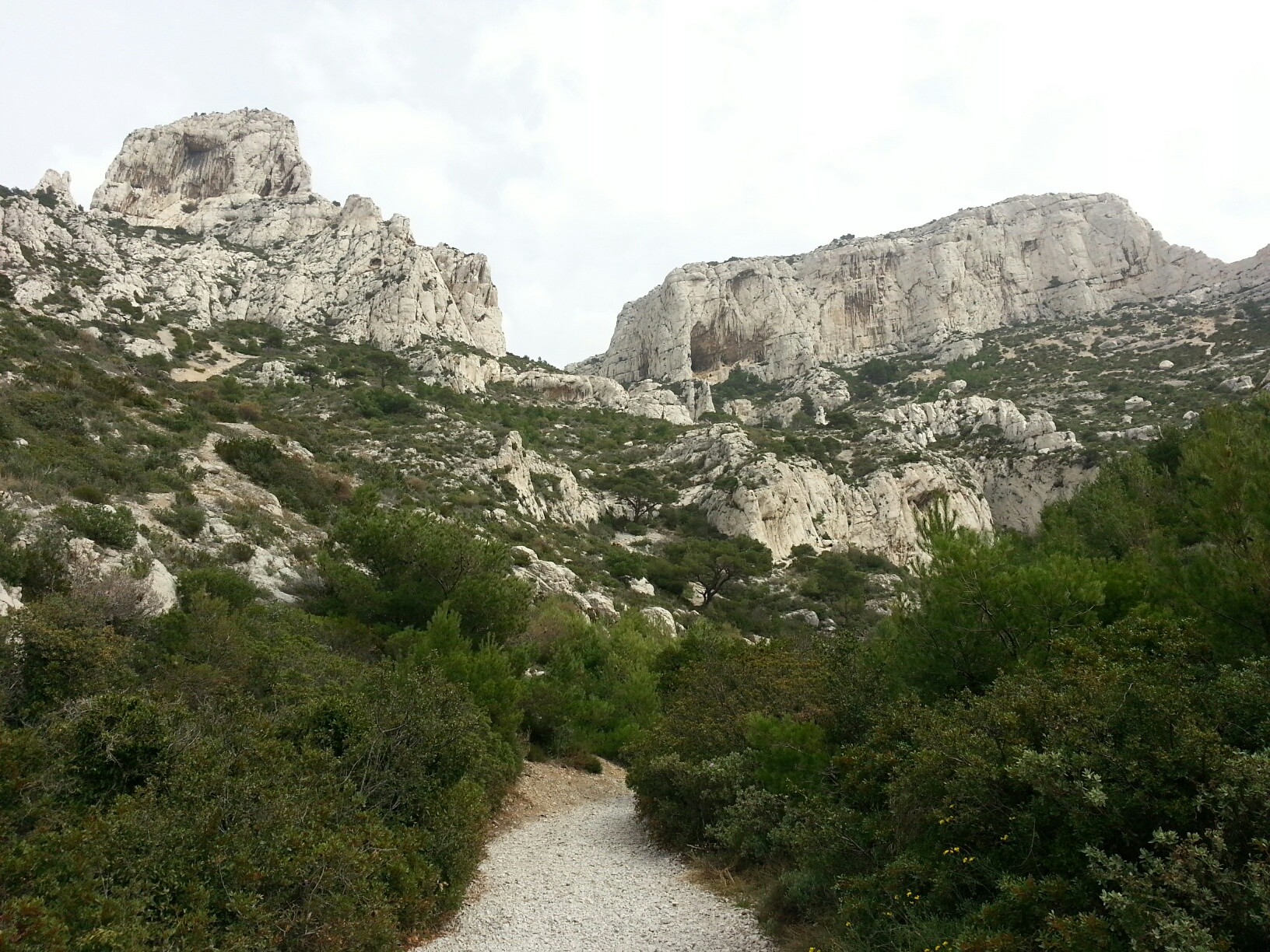 The Calanques National Park is definitely a place I'd like to see again. In addition to doing more hiking, I'd love to go sea-kayaking along the coast there, which is riddled with tiny inlets. There were also boat tours of the Calanques (and/or the islands just offshore from the city) that departed right from Marseille harbour.