My apologies for not having any posts for a couple of weeks. Summer is winding down here and I've been trying to make the most of it. This weekend and last weekend, I was at a couple of different spots along the Bay of Fundy coast. Below, I share some of the photos I took.

Together with my brother and some other friends, I went camping at Cape Chignecto Provincial Park in Nova Scotia on the last weekend in August. I hadn't been to that part of Nova Scotia before and it was well worth a visit. It is located where the Bay of Fundy forks in two. Its dramatic cliffs face constant erosion from the extreme tides.

Aside from the fun of camping in the park and walking on the beach (and going to the Wild Caraway restaurant), it also made a good base for exploring the surrounding area. Cape d'Or was a really cool place to see. Here is a photo of the lighthouse at Cape d'Or: 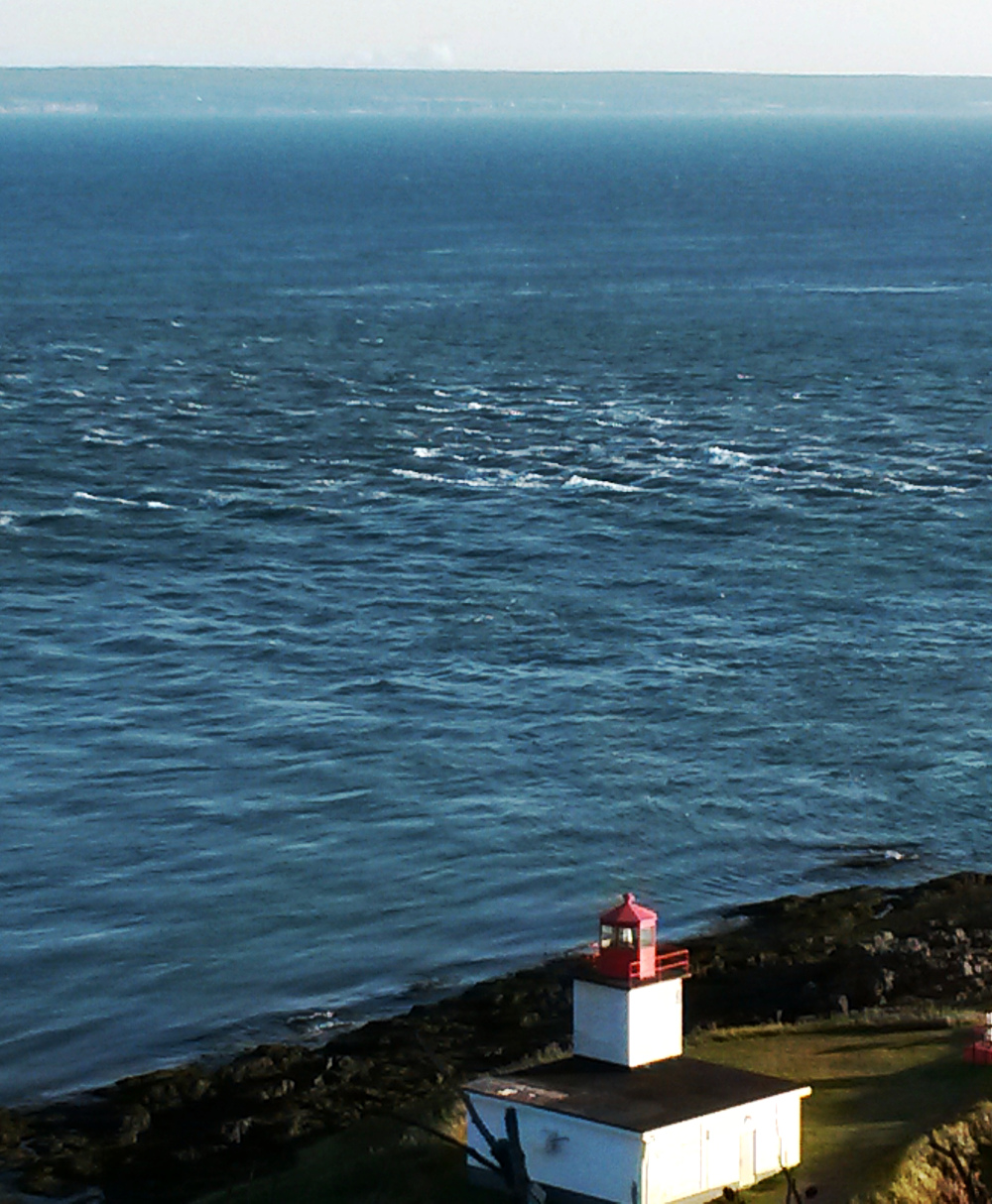 Beyond the lighthouse, you can see the Dory Rips, a zone of turbulence generated by the collision of a few tidal currents at the mouth of the Minas Basin. The next image shows a panorama of these currents:

Here are some cliffs at Cape d'Or, looking toward Cape Chignecto: 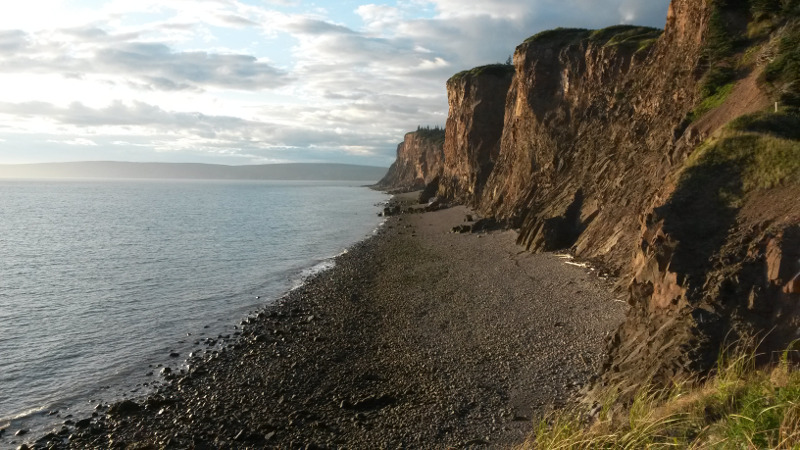 Another spot we stopped was Soley Cove. This picture was taken less than 2 hours before high tide, which would rise to the seaweed line visible partway up the rock formation. The tides were coming in fast when we were on this beach. 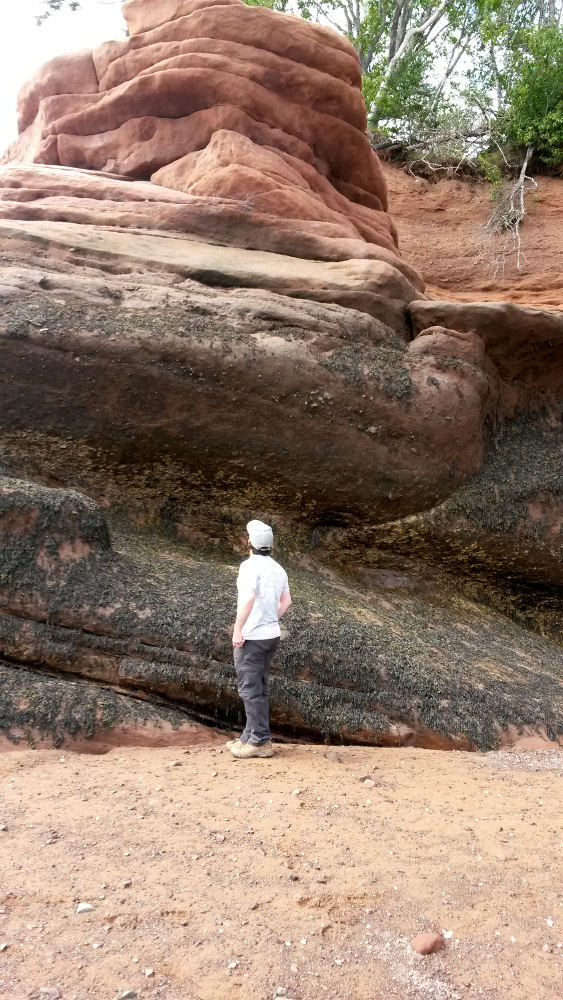 On the first weekend of September, I took a day trip to Fundy National Park to do a hike. It was my second visit to a National Park this year. The trail I chose was Bennett Brook. It's not as popular as some of the other trails in the park—my usual picks are Coastal and Dickson Falls—so even though it was a long weekend, I was able to enjoy some solitude (I passed a few other groups of hikers but most of the time there was no one else in sight).

The trail goes from Bennett Lake, where there is a parking lot and a picnic area, to the point where Bennett Brook enters the Wolfe River. Actually, it goes further than that (eventually connecting with the Marven Lake Trail) but that point makes for a logical turn-around if you're not through-hiking.

There is a small waterfall on Bennett Brook, just upstream from the confluence with the Wolfe River. I sat there for a while and drank a coffee: 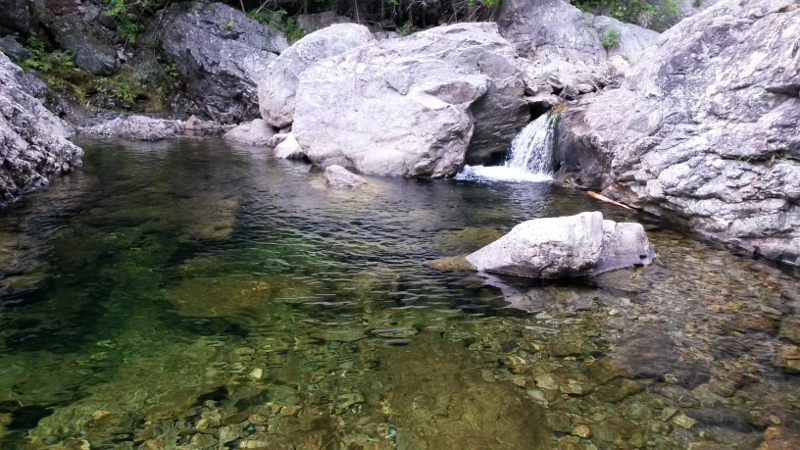 Here is a view of the Wolfe River and the steep slope up the side of the gorge. Pictures don't capture how strenuous of a climb it is (even with the switchback route the trail takes): 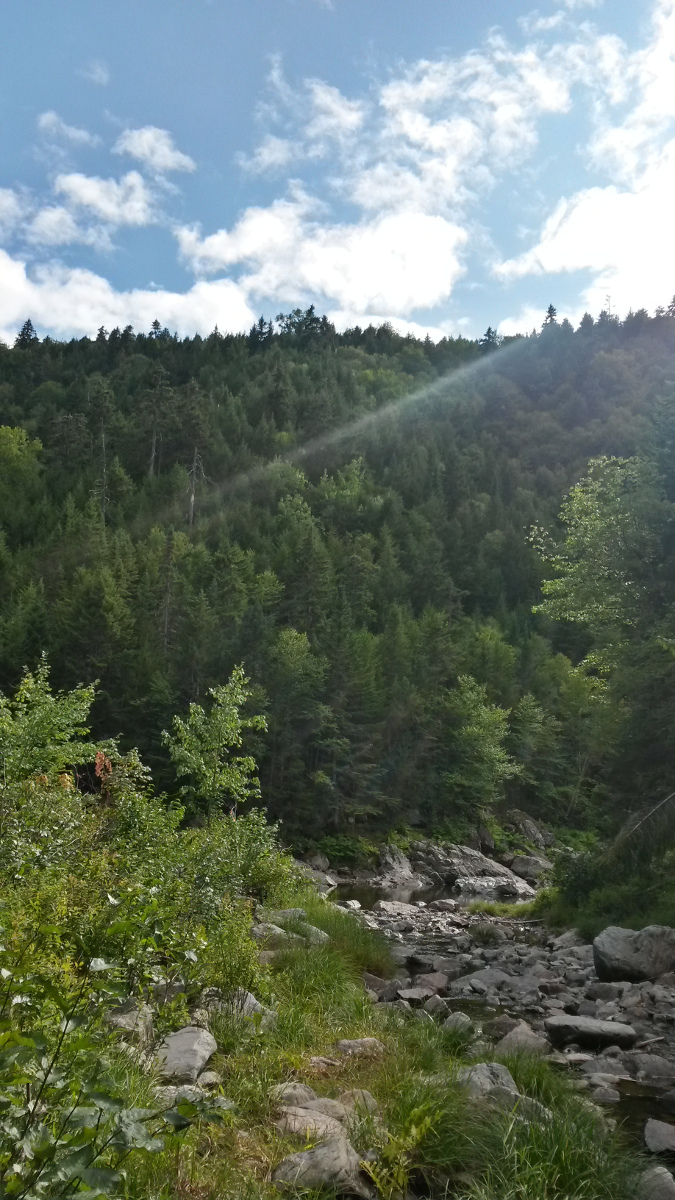 On the return trip, I logged the track on my phone. The elevation profile below shows a steep climb for the first 500 metres or so, which was the most challenging part of the trail. Most of the remainder of the trail was a flat or gradually sloped old carriage track. The full round-trip distance was around 11 km. 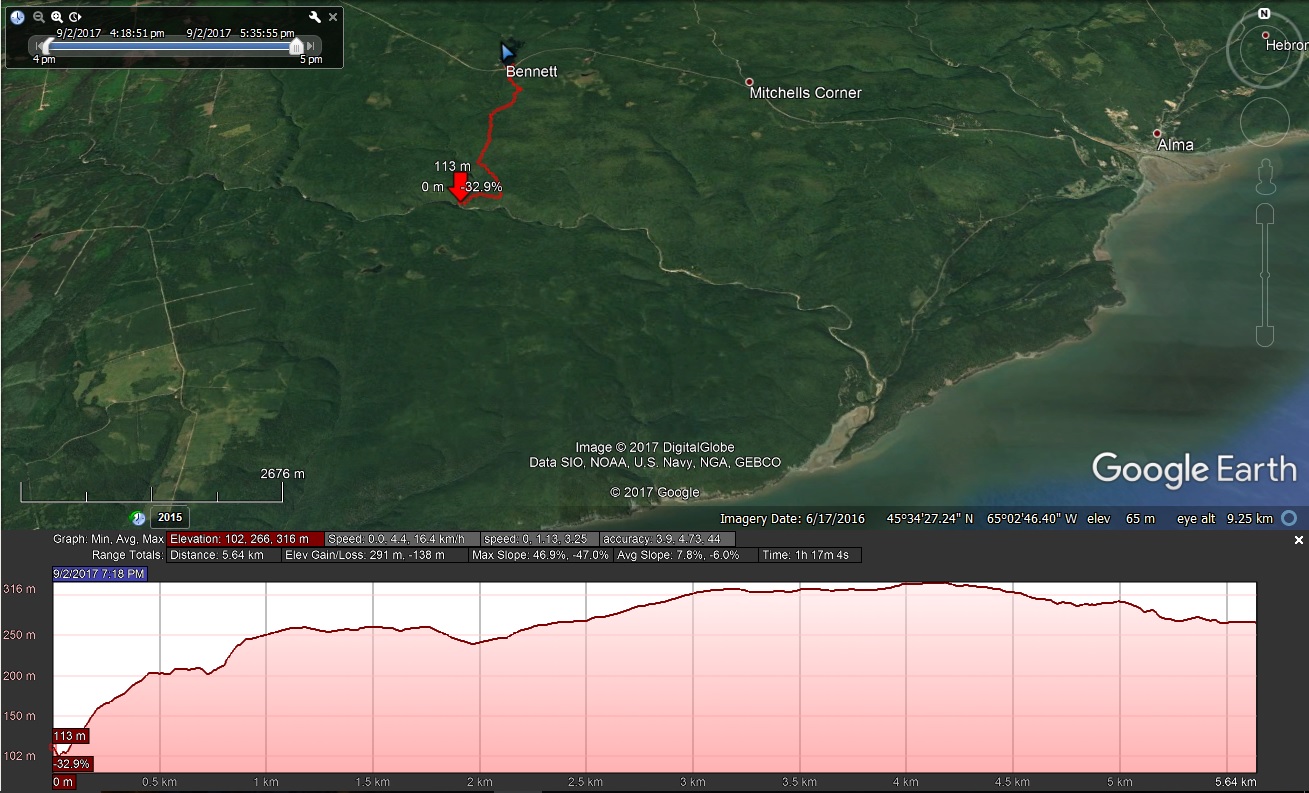 After my hike, I drove to Point Wolfe (which is where the Wolfe River enters the Bay) and walked out on the beach. I stopped at a look-out point along the way to take this picture. The line of cliffs on the horizon includes Cape Chignecto, I believe (on the right-hand tip):