For this week's post I made a .gif showing how the water level in the Bay of Fundy changes with the tides over the course of a day.

The data came from the Fisheries and Oceans Canada tide predictions; zones 30, 31, and 32 cover the Bay of Fundy. Here is a map showing sites with tidal predictions available (I pasted the three zone maps together to show the whole Bay): 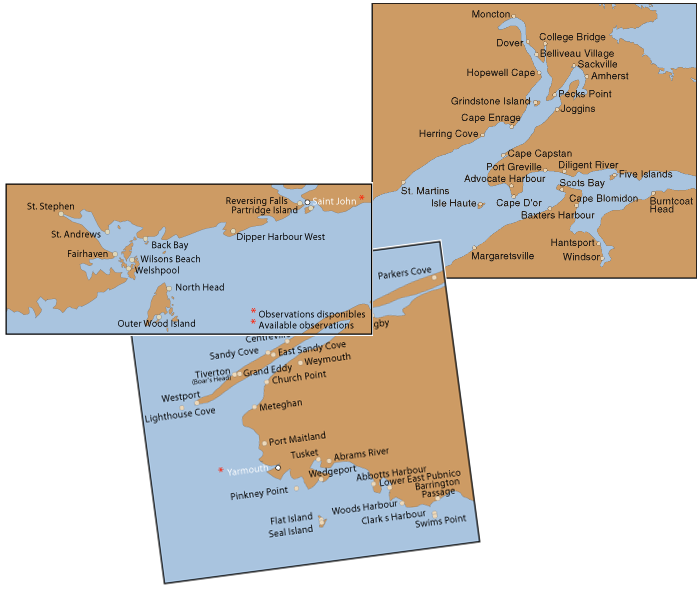 For a number of sites around the bay, I collected the hourly predicted water levels into a table. This data is for October 16th, which was a full moon and therefore a "spring tide". The water levels are in metres.

To make the following animation, I started with a base map from Wikimedia Commons then marked the water elevation from each site at its appropriate location. I also showed the direction of Reversing Falls and when the tidal bore arrives in Moncton. I made each hour as a separate slide in Powerpoint, exported the slides as images, and then assembled them into a .gif in GIMP.

Tides can be thought of as a wave that circles the earth about twice a day. The cycle is a bit more than twelve hours. Therefore, the animation doesn't match up smoothly when the day ends; also, each day is different, so check the official tide times before heading out—don't assume they will be the same as in this graphic.

Strong tidal currents can be expected in areas where the level changes dramatically or where there is a relatively steep elevation gradient between nearby places. Scots Bay / Cape Split (the bottleneck of the Minas Basin) is an example of this. It would be an interesting place to go hiking and see the ocean.

Something that could improve this graphic is if I colour-coded the spot elevations to show the height in a more intuitive manner (and/or added contours).

While I'm talking about Fundy, I thought I'd share a few photos from a recent trip to Fundy National Park: 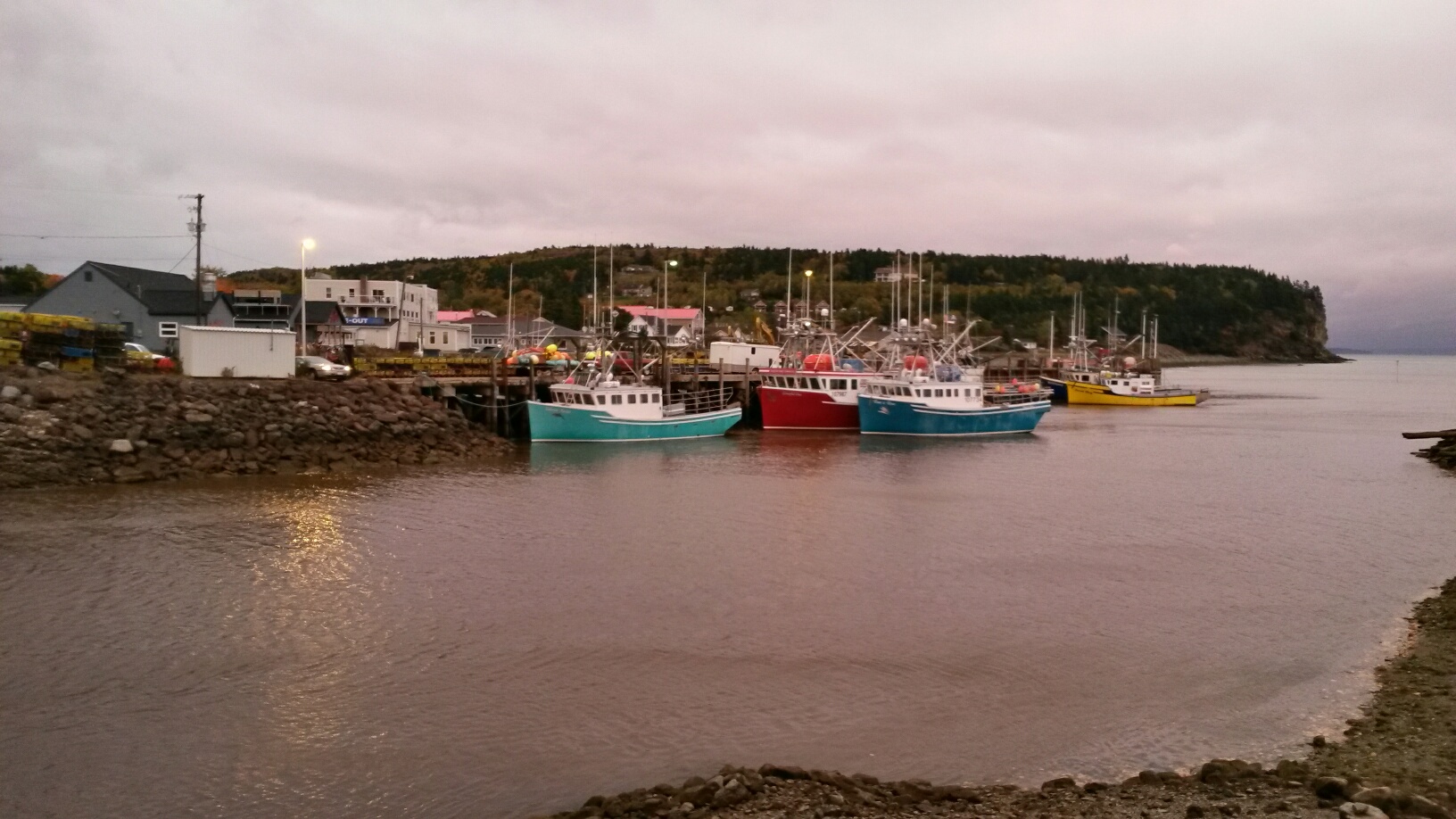 Dickson Falls, with a moss-covered rock in the foreground: 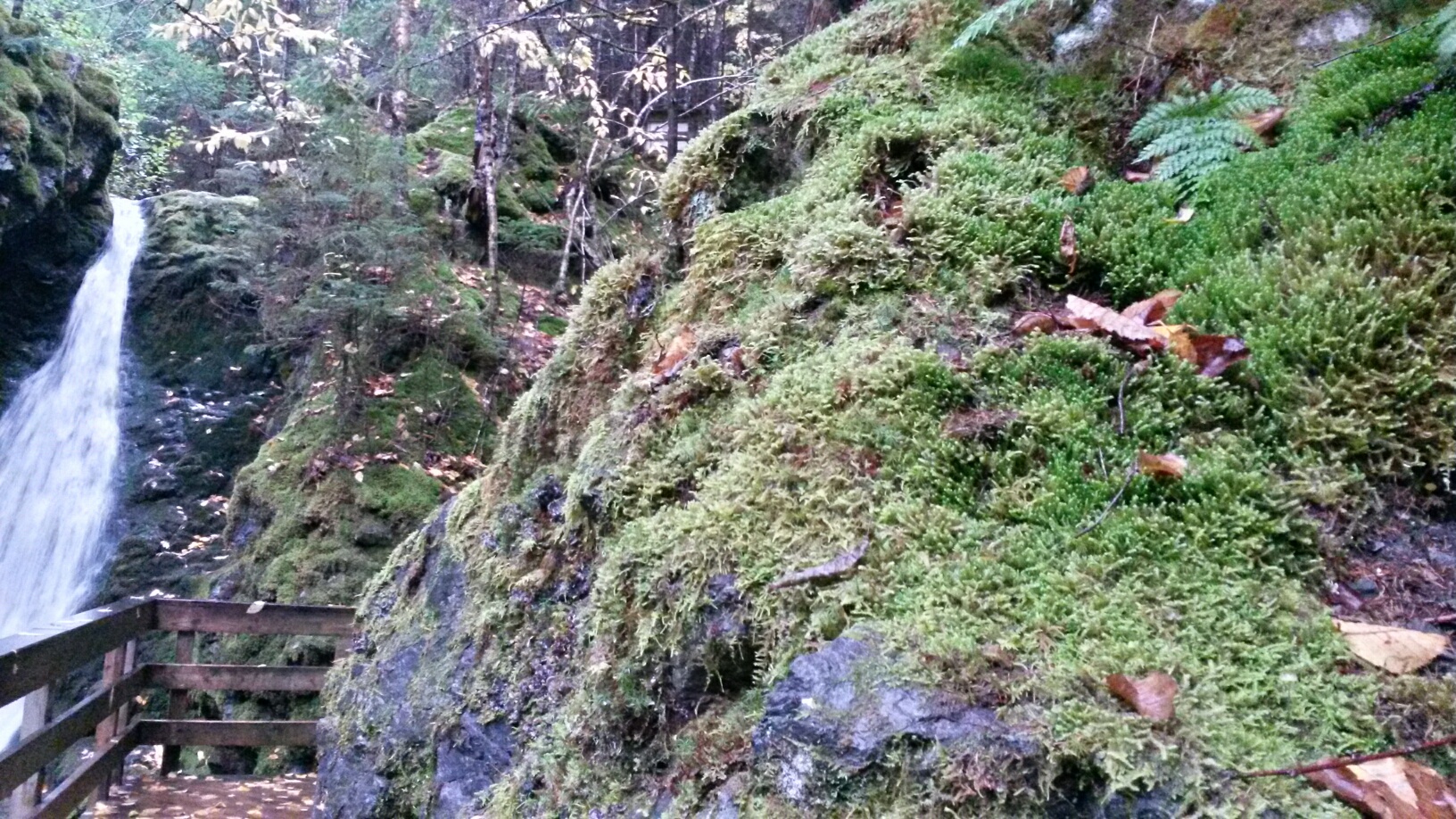 A boardwalk on the trail to Dickson Falls: 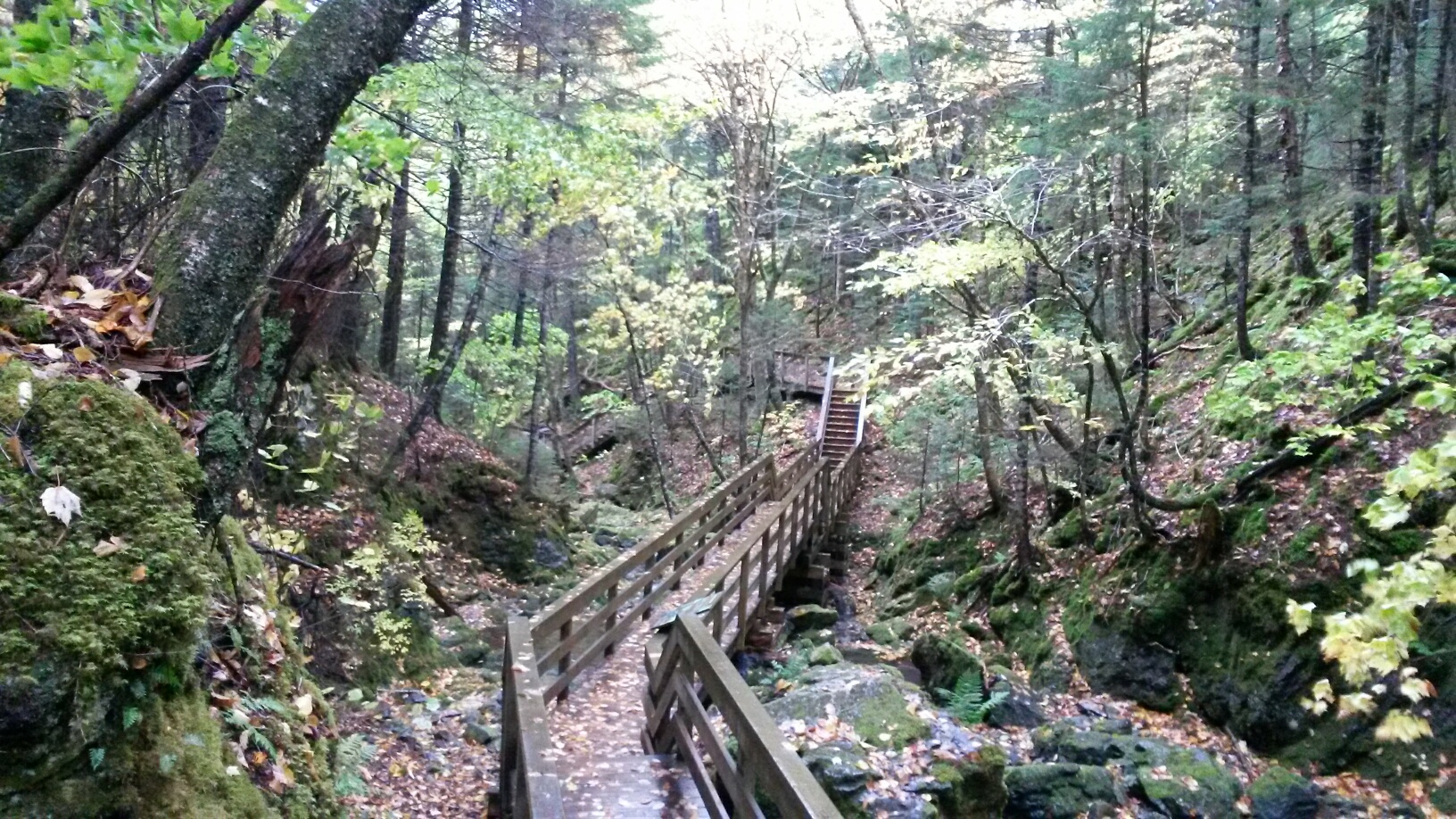