On the weekend, I took a kayaking trip down a 20-km stretch of the Saint John River, from near the Mactaquac Fish Hatchery to Morell Park in Fredericton. I stopped at a few islands along the way. This post is mainly photos of the trip.

My first stop was on Burpee Bar Island, which is an NB Nature Trust Preserve. Their website has the following description:

The island is altered annually by ice scour and seasonally fluctuating water levels that are characteristic of the St. John River. Therefore, disturbance-driven species thrive in this habitat.

In my photo, I've added a horizontal line, showing how the dried grass stuck in tree branches gives a visual indication of how high the flood waters came. 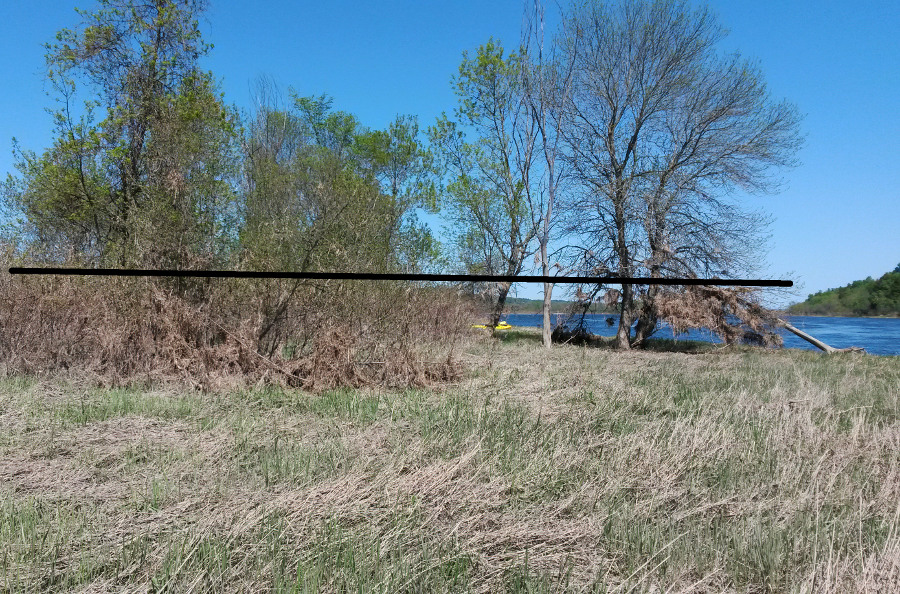 A short distance further was the downstream end of Sugar Island, which also has an NB Nature Trust reserve:

The floodplain islands (Sugar and the adjacent islands) have an unusual floodplain and prairie-type flora. The gravel strands, which are flooded annually, are effectively in a state of perpetual early succession. 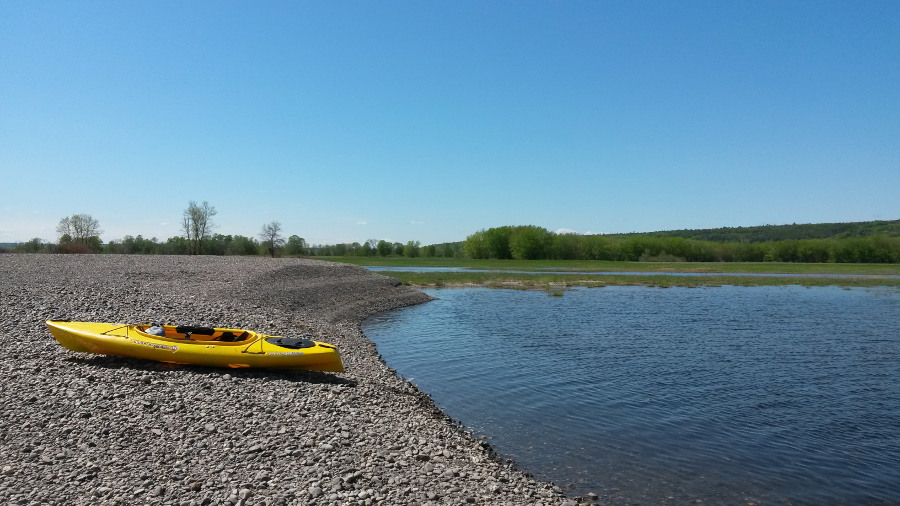 I ate a couple of samosas on a nice gravel beach and watched bald eagles and other birds (obviously cellphone photos don't do those magnificent birds justice). 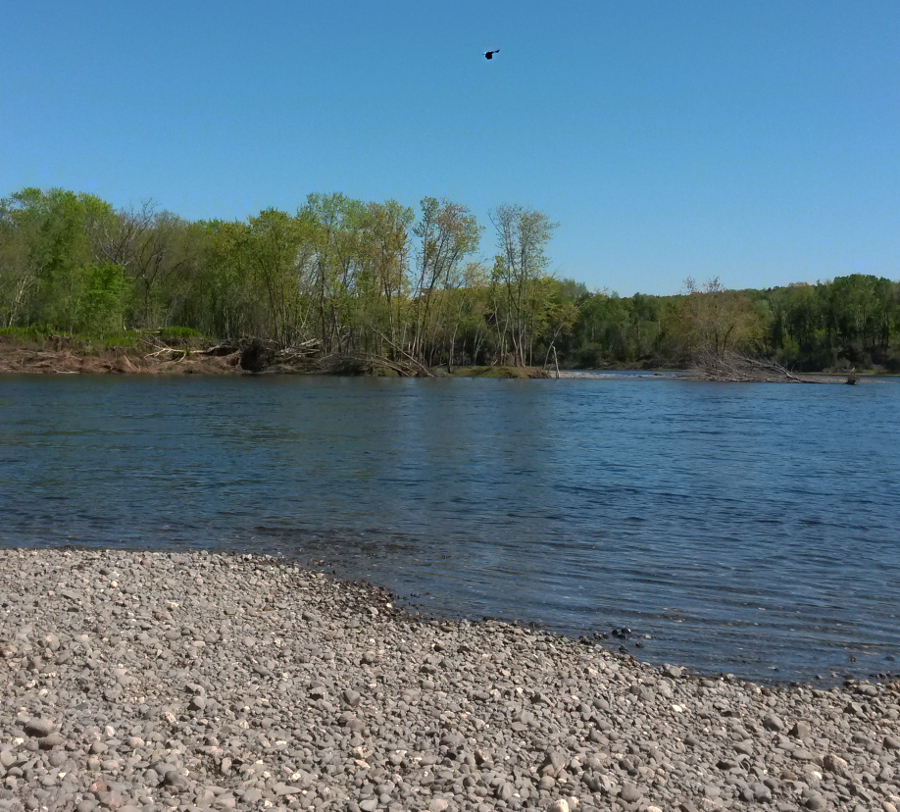 Next I went past Eqpahak Island, which I've written about before. 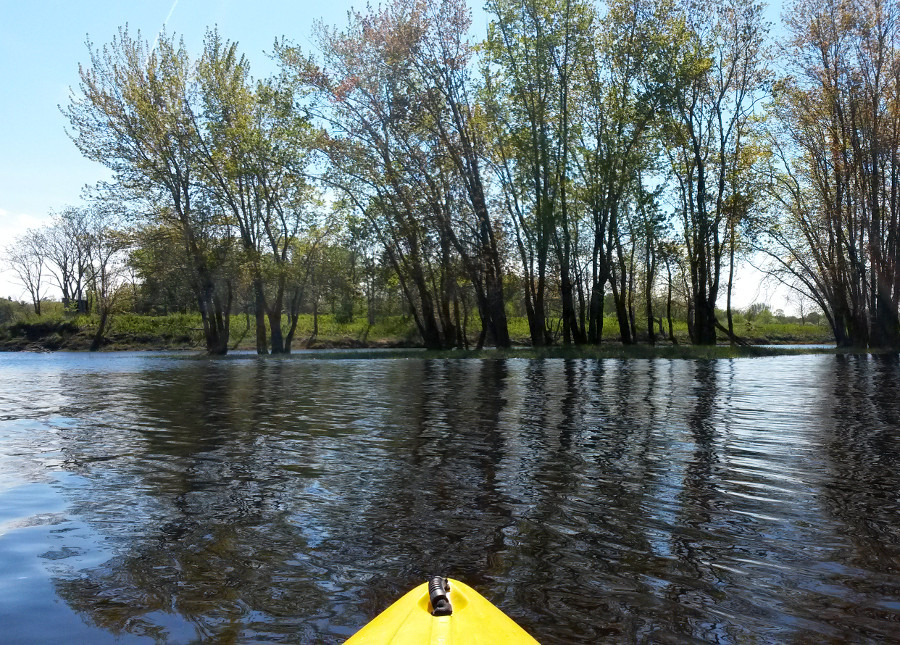 On Hartt Island and some of the others there were prominent scour marks in the banks:

After I passed Hartt Island, I had to paddle into some waves since the wind had increased. To minimize the effort required, I stayed close to the shore of Nevers Island. I also landed briefly to see the interior of the island.

There were some fiddleheads (past the stage where I'd want to eat them) in the soil below the flood line: 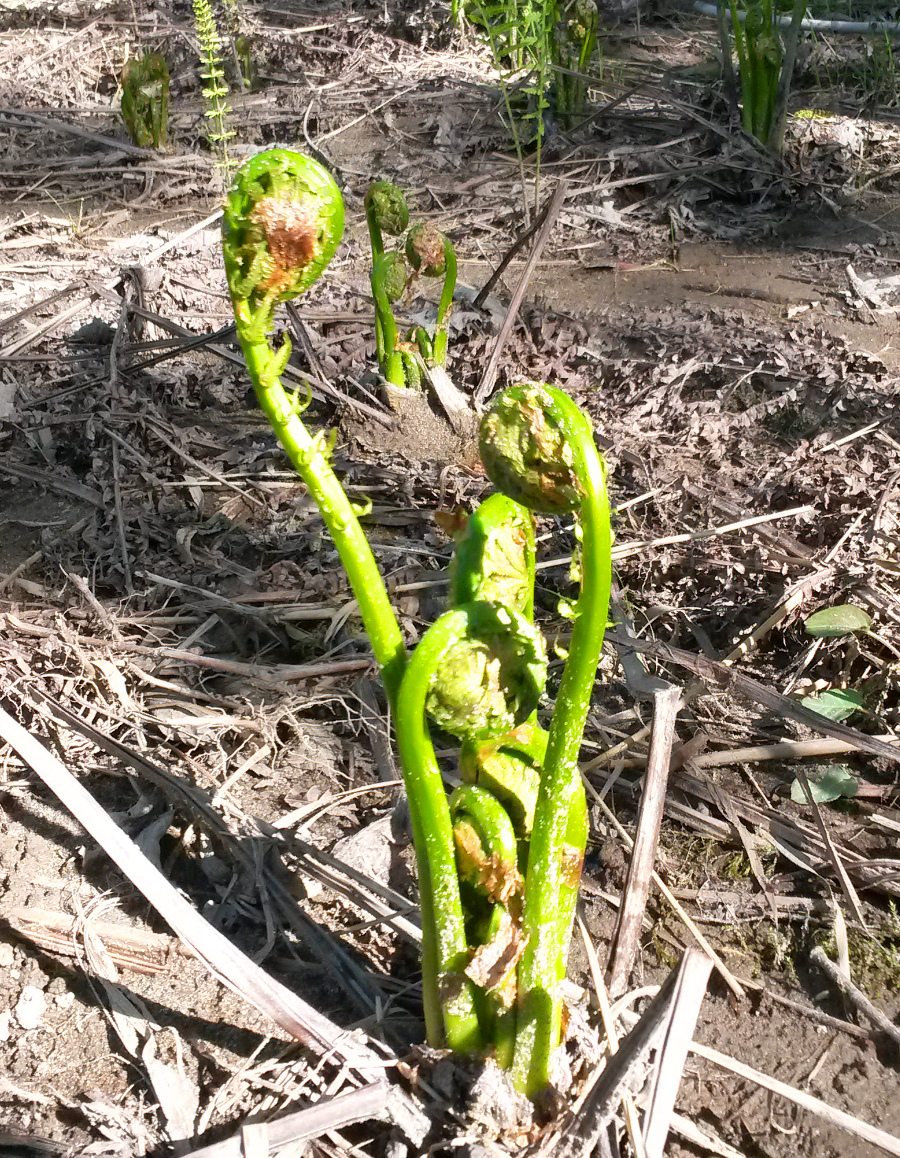 Next, I took the northern channel to be more sheltered from the wind and then the centre channel between Jewett and Clements islands.

In the final stretch of the journey, the river flows past downtown Fredericton:

Including the stops on some of the islands, this trip took around 4.5 hours.