A coworker recently recommended the game Kerbal Space Program (KSP) to me. I've been enjoying it.

I don’t spend a lot of time gaming, but from time to time I like to get into one. I especially like open-ended games (where you choose what to do instead of following a linear storyline—Crusader Kings II is another one like this) that verge on being simulators. Often these kinds of games have steep learning curves; KSP is no exception. The game involves designing rockets then launching and piloting them. With a little bit of trial and error, I was able to get into space. But just up and back, like some space tourism companies have proposed. Getting into a stable orbit was a completely different matter. After playing the in-game tutorial, reading some tips, and more practice piloting, I finally achieved it. Getting into orbit is really only the first step, as the game includes moons and planets to explore, and new spacecraft components that are unlocked as you play.

The first image below shows a rocket in KSP shortly after launch. The next image shows the map mode, where you can plan navigational maneuvers to adjust your orbit. 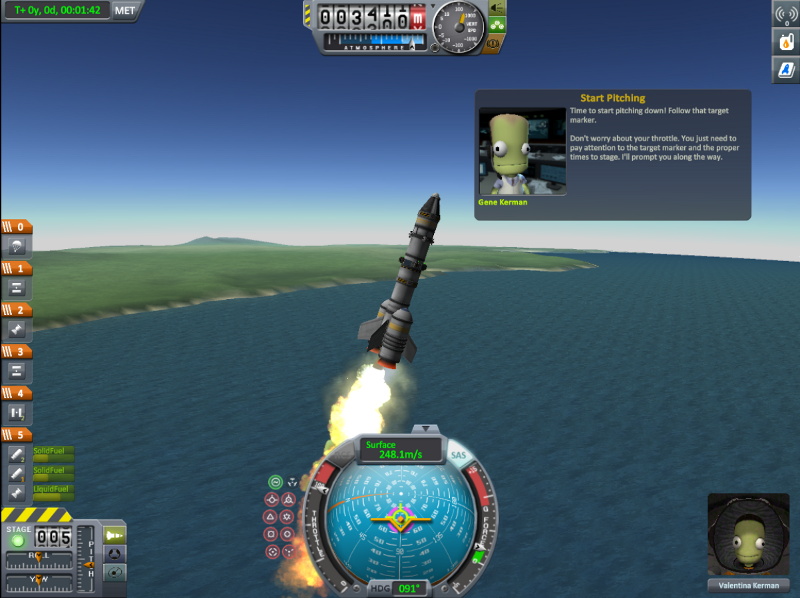 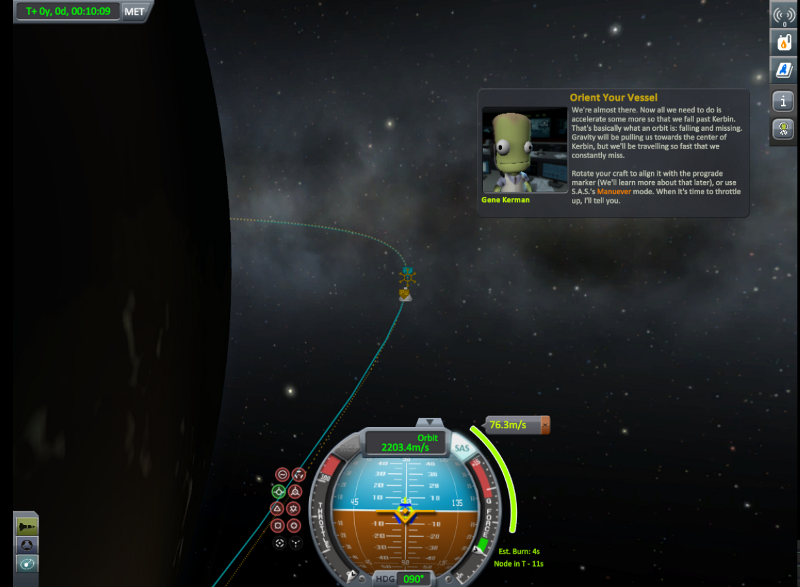 The graphics are cartoonish, but the physics in KSP is quite realistic*. The website even includes some reference equations, although you don't need them to play the game.

A spacecraft (or anything else) in orbit has a constantly-changing position and velocity. These are both in 3 dimensions, for a total of 6 dimensions. Alternatively, 6 orbital elements can be used to define the shape of the orbit and the progress around it. Changing an orbit involves firing a rocket to adjust speed (Δv) at a certain point. This point will still be on the orbit while the shape of the orbit is most affected at far away points; for example, maneuvers at apsis have the biggest impact on periapsis. I'm looking forward to trying some various maneuvers in KSP, once I can get a ship into orbit with fuel to spare.

I've written before about watching 'The Expanse'. Season 2 just finished, and it is still going strong. One of the neat things about that show is its realism. When there are navigational screens shown (e.g. the still shown below from this clip) they display curved orbits, for example. And ships flip around and burn their engines while travelling in reverse to decelerate. 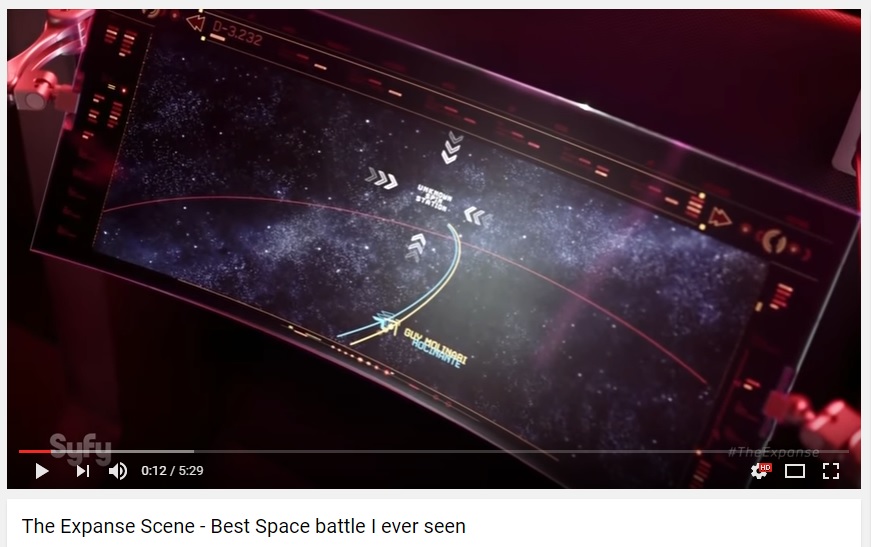 Finally, here are a couple of thoughts to end this post:

* There are some simplifications in the simulation. To bring this post full circle, the three-body problem wouldn't occur in KSP, since each area of space is assumed to only be under the influence of one celestial body at a time.