On Saturday, I visited a new exhibit that had opened up at a local museum. I also had to travel to Truro, NS for my job and visited a museum there on Sunday. Note that I have a busy couple of weeks coming up, so I'm not planning to write a post next week. Check back in July for new content.

This exhibit took up one room in the museum. It had cabinets with artifacts, a screen that cycled some old photos, and signs that told the story of First Nations history and culture in New Brunswick. The signs were in four languages: Mi'kmaq, Maliseet, English, and French. One weakness of this exhibit was that many the artifacts didn't have much in the way of labels to explain their significance and tie them into the story being told.

Here are some of the items that were included in the display. On the left is a cabinet with some stone tools and on the right are some birch bark baskets. Apparently it was common for designs to be scratched into the dark layer of the birch bark. 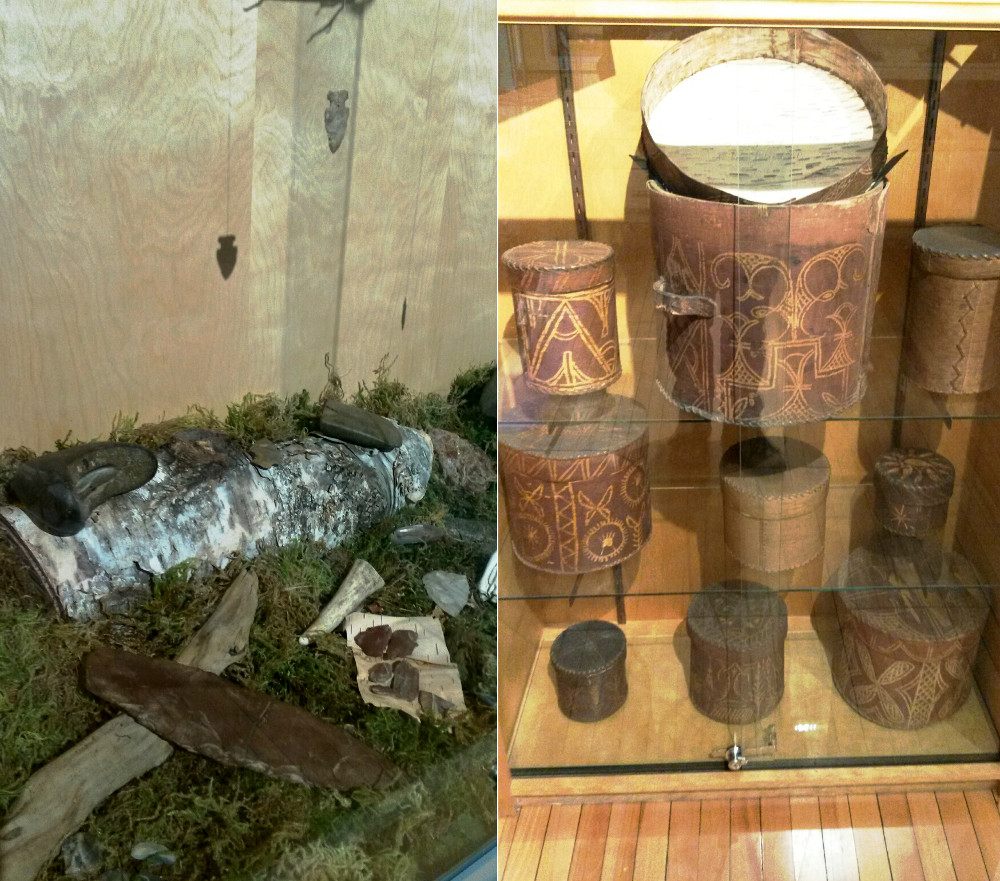 (Speaking of baskets, there is also a cool exhibition on right now at the Gallery on Queen that includes creative wooden baskets by Ralph Simpson, a retired forest ranger.)

The exhibit at the Fredericton Region Museum also had a pre-confederation letter from Lt. Gov. Thomas Carleton ordering that the lands of a reserve be respected. A copy of the Ganong map was included in the display as well, to show ancient canoe/portage routes in the province.

In Truro, I stopped at the Millbrook Cultural and Heritage Centre. I've mentioned this heritage centre before in my suggested travel itinerary for the Maritime Provinces, but can't recall the last time I've visited it. They have a small museum—and a really good gift shop.

The highlight of this museum, for me, was seeing a birch bark canoe that was in the process of being built. I wasn't there at the right time to actually see the builder working on it, which would have been even better. They also had a few completed canoes on display.

The Millbrook Cultural and Heritage Centre also had a petroglyph on display and various pieces of Mi'kmaq material culture such as the quillwork baskets in the following picture. At this museum, the artifacts had pretty thorough descriptions. 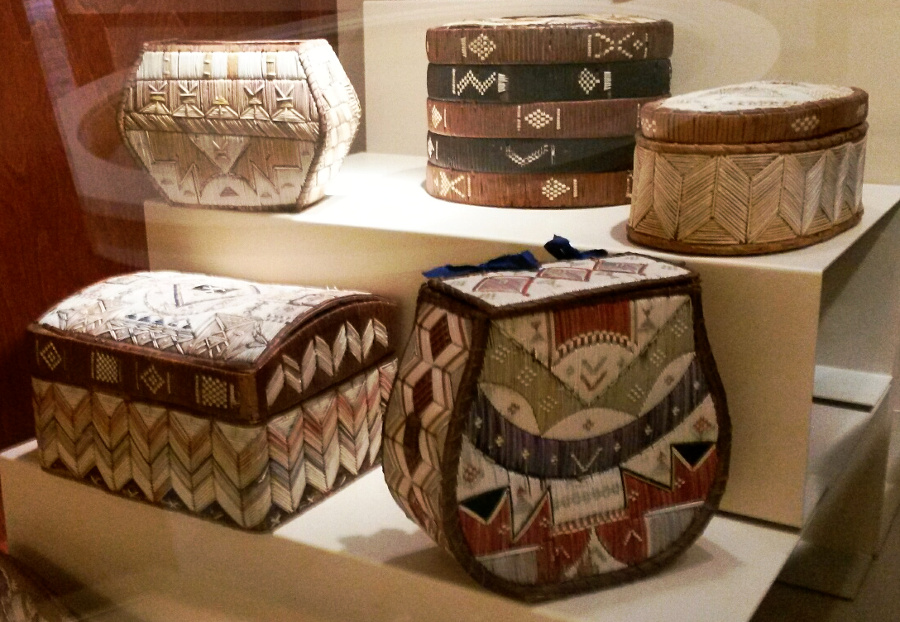 One interesting thing I learned at this museum was about the Treaty of Watertown, which was the first treaty signed by the US after the Declaration of Independence. To this day, Canadian Mi'kmaq are allowed to enlist in the US armed forces.

I'll wrap this post up with a couple of park recommendations. While I was in Truro, I went for a short hike in Victoria Park; it has a really scenic ravine and waterfall. And on my drive home, I stopped briefly at the Sackville Waterfowl Park (which I've mentioned in a previous post).