My trip to France this spring ended in Toulouse, and so will this series. (See previous entries here, here, and here).

Toulouse was distinct from other places in France that I visited in a couple of prominent ways: a lot of the buildings are made of brick (giving the city its nickname 'la ville rose') and its proximity to Spain meant that there were lots of restaurants with tapas or pintxos on the menu. Yum! Another interesting feature was the presence of the Occitan language on some street signs and in a few specialty bookstores.

One of the features of Toulouse is the Canal du Midi. Built in the 17th century, it was one of the great engineering projects of its day. It begins in Toulouse, and stretches over 200 km to the Mediterranean; the Garonne River flows the other direction to the Atlantic Ocean at Bordeaux. Actually, three canals (Canal du Midi, the Garonne Lateral Canal, and the short Brienne canal linking to the Garonne River) meet at a basin/canal port in Toulouse, with arched openings to each one. The Canal du Midi is lined with stately plane trees, that are sadly at risk to a fungal infection. They stabilize the banks and shade the canal to reduce evaporation. 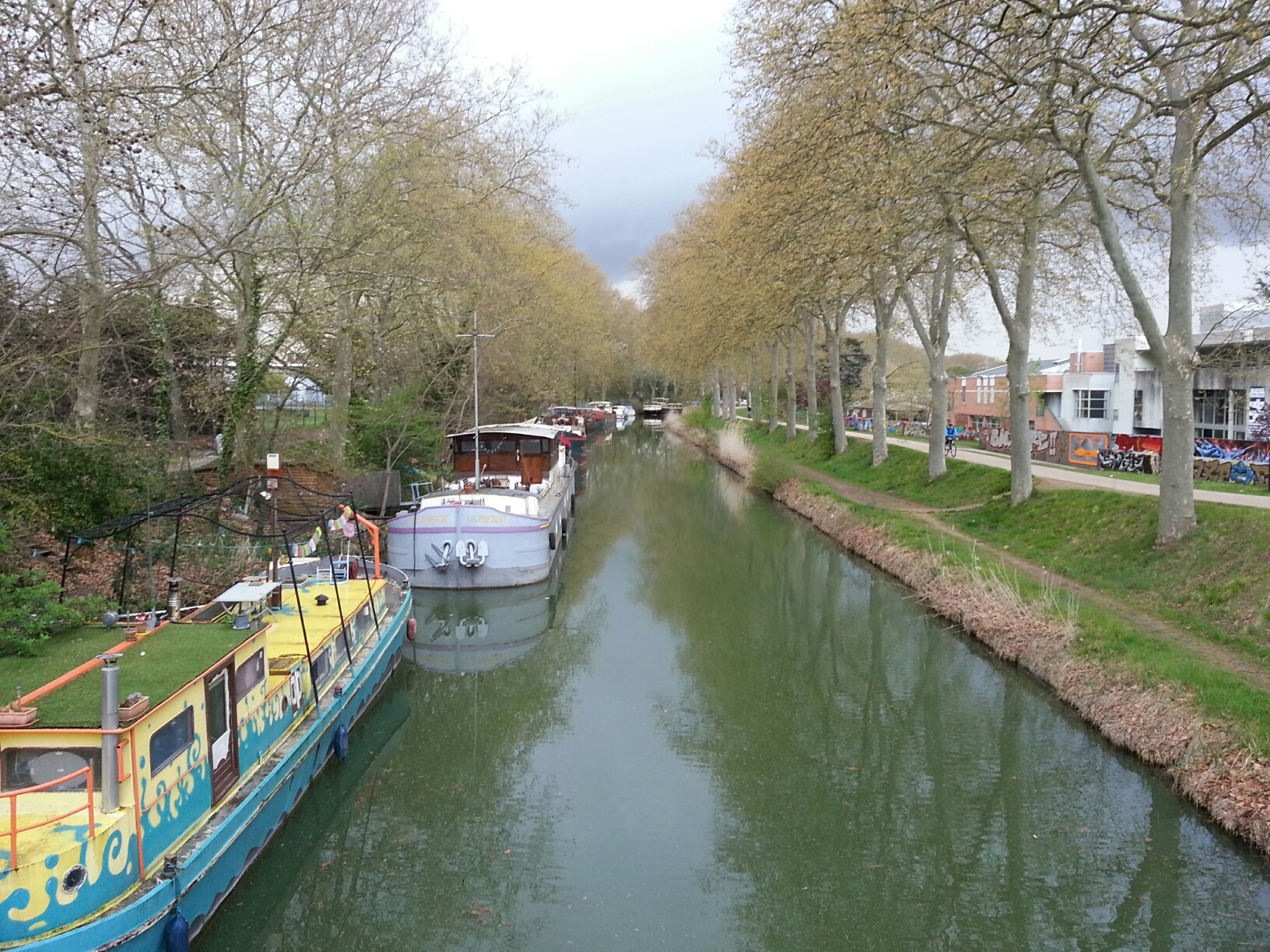 While I was in Toulouse, I went walking and biking along the banks of the canals. I also went on a boat tour that passed through a few locks and described some of the buildings near the canal. The tour was included with a tourist pass for the city.

With the tourist pass, I went to three art galleries. The Musee des Augustins is housed in an old monastery. It was worth a visit just to see the cloister and chapel. The museum's collection included a lot of sculptures (they had an entire room dedicated to column capitals), but also some nice paintings. This picture shows a row of gargoyles that were displayed in an arcade of the cloister. 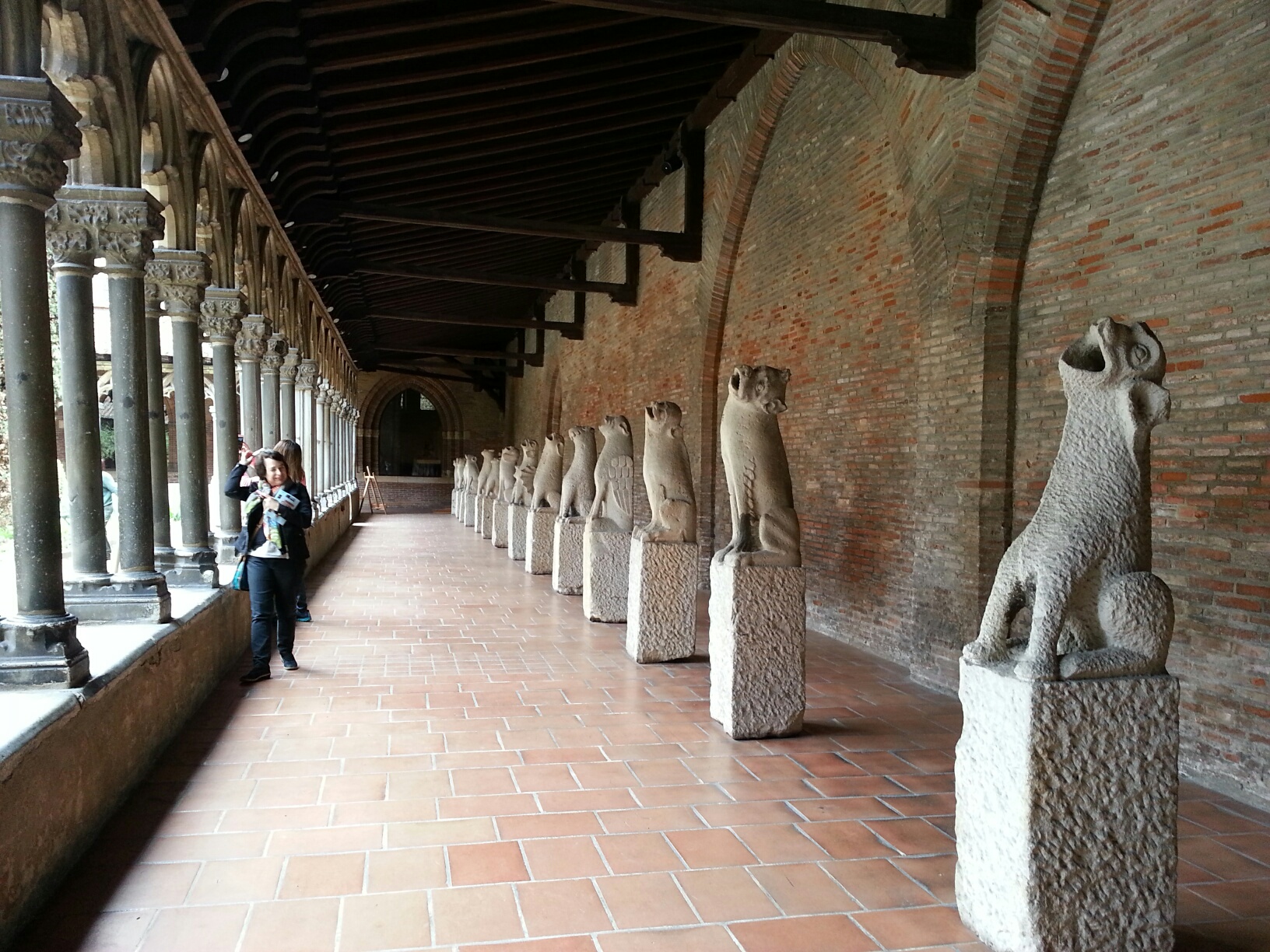 The Chateau d'Eau gallery is dedicated to photography. When I visited, one of the shows being exhibited was by Paola de Pietri. It had some truly fantastic landscapes from the Alps, that were metre-high contrasts of rock, vegetation, and snow. 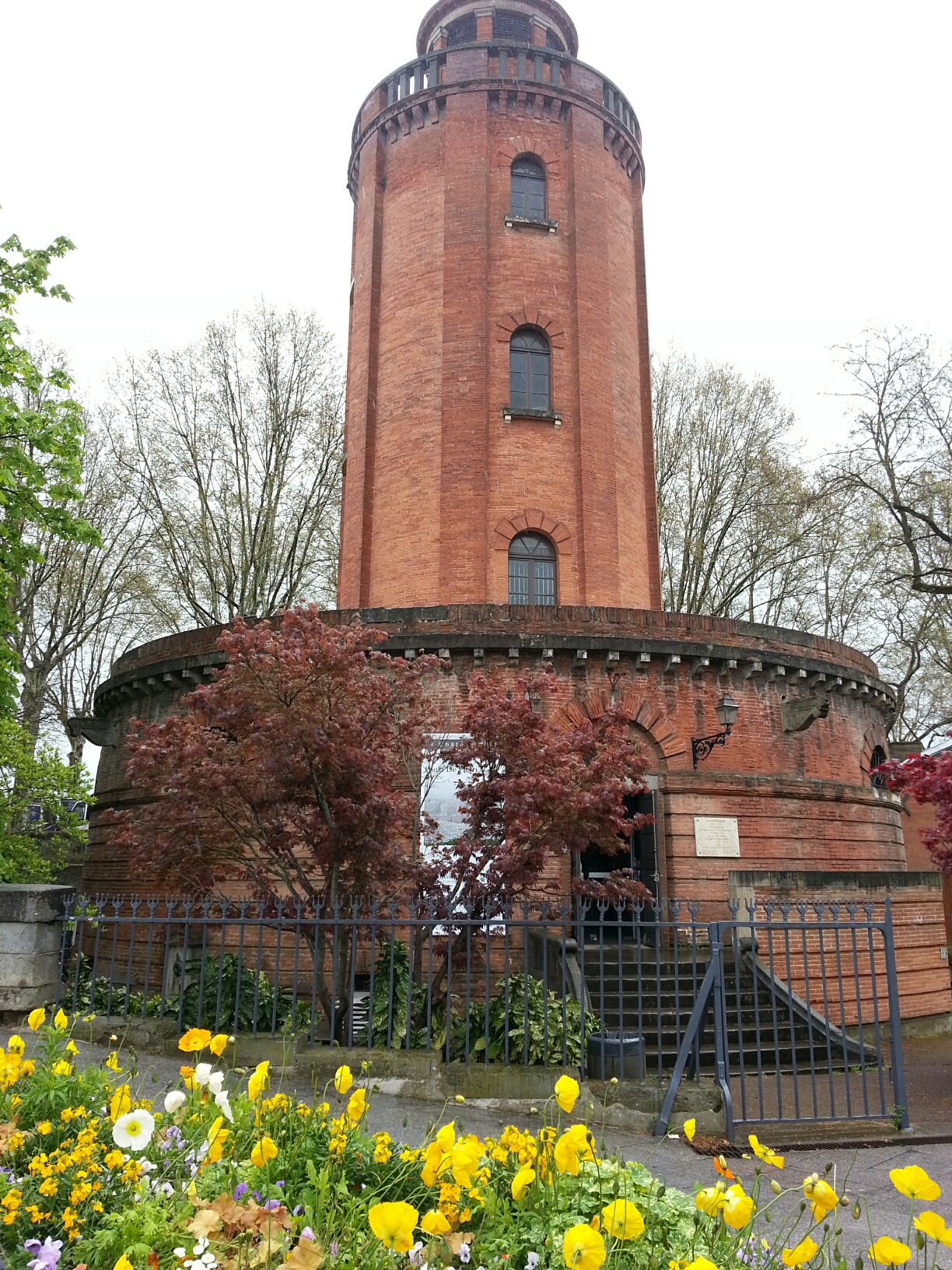 The other gallery I went to, Les Abattoirs, didn't really appeal to me. It was filled with the kind of modern art that feels like it's trying too hard. For example, a couple of the pieces that I actually did like were painted with dirt (by Antoni Tàpies). I'm glad I had a tourist pass, because I didn't feel like it was a waste of money to leave after only a short visit.

The brick architecture in Toulouse extends to the churches in the city. This is the main cathedral of Toulouse (St-Etienne), which has an interesting asymmetric front. 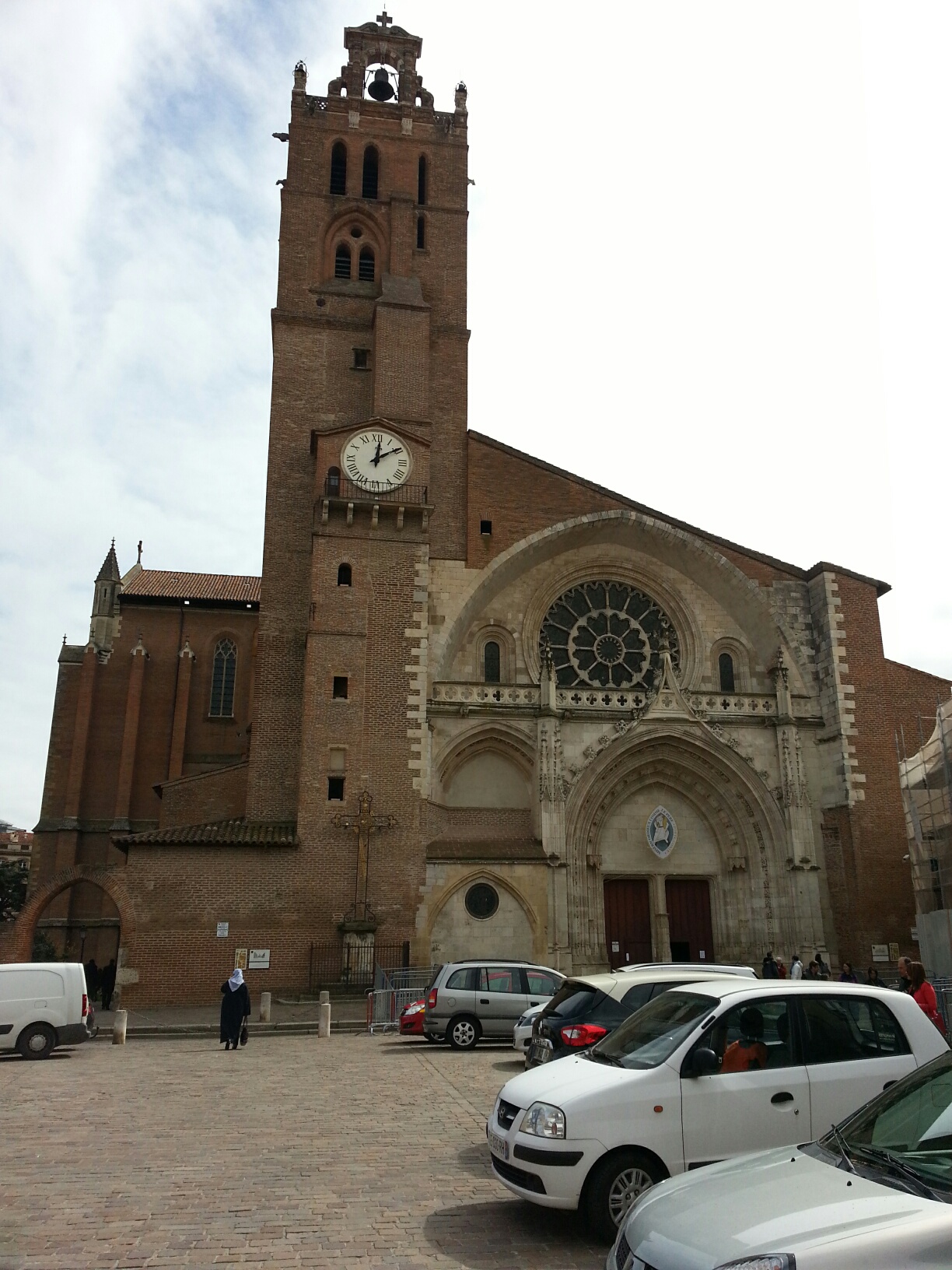 Another significant church building in Toulouse is the St-Sernin Basilica. It is considered a prime example of Romanesque architecture. It is on the Camino Santiago pilgrimage route.

I also visited the Eglise des Jacobins, a church and cloister of the Dominican order (confusingly, also known in France as Jacobins). I'd heard that the ceiling inspired Salvador Dali for the background of his painting Santiago El Grande—I can definitely see some resemblance. The church is also the resting place of the earthly remains of St. Thomas Aquinas; the cloister has some interpretative displays on the Dominicans. 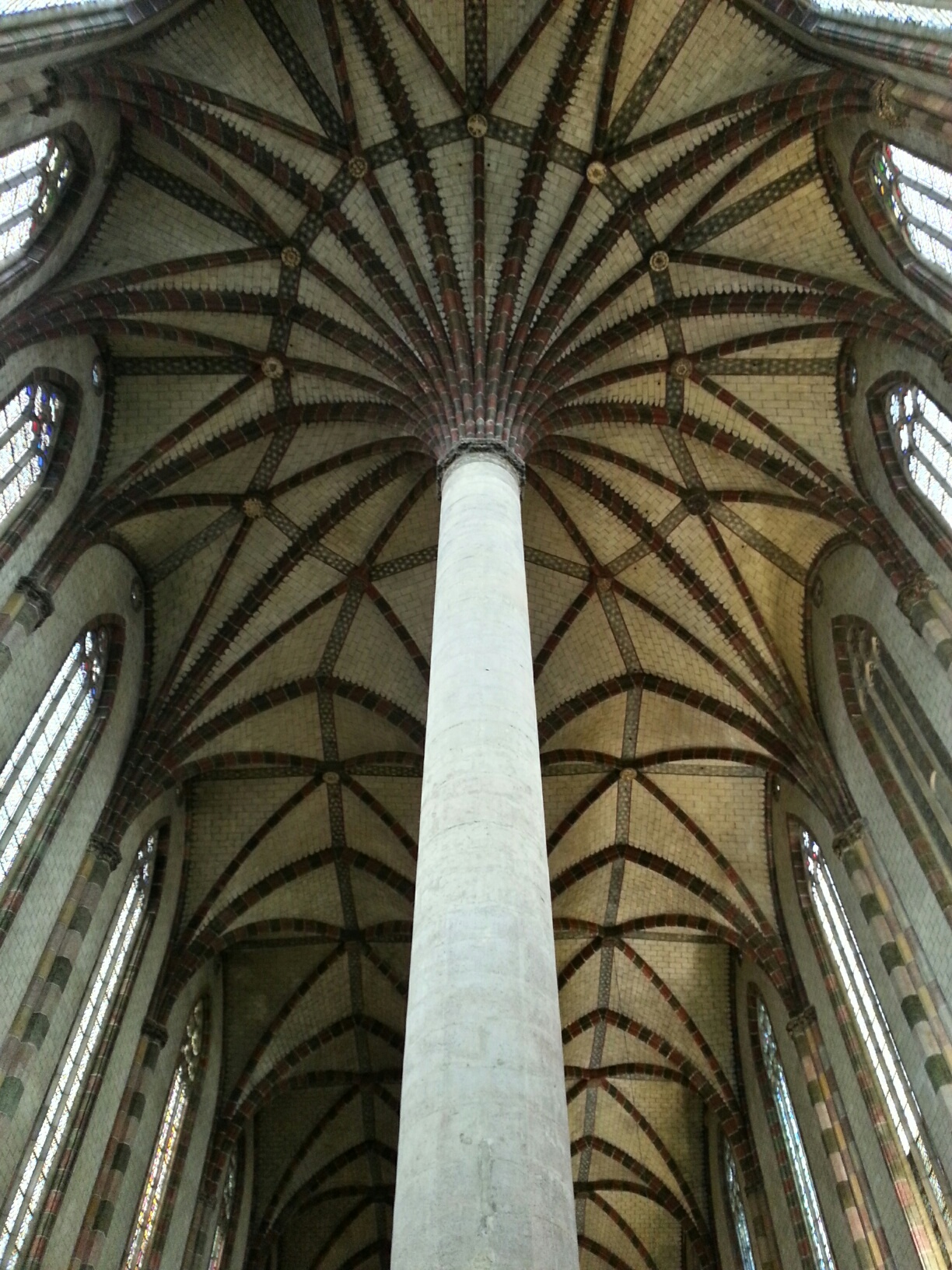 While I was in Toulouse, I attended a concert by an artist from Montreal: Coeur de Pirate (at Le Bikini). There was a large crowd that seemed to know most of her French songs. It was fun.

Toulouse has lots of outdoor markets in different places on different days of the week (and some indoor food markets that are open most days, I think). I also noticed that it has tonnes of bookstores. One of the parks I went to had a nice Japanese garden. All in all, it was a very pleasant place to visit.