A week ago, I was having fun on Prince Edward Island so I didn't have time to blog. For this week, I thought I'd post about 3D printing since it's been awhile since I've done so.

In a recent post I mentioned that I had a couple of DIY projects planned. As part of these projects, I designed some components and tried to make them on my 3D printer.

However, as seen in the image below, the filament jammed:

The tip is partially melted, but higher up the filament there is a part that looks like it got compressed simply from being pushed through a constrained opening. Further up (not visible), the filament was worn down from the feeder cog. This has happened before since the time that I replaced the extruder nozzle, so I'm starting to think that I didn't get the installation quite right.

Rather than face the frustration (with no guarantee it would work anyway) of trying to re-fix my 3D printer at this time, I decided to turn again to 3D printing as a service. I used 3D Hubs as I did before; it worked out great. 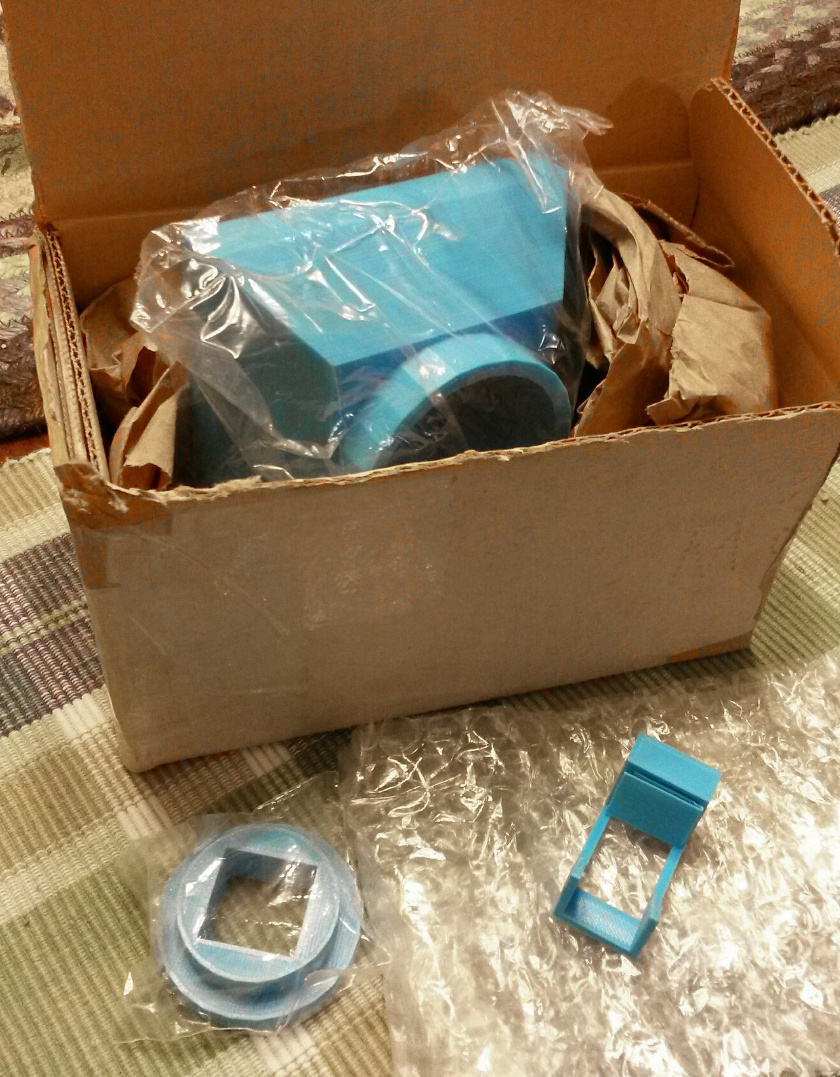 Here are the components that I received, above. The two small pieces in front are for a telescope (previously mentioned) and the larger piece in the box is for a fan. I plan to share the results when I get them assembled.

Also on the topic of 3D printing, I noticed that some tiles that I shared an .stl file for now have a couple of nice "makes" with photos on Thingiverse: 1, 2.