At the start of the month, as I mentioned a couple of weeks ago, I attended a big wastewater conference in Chicago.

Note: everything on this blog is solely my own view and is written in my own capacity.

I was one of over 22,000 people to attend WEFTEC this year; it was my third time at this conference and tradeshow. After arriving and getting set up on Sunday, some coworkers and I went to the Gospel Brunch at the Chicago House of Blues. The next three days were non-stop: talking to people at our booth and perusing the tradeshow floor, attending some technical presentations, and going to networking events in the evening. On Thursday, we had another day of meetings in the lovely town of Geneva outside of Chicago (I started the day with a short 15-min jog along the Fox River). It was a privilege to be able to go.

Before I get into some notes on the technical sessions and other observations, I'll share a couple of photos to hopefully give a sense of what it was like to be there.

This photo only shows a portion (I'd guess around 10%) of the tradeshow floor, to convey the scale of the WEFTEC conference: 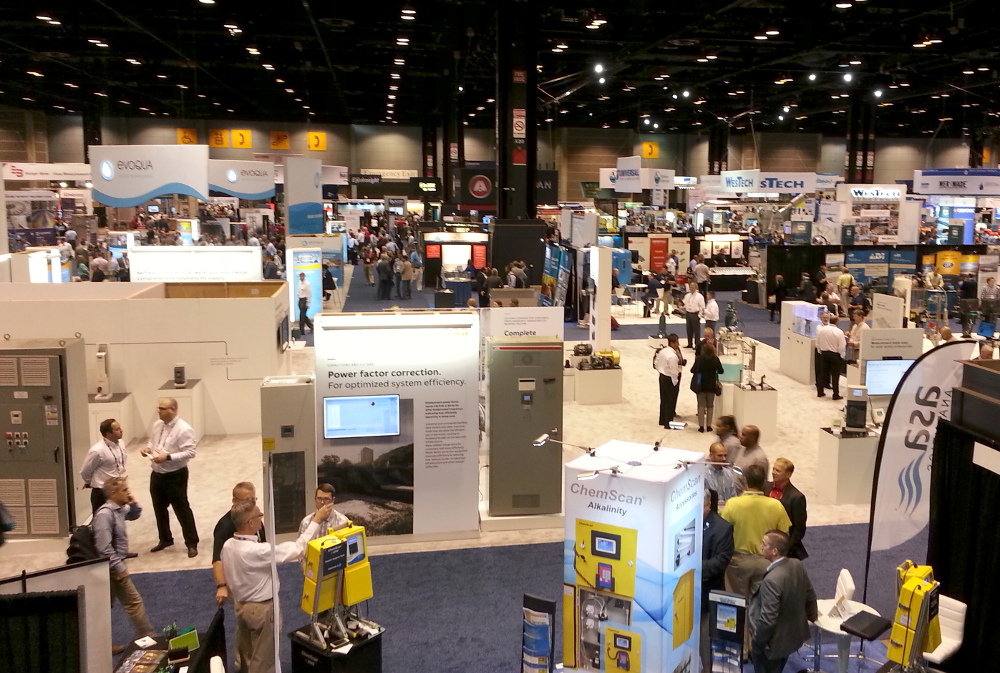 The photo, taken from a rooftop lounge, looks across the Chicago River at the Wrigley Building and the Tribune Tower. The architecture in that city truly is impressive: 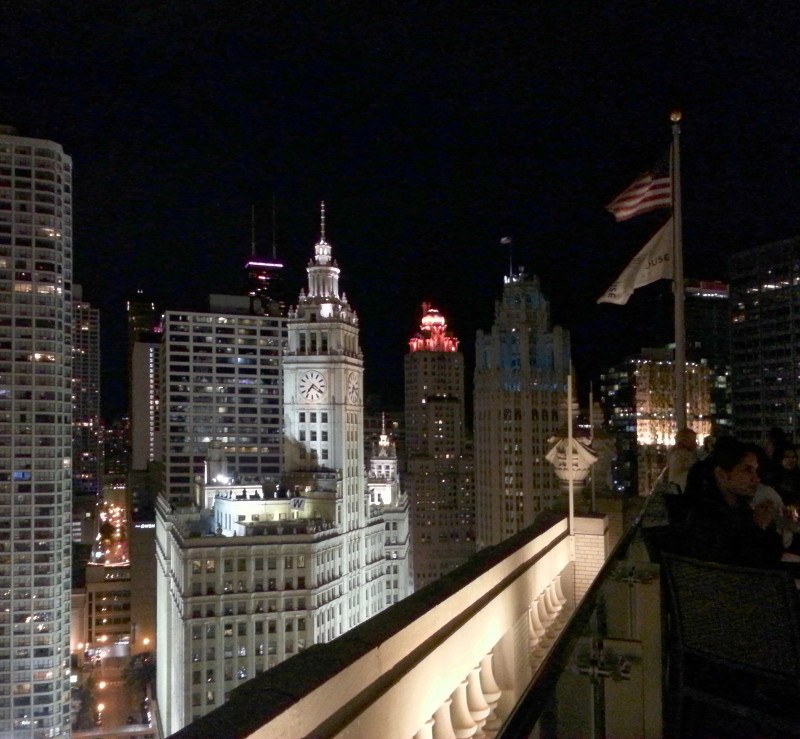 A couple of the technical sessions I went to were 202 ("Optimizing the Nutrient-Resource-Energy Nexus in a Carbon and Energy Constrained World") and 601 ("Application of Advanced Biological Treatment Processes to Challenging Industrial Wastewaters"). The former session was focused on research that is still distant from the application stage (as far as I could tell), while the latter session featured case studies of completed projects.

Here are some very concise summaries of some of the presentations I saw in Session 202:

As I mentioned, the research in this session did not seem like it was close to commercial viability.

I only had time to see a couple of presentations in session 601, but they were both really well done (disclosure: one of them was given by a co-worker about a project by our company, so I'm probably a bit biased):

Aside from the presentations I saw at the conference, there were several that I didn't have time to attend, but for which I looked up the papers in the proceedings. There are a couple of them that used a biochemical methane potential (BMP) assay. I'm very familiar with applying this assay, so I had a few critiques of how it was presented in those papers:

Because of the broad scope of the show (from the stormwater presentation track, to operator challenge events, to university research presentations, to an industrial wastewater mixer) there is something for everyone—everyone who works in the field of wastewater—which means everyone will have a different perspective looking back at the conference. Here are someone else's (who I've never met) notes on WEFTEC 2017.

A final item that I will discuss is that it's clear at a conference like this that a lot of highly talented professionals in the wastewater treatment industry are getting close to retirement. There will be some big shoes for younger professionals like myself to fill; the breadth of experience that some of these older guys have is irreplaceable in my view.

If you enjoyed this post, here are some other things I've written this year that are related to what I do professionally:

On the heels of my previous post, I wanted to write something else related to the science of wastewater treatment. The two papers I discuss below are ones that I've read in the past, but haven't shared any notes on before. The papers I

This weekend I went to a couple of art exhibits and I decided to share a bit about them below. On Saturday, I went to Saint John for the day. I got lunch at the City Market, wandered around Uptown for a while, visited