The weekend that just passed was the New Brunswick Day long weekend here. As in previous years I wanted to get out and enjoy some of the natural beauty in the province.

Deer Island is one of the inhabited islands in the Bay of Fundy. I went there for a day and went on a sea kayaking tour with Seascape. It was a fantastic day to be on the water and a great place to explore in that way! We were out for around 5 hours (including a stop on an island for lunch) and I'd estimate we covered around 15 km.

To the east of Deer Island there are a bunch of smaller islands (mostly uninhabited). This archipelago lies between the Passamaquoddy Bay and the Bay of Fundy proper, and the channels between the islands have strong currents that change with the tides. It is not an area I'd go without a guide; the guide from Seascape Tours was very knowledgeable and was able to direct us on a route where we weren't fighting the currents or the wind (that rose to 10 – 15 knots in the afternoon) too hard.

This part of the bay is an extremely productive marine environment. While out sea kayaking, I saw a bunch of porpoises and seals (harbour and grey seals), and even a Minke whale (from further away than the other marine mammals). (Unfortunately, these marine mammals didn't stay in one place long enough to get out my camera). Last year, I went on a whale watching tour in the same area and didn't see any, but that was a month earlier in the year (August is the peak month, I think) and this year I've heard of a lot more whale sightings (even from ferries). The herring run is apparently also really strong this year and it makes sense that whales would follow their food into the bay.

I've been kayaking in the Bay of Fundy before, but further into it at St. Martins. To compare the two areas, I'd say the inner bay has more spectacular geology while the outer bay has more richness in terms of biology.

Here are a few photos from Deer Island:

Paddling past some herring weirs: 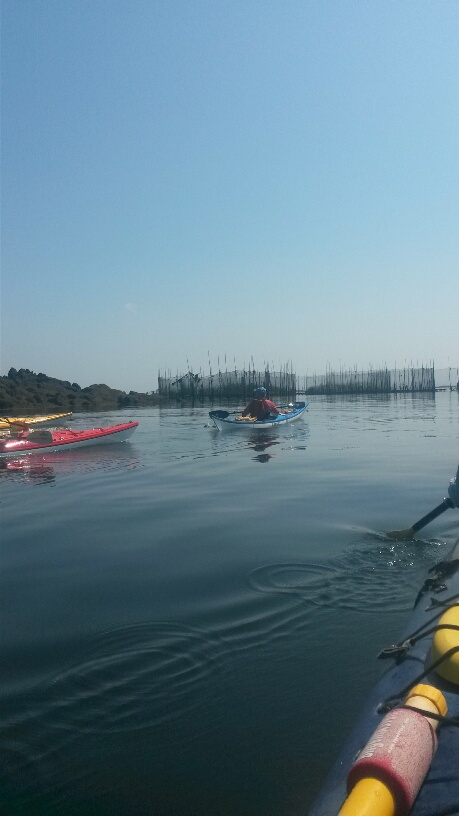 Part of the archipelago: 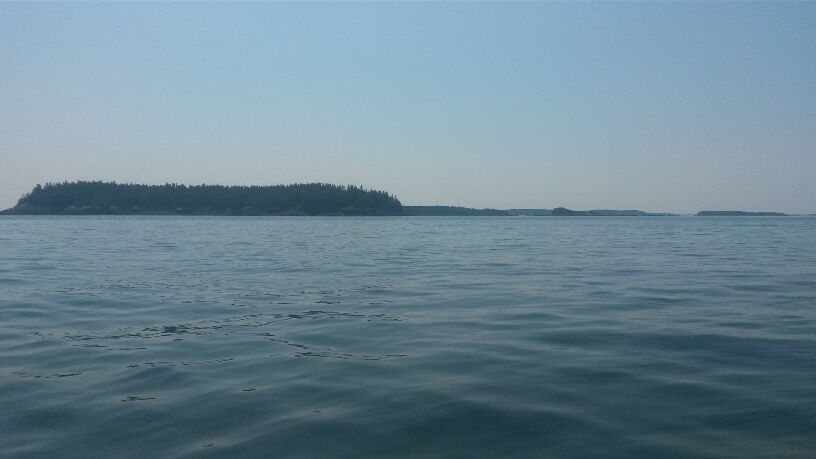 The beach* where we had lunch: 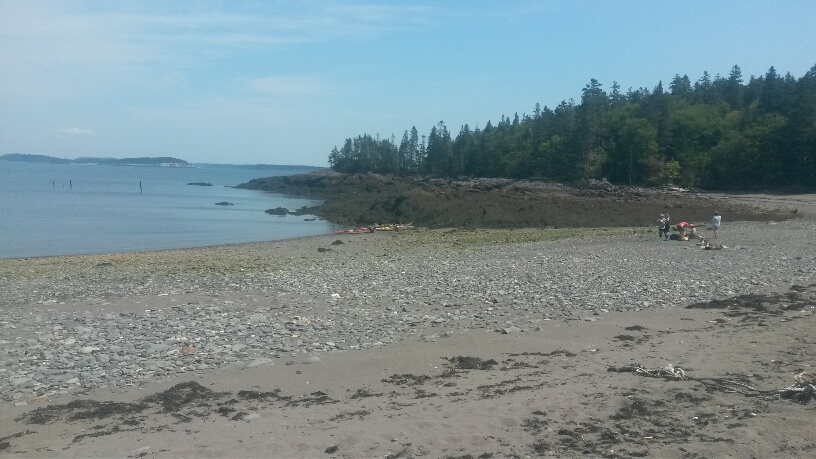 *I believe this beach was on Barnes Island. Our route also took us past Nubble Island, Simpsons Island, and Beans Island, if I recall correctly.

The ferry back to mainland NB: 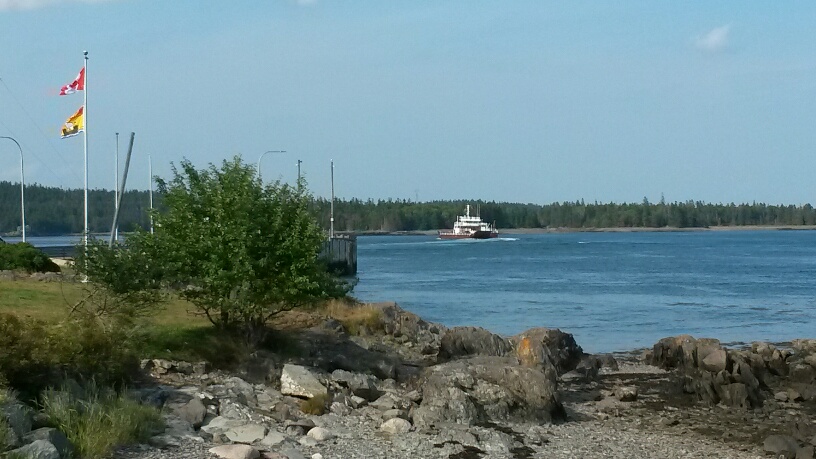 To wrap this post up, here are a few related links: