I didn't have a post last week because I was returning from vacation. In the next few posts, I'll be writing about the places I went: Denmark and the Netherlands.

As the title says, I stayed in Denmark for five nights. My accommodations were in Copenhagen (at Bedwood, a hostel with a great atmosphere), but on a couple of days I took daytrips to other towns. Copenhagen was founded in 1167 (so after the Viking age) by Bishop Absalon. Due to its position at the entrance to the Baltic Sea, trade and shipping have always been of high importance to Copenhagen. During the seventeenth and eighteenth centuries, it was a busy entrepot for triangular trade with overseas colonies (Denmark had a colony in the Caribbean, forts in West Africa and India, and a trading concession in Canton, China); in the early seventeenth century, King Christian IV expanded Copenhagen with the Christianshavn merchant district (old warehouses can still be seen in this part of the city), which he based on Dutch-style urban planning. In modern times, international trade remains prominent in Copenhagen: the shipping giant Maersk accounts for 2.5 percent of Danish GDP.

Five days definitely wasn't enough time to see everything in the Copenhagen area, but from what I was able to do here are my Top 5 things:

Other things I did in Copenhagen that are worth mentioning were going to some museums (the National Museum, the Designmuseum, and the Danish Architecture Centre), the aquarium, the historic Carlsberg brewery, and the Round Tower.

Here are some photos and notes from some of the places mentioned above:

Copenhagen has a lot of waterfront due to the harbour and the canals. These pictures (starting in the top left) show Nyhavn, the Kalvebod Bølge (a recreation-oriented boardwalk), and a panorama (from BLOX, the home of the Danish Architecture Centre, on the left to the Library on the right): 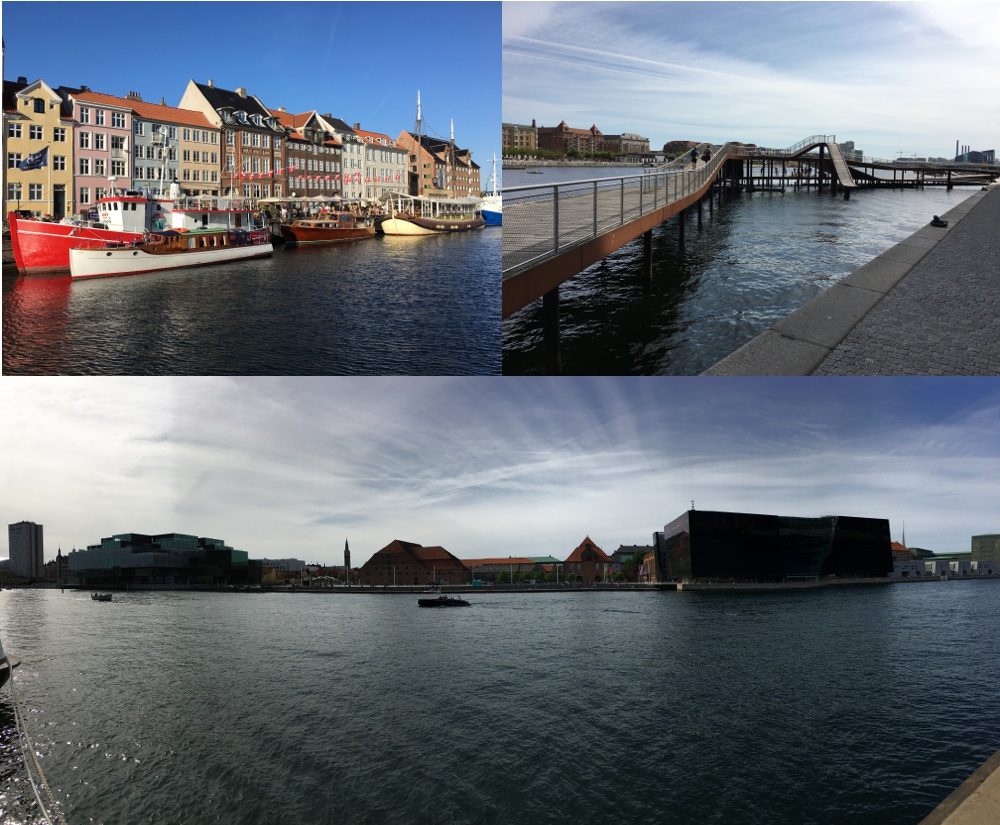 Here's a photo from the kayak tour I went on, approaching the Cirkelbroen: 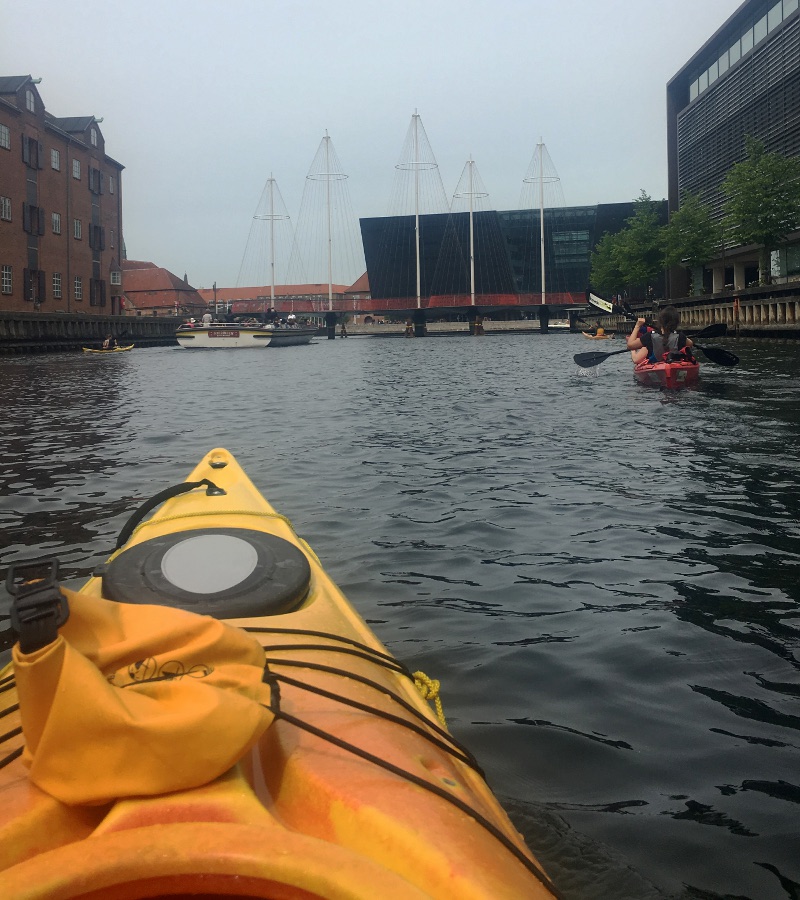 When I went biking around part of the harbour loop, this is the approximate route I took (the original image comes from Copenhagenize): 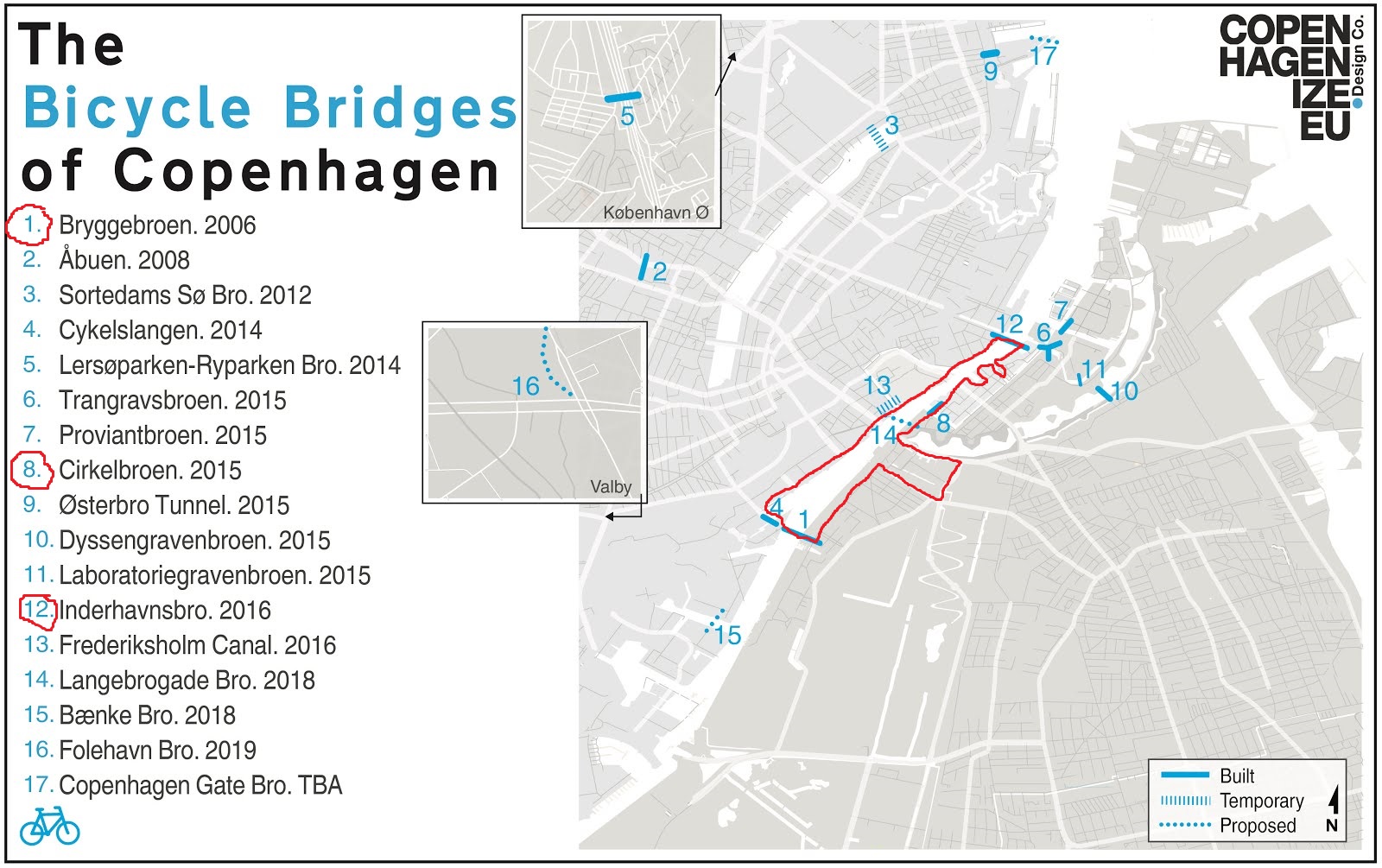 At the Nationalmuseet, some notable exhibits were on bog bodies, Vikings (but only a few rooms—I was hoping for more), and Arctic culture (Greenland is a Danish territory). The following images show some of the artifacts I found interesting. Silver coins from a Viking cache that bear Arabic inscriptions show how far their trade routes reached. Polynesian stick charts are used for navigation. The traditional kayaks and kayak tackle reminded me of a documentary I've watched about traditional hunting practices from kayaks. 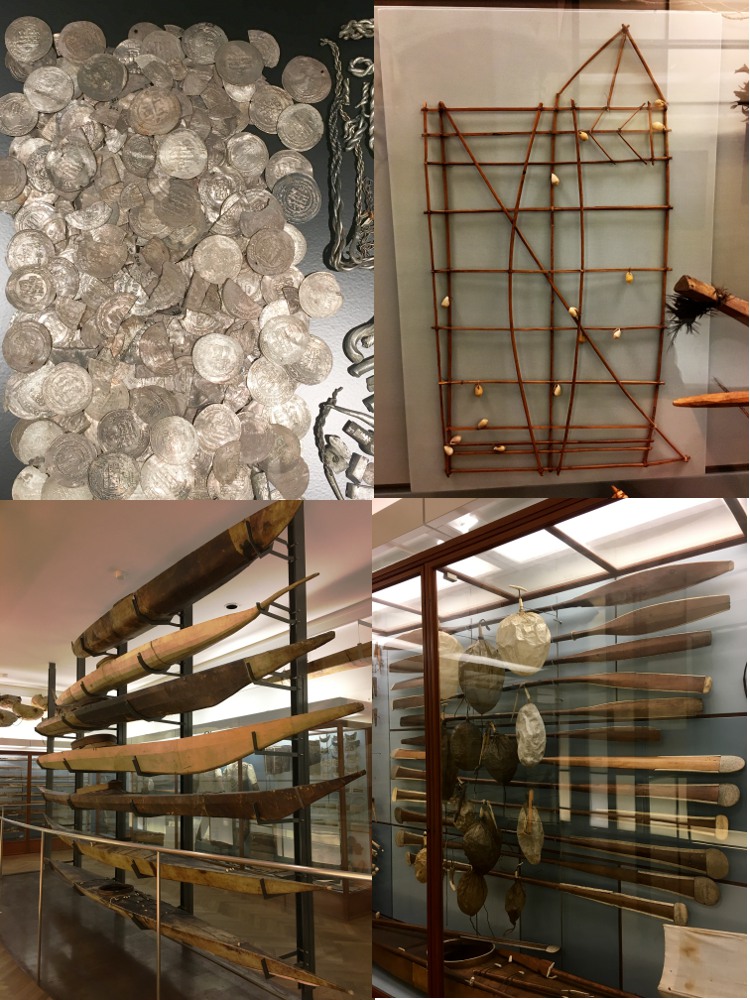 At Visit Carlsberg, I went on a self-guided tour of the old brewhouse, which included a lot of displays on their history. While I was in the neighbourhood, I also went to see the laboratory where Johan Kjeldahl (memorial pillar pictured in the inset) worked. He came up with a test for organic nitrogen that still bears his name. There is another memorial there for Emil Hansen, who also worked at that laboratory and was the first to isolate a pure culture of yeast. 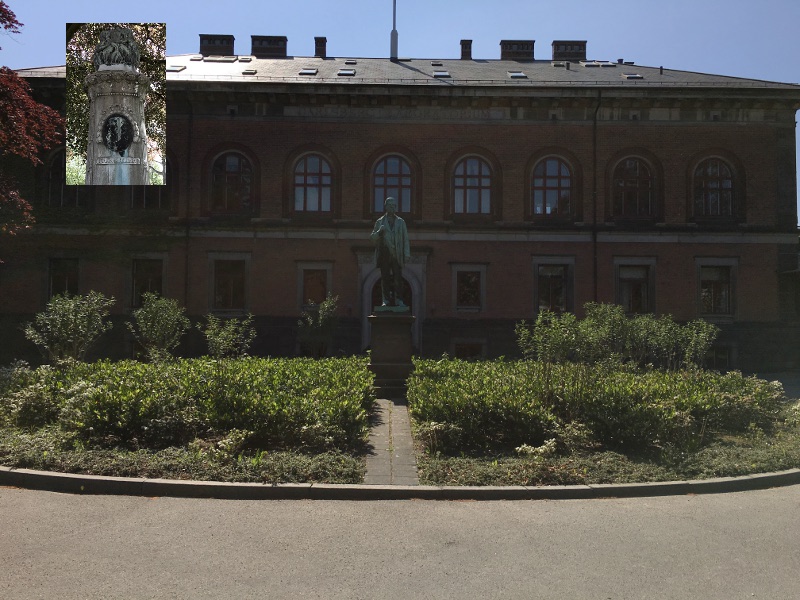 On daytrips from Copenhagen I visited Helsingør and Roskilde. These photos show the castle and cathedral in these towns, respectively; both of these are UNESCO-listed. For the maritime/ship museums I visited, I'm planning a dedicated post later. 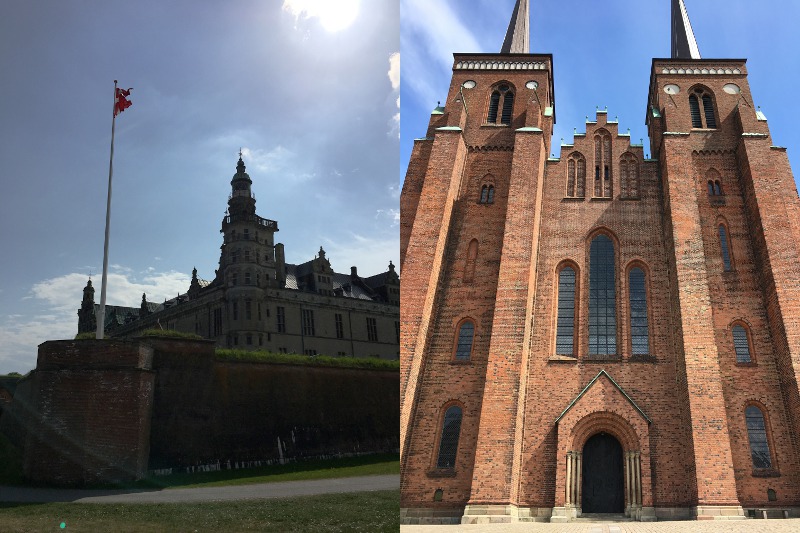 The highlight of the Designmuseum was a room that was filled with chairs. It's neat to see some much care put into the design of such an everyday object. While I was there, they also had an interesting exhibit on influence between Danish and Japanese design. 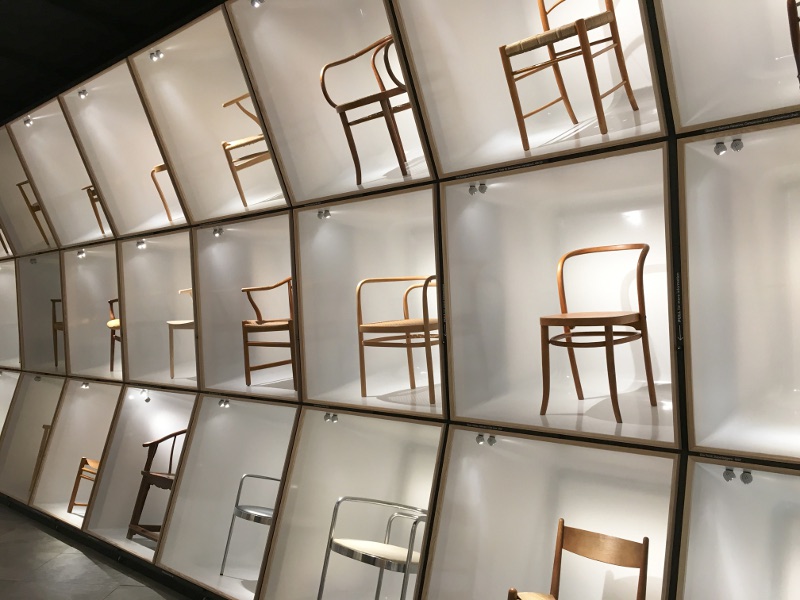 A couple of things that looked neat but I didn't have time to do on this trip included art museums like the Glypotek, and architecture tours from DAC. It would also be great to spend more time biking around the city and boating (whether by kayak or something else) on the canals and harbour.

After my time in Denmark I took a train to Amsterdam, passing through part of Germany on the way. In Hamburg, I had enough time to go see the Speicherstadt, the Elbphilharmonie, and a few historic churches, and to get some currywurst for supper. In my next post I plan to describe my time in Amsterdam.