The second part of my visit to the Netherlands was spent in the Rotterdam area (there are a lot of "'dam" places in the Netherlands; I also passed through Zaandam and Schiedam). In this post I'll share some of the highlights of my time there.

Rotterdam is the busiest port in Europe. It sits just inland of where the largest portion of the flow from the Rhine River (called the Nieuwe Maas at that point) enters the North Sea. Because Rotterdam was heavily bombed during the Second World War, it is a much newer city (in terms of its built environment) compared to Amsterdam. As a result, it is known for its contemporary architecture (it's one of the few places in Europe that has a similar vibe to Chicago in that sense). The areas around Rotterdam are intensely agricultural (see this National Geographic article about Westland for some indication); I had some very good cheese while I was there and enjoyed biking through some polders.

When I travel to other countries, I like getting beyond the main tourist locations. Rotterdam gets plenty of tourists (it has a big cruise ship terminal), but, in contrast to Amsterdam, when you go to a restaurant most of the other guests are locals. During my time in Rotterdam, I stayed in a very cool floating hotel.

Here are my top 5 experiences from Rotterdam and the surrounding area:

Other things I did in Rotterdam included going to the beach at Hoek van Holland* and a brief visit to the maritime museum.

Here are some photos and notes from my time in Rotterdam:

Here are the Erasmusbrug and the "periscope building", as seen during the harbour tour. I've also included a photo of a LNG-fueled barge and a container ship being unloaded in the Waalhaven: 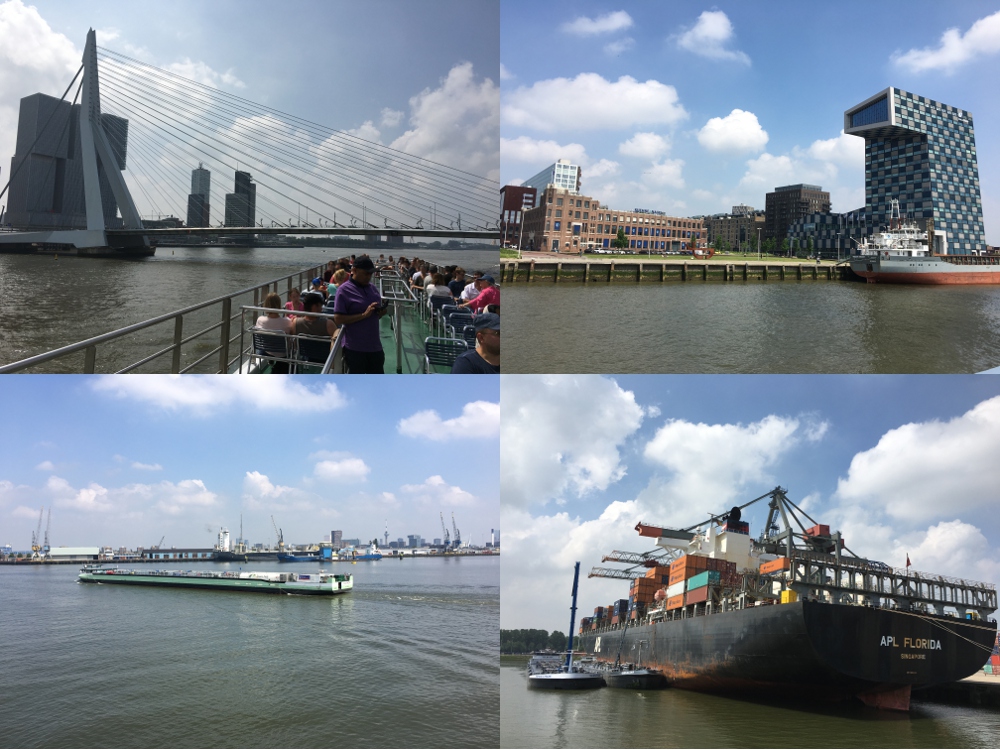 This collection shows some of the architecture in Rotterdam (left to right, top to bottom): the cube houses are quite well known; the Willemsbrug is another bridge not far from the Erasmusbrug (the "Happy Pontist" blog has a whole series on bridges in Rotterdam; since he was there, a new pedestrian bridge was built via crowdfunding); a floating pavilion for events and a floating forest art installation; the floating hotel I stayed at; Sint Laurenskerk, which was badly damaged during WW2 but restored afterwards (I lit a candle and said a prayer for peace inside because it seemed fitting); the skyline of the Wilhelminapier. Here are a couple of articles on architecture in Rotterdam. 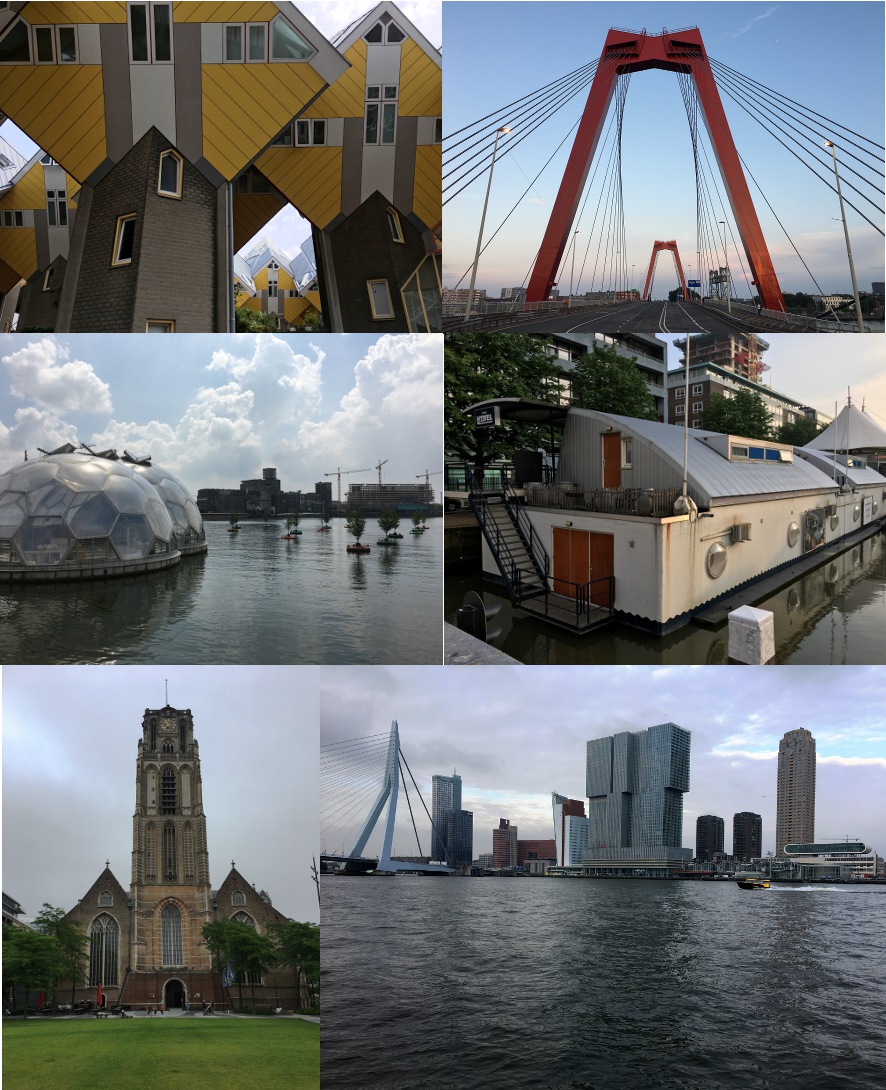 Outside and within the Markthal:

Here is a view of Delft from the Nieuwe Kerk. Willem van Oranje was assassinated in Delft and buried in that church. Other well-known figures connected to Delft include Hugo de Groot, Vermeer, and Antonie van Leeuwenhoek. The Technical University of Delft does some world-class water research. 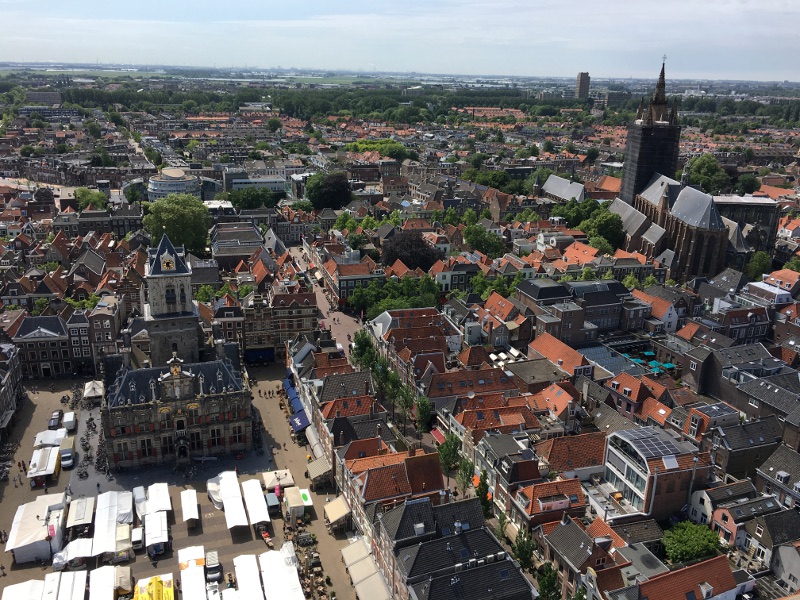 On my last full day in Rotterdam, there was an opportunity to access rooftops around the city. It would have been cool, but I already had plans. If I'm ever back in that area, other things that I didn't fit in on this trip include kayaking in the Biesbosch National Park (on the waterbus route a bit past Dordrecht), taking a longer harbour tour out to "Futureland", and renting a boat in the inner harbour (a spot I had supper one night has hot tub boats for rent).

For my next couple of posts, I'm planning to go into more detail on some of the naval/maritime museums I visited in Denmark and the Netherlands and then on some flood control infrastructure, etc. I saw while biking around the countryside.